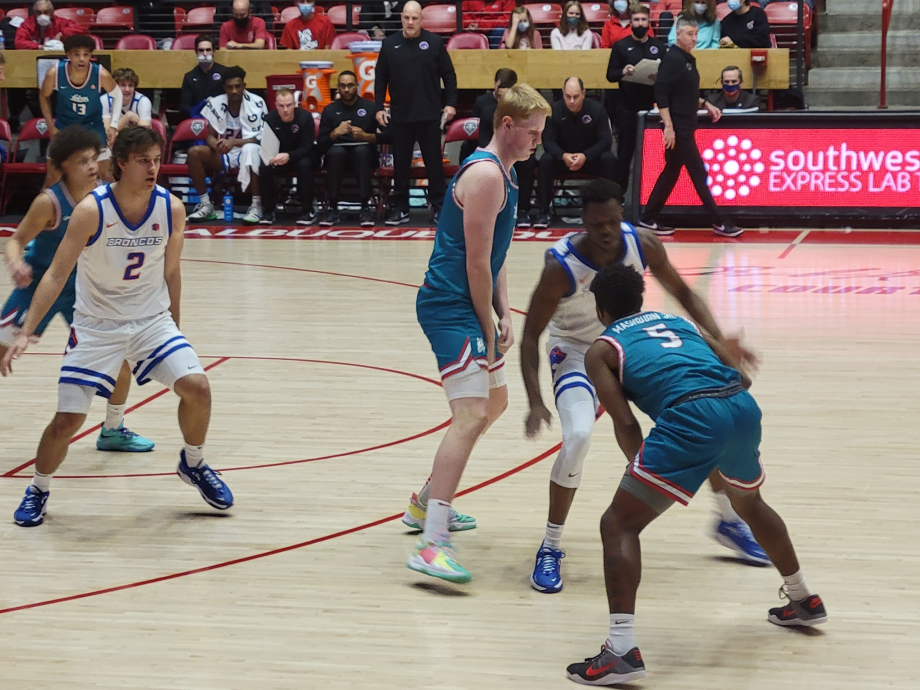 The Lobos Men’s Basketball team is still looking for its first conference win this season, but there is far more to story than the goose egg in the win column.

There are elements within the team. Injuries, growing pains and a tragedy involving Gethro Muscadin have impacted the team’s growth and development under first-year coach Richard Pitino.

Then, there is a stacked, talented Mountain West conference around the Lobos.

“Tough time to be rebuilding”, said Richard Pitino as part of a news conference earlier this week.

“You’re looking at potentially, right now, four teams to go to the NCAA Tournament… it’s a great league, and we will be there at some point as we get bigger and stronger and keep building. It is good for our guys to learn from, but I have been blown away by how good the league is”.

Going into games scheduled for January 25th, there are four MWC programs in the top 50 in NET rankings and six in the top 75.

Those numbers will likely not make Lobos fans any less patient or understanding. They are just another part of this season’s story and an obstacle for Richard Pitino’s team to face.

“I think you can tell now there is a buy-in”, said coach Pitino. “Maybe that UNLV game woke guys up a little bit. I have told them over and over again, ‘Nobody is holding you against your will to be here’. This is a privilege to play here. Either you are in or you are out. Sometimes those are tough conversations and tough decisions, but it seems like we are headed in the right direction”.

Several lineup combinations and playing fast and decisive. Jaelen House and Jamal Mashburn Jr. are adjusting to new roles. Jay Allen-Tovar is more dialed in and showing his range of skills. Sebastian Forsling is making significant strides under the basket. KJ Jenkins is still a sharpshooter.

None of that has translated into a conference win (yet), but the Lobos are giving themselves a chance. That is more important than simply making the best of a tough situation. Over the last 2-4 games, the team is putting itself in a position to win in the game’s closing minutes, something that was not easy to imagine two weeks ago after the 85-56 loss at UNLV that Pitino referenced.

It is one thing for a coach to say that their team is moving in the right direction. It is another to be able to see it with your own two eyes.