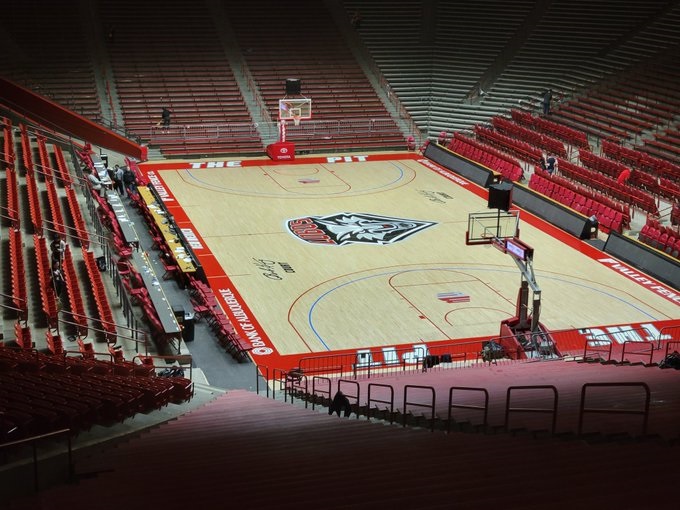 The selection committees have made their picks. The NCAA and NIT brackets are set. There is plenty of basketball left to be played for Mountain West teams. Here is the schedule for their upcoming games.

Starting with the Lobos, while it is not the NCAA Tournament appearance they hoped for, coach Bradbury and the UNM Women’s Basketball team gets to play a postseason game on its home Pit floor. The Lobos will host Grand Canyon Wednesday, March 16th at 7:00 p.m.

The Lobos survived a rough shooting night in the MWC Quarters to beat San Diego State 63-60. The abnormal shooting woes continued in the semis, where CSU beat UNM 82-71.

Back in the “Big Dance”, the Mountain West is a four-bid league this year, the most teams the conference has sent to the tournament since 2013 (five).

Wyoming gets the MWC started on Tuesday night in the Play-In Round. The Cowboys are a #12 seed and take on fellow #12 Indiana. Both teams fell in their respective conference semifinals, with the Hoosiers making a surprise run before losing to Iowa in heartbreaking fashion. The Cowboys and Hoosiers meet Tuesday at 7:10 on TruTV.

David Roddy and the Colorado State Rams earned the best seed at #6. The Rams have their own MWC-B1G matchup as CSU takes on #11 Michigan Wolverines. That game is Thursday, March 17 at 10:15 a.m. on CBS. The Wolverines are a 2 ½ point favorite over CSU.

Right around the time CSU’s game should be coming down to the wire, the 8-seed Boise State plays coach Penny Hardaway and the #9 Memphis Tigers. Leon Rice and the Broncos come into the dance with plenty of momentum, winning the regular season and conference tournament championships.

Meanwhile, Memphis really turned things around after a frustrating start that saw Hardaway go on an expletive-filled tirade following a loss to SMU in late January. At that point, the Tigers lost three in a row to fall to 9-8 overall and 3-4 in conference. Following that viral postgame presser, Memphis went 12-2 over its final 14 games.

Boise State and Memphis meet Thursday at 11:45 a.m. on TNT. The Broncos are 2 ½ point underdogs.

Later on Thursday evening, San Diego State has its own 8-9 matchup with Creigton. The Aztecs had two opportunities at a game-winning shot in the MWC Final, but they both missed, so the Aztecs finish as the runner-up. Just like SDSU, the Blue Jays fell in their conference title game, as they lost to Villanova in the Big East Final. One of Creighton’s notable losses was also a notable win for Colorado State, when the Rams beat the Jays 95-81 at a tournament in November 2021.

SDSU and Creighton meet Thursday at 5:30 on TruTV. The Aztecs are 2 ½ point favorites.

Back in the NIT fields, Justin Bean and Utah State are the lone MWC team in the Men’s NIT field. The Aggies host the Oregon Ducks. They will meet in Logan, UT at 7:00 on Tuesday, March 15th.. The game will be televised on ESPN. USU sits at -5. The Aggies fell to Colorado State in the Mountain West Quarterfinals.

In the Women’s NIT, the Lobos are joined by Colorado State, Wyoming and Air Force.