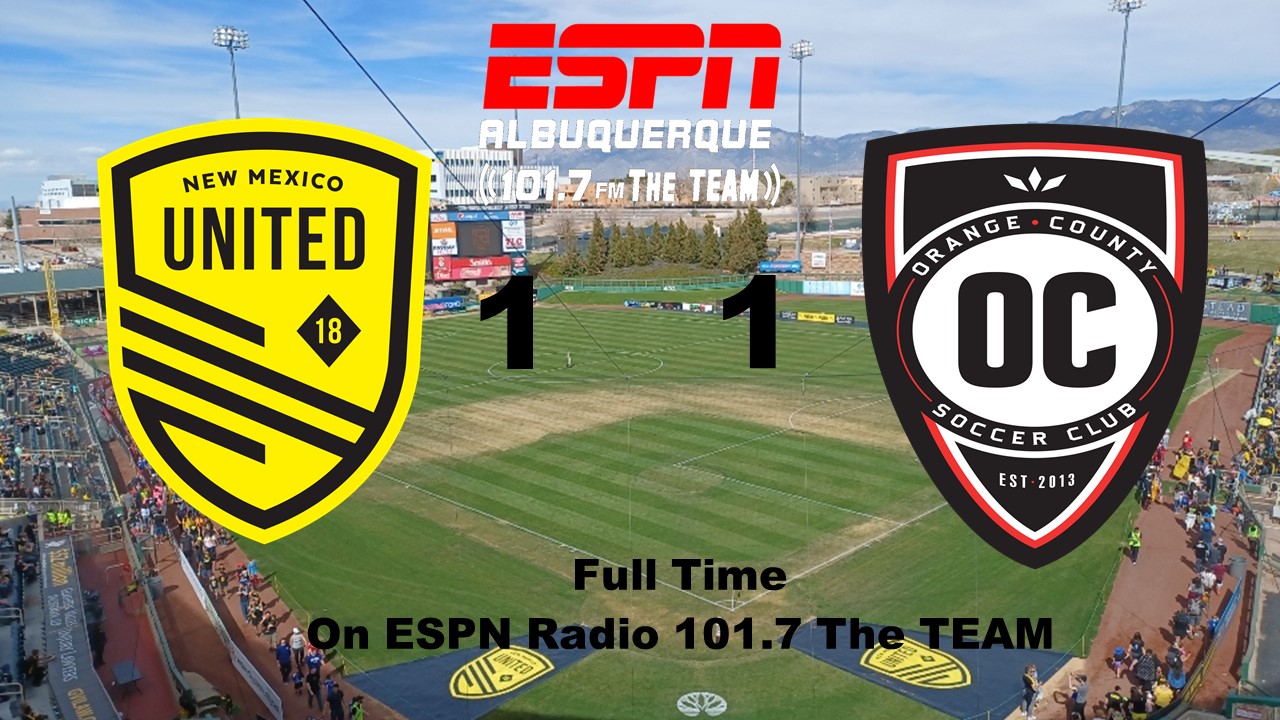 Orange County did not look like the defending champions. Nor did New Mexico United look anything less than comfortable at The Lab.

Despite that level of comfort and the control that United exhibited throughout, the match felt like it was building towards something. Compared to the first two matches, when United were content to sit back and concede possession, they wanted to play more on the ball. That possession did not lead to any breakthroughs in the first half, though.

At halftime, Zach Prince opted to make his first change of the match, bringing on Sergio Rivas for Tabort Etaka Preston. Within minutes, the explosiveness of Rivas was on display as he made a run at the Orange County defenders, opening up some space for the hosts to work in behind the midfielders. It also attracted the attention of the outside backs, leaving Daniel Bruce room and time to get on the ball out wide. Bruce had attempted crosses throughout the afternoon, but he was finally able to connect with Harry Swartz in the 78th.

Besting Alex Villanueva once again, Bruce got in behind and, after settling the ball, drove a cross into the far post. Swartz directed his header just inside the woodwork to give United the lead.

The scoreline would hold until stoppage time, when Orange County found a last-gasp equalizer. United conceded a corner off of a diving save by Alex Tambakis, and the kick was a dipping ball towards the back post. Erick Torres was able to get just enough of his head onto the ball to send it back into the center of the box for Milan Iloski. Iloski would clean up the loose ball and find the back of the net to steal a point on the road.

Rashid Tetteh: Tetteh’s defensive play in the afternoon was a wonder to watch. Between his recovery runs and being a general terror inside the box, Tetteh didn’t lose a single duel that evening. He also provided three interceptions, two tackles, and a clearance to keep the Orange County attack under control.

United return to action on Wednesday, March 30 with another home match. Their opponent that night will be Oakland Roots SC. After their first two matches, the Roots sit winless and at the bottom of the Western Conference table. They still have one match in between as they take on Monterey Bay FC on Saturday night. The Wednesday night clash will kickoff at 7 p.m. MT and will be streamed live on ESPN+. The match will also be broadcast locally on ESPN Radio 101.7. The TEAM, via the TEAM App and website.