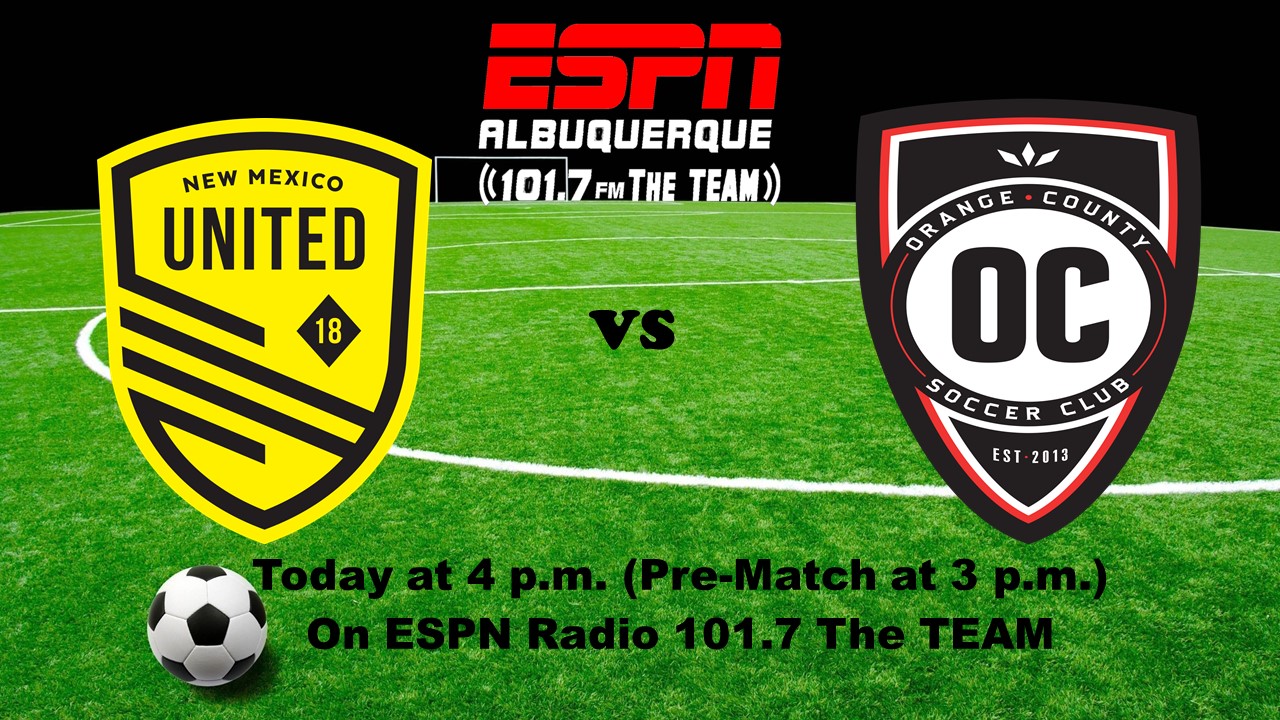 Through the first two matches of the season, New Mexico United has shown a side that supporters begged for during the Troy Lesesne era. In week one, the club scored two goals off of two set-pieces. In week two, they came from behind to end the longest home unbeaten streak in the USL.

Both of these events occurred while United was surrendering the majority of its possession. The Zach Prince era is well and truly underway.

Confidence has to be high after defeating rivals El Paso on their home pitch, but the next match is sure to be a tough test. This weekend, United plays host to the defending USL Cup Champions, Orange County SC. Orange County opened their season with a loss to Colorado Springs but bounced back last weekend with a victory over Rio Grande Valley. Just like other clubs, the champions went through some offseason roster changes that are still a work in progress.

While there were plenty of returning faces, one of the more significant changes they are having to adjust to is the transfer of Ronaldo Damus. Damus transferred to GIF Sundsvall in the Swedish Allsvenskan. With the loss of Damus, the club turned to veterans like Milan Iloski and the incoming Erick Torres to fill the gap.

Mikko Kuningas: The midfielder has been with Orange County since the 2021 season and has become a regular on the team sheet. His contributions off the ball are arguably the best part of his game. He’s a creator and distributor and will be a player to watch on Saturday evening.

Over their first three seasons, United became known for a style of play that focused on holding possession and playing out from the back. Now in year four, there has been a shift to trying to be more comfortable being out of possession and taking what their opponents give them. United has been held to less than 50% possession in the first two games, but that hasn’t stopped them from being dangerous in transition.

Against El Paso, United took advantage of multiple mistakes by keeper Evan Newton and were able to come from behind. Orange County is not likely to make the same mistakes at the back. Prince’s club will need to be more methodical against the defending champs. Justin Portillo has played well so far and could play a key role in breaking up the Orange County attack.

After missing the away opener, there’s a chance that the return of Josh Suggs and Kalen Ryden could happen this week. If either of them were able to return, the back line would be the strongest opposition that the visitors would have faced so far this season. It also opens up the chance that Raddy Ovouka could make his highly anticipated debut for the Black and Yellow. Ovouka’s inclusion could be the piece United needs to put an end to some early-season struggles on the left side.

Neco Brett: In an offseason filled with signings, Brett could be the one with the highest ceiling. He has two goals in two appearances since joining United. Against Orange County, Brett will need to find space between the defenders and have the pace to cause them lots of problems.

Saturday’s match is scheduled to kickoff at 4:00 p.m. MT from Isotopes Park. The match will be broadcast live on ESPN+ domestically and on YouTube for international viewers. The match will also be carried locally on ESPN Radio 101.7. The TEAM.