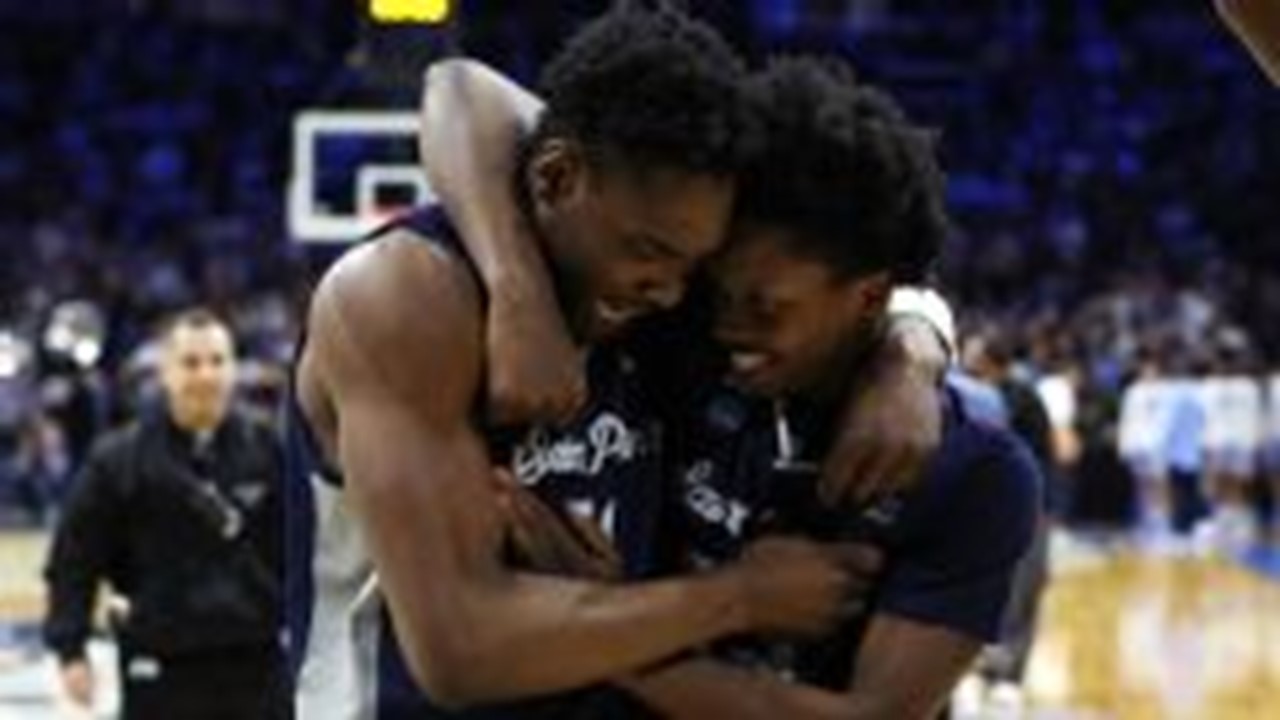 The clock finally struck Midnight, the pumpkin carriage turned to pumpkin pie, and the glass slippers shattered. The Cinderella story of No. 15-seed Saint Peter’s became a sidebar. Their magical run came to an end, and in the end, all was well (or at least normal) in the Final Four.

North Carolina put an end to Saint Peter’s journey through the NCAA tournament. And in the end, unfortunately, it looked more like a pre-season buy game at the Dean Dome than a game with a trip to the Final 4 in the balance. But alas, it was the end of the road for the Peacocks in a resounding 69-49 victory. One that was a runaway from the start with the Tar Heels leading 38-19.

Saint Peter’s looked like a 22-12 team facing a team that improved to 28-9 on the season. Outmatched. But give the credit to the better team coming out and doing what the analysts said they needed to do, come out with confidence, instill their will and put the Peacocks out of their misery early.

All tournament long, Saint Peter’s did the unthinkable and gave fans the feel-good story that is sought for during the Big Dance. The underdog (or Cinderella) making a long run.

The Peacocks’ run was stopped a game short of being the first 15-seed in the Final 4. Congratulations go out to Saint Peter’s and the school’s players and fans.

That brings us to the next matter, the Final 4.

With all the ups and downs, back and forth action and intrigue, we’re right where we seem to be every year with pretty much the same suspects.

With the win over Saint Peter’s, North Carolina will face off against Duke, a team they beat in Coach K’s final home game. Yeah, nobody saw this matchup coming.

The winner of that game will face Kansas or Villanova. Do these names sound familiar?

Yes, this should be an outstanding Final Four. But it almost seems scripted, especially in what I thought was quite an unpredictable NCAA Men’s Basketball tournament.

Unpredictable until the Final 4, that is.

So now that we’ve gone through two of the best weeks of the year, we wait until Saturday to see who will move on to next Monday for a chance at winning the NCAA Men’s Basketball title and cutting down the nets.

One thing nobody can cut down, is the run Saint Peter’s made to make its school’s name a household name, even for just a couple of weeks.

The Peacocks’ win over Purdue on National Peacocks’ Day was not scripted, nor was the win over Kentucky on Saint Patrick’s Day.

Those wins were what the NCAA Tournament is all about.