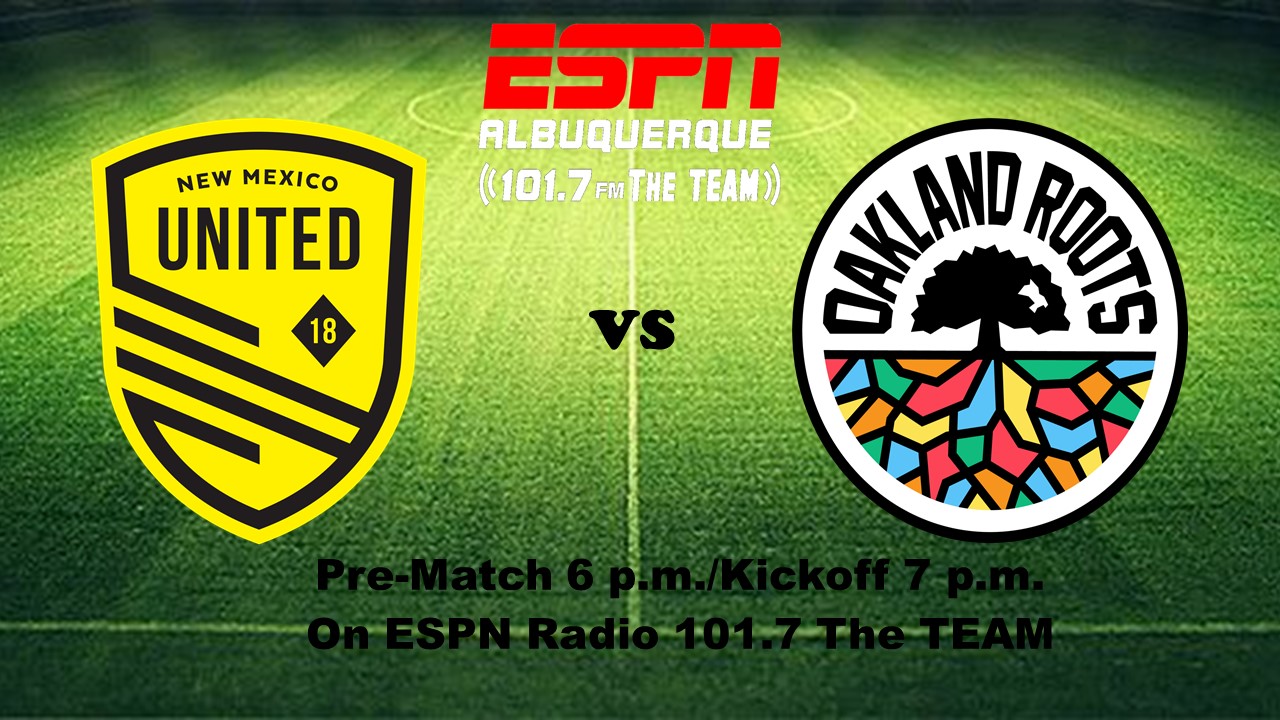 With the USL Championship 2022 regular season getting back to its regular length, there are far fewer midweek matches throughout the season. New Mexico United faces its first test this week when they host Oakland Roots SC. Neither club is coming off of a result that they were completely happy with, but the early results favor the hosts on Wednesday.

Oakland has opened their season with three consecutive losses, the last the result of a 90th-minute goal by Monterey Bay FC. While the start to their season hasn’t been ideal, they have some players on their roster that they may be able to rely on as the season passes. The stats from the match against Monterey Bay are misleading compared to their first two matches. Oakland likes to build possession and work the ball in their own half while looking for openings to attack.

This style of play doesn’t lead to many chances being created, and even fewer goals. Oakland’s best chance to pick up points on Wednesday is to frustrate United. They can accomplish this by forcing United into a slower pace of play and stopping United from playing at that pace. If they can do that, they increase their odds of walking away with at least a draw.

Óttar Magnús Karlsson – The Icelandic international has been a shining light for the Roots this season. In two appearances, the centre-forward has tallied two goals, both coming against Monterey Bay. With enough service, Karlsson could have a defining goal in Albuquerque.

United is unbeaten through three matches and, under Zach Prince, has shown a much more aggressive mindset than in prior seasons. Even without holding possession, Prince’s club has been able to find ways to take leads in all three matches this season. The pace of play up top from Neco Brett and Tabort Etaka Preston has been an eye-opener for supporters. There’s a level of comfort between the two that has quickly developed, and they can play off of each other.

The improvements don’t stop there. Sam Hamilton, Harry Swartz, and Justin Portillo have all had very good beginnings to their seasons and have dramatically improved the quality of United’s midfield. This is going to be the key to the hosts’ walking away with all three points. The transitional play of the midfield and the ability to turn upfield are what will allow United to break down the midfield and the defense of Oakland on Wednesday.

Justin Portillo -Since joining the Black and Yellow, Portillo has been a solid option every week. His vision and ability to spot key passes have created numerous opportunities for United. If he can continue to do so, he will be a menace to Oakland to deal with.

The game will begin at 7:00 p.m. from Isotopes Park. Wednesday’s match will be streamed live on ESPN+ domestically and on YouTube internationally. The match will also be broadcast live on ESPN Radio 101.7 The TEAM, via The Team app and the TEAM website.