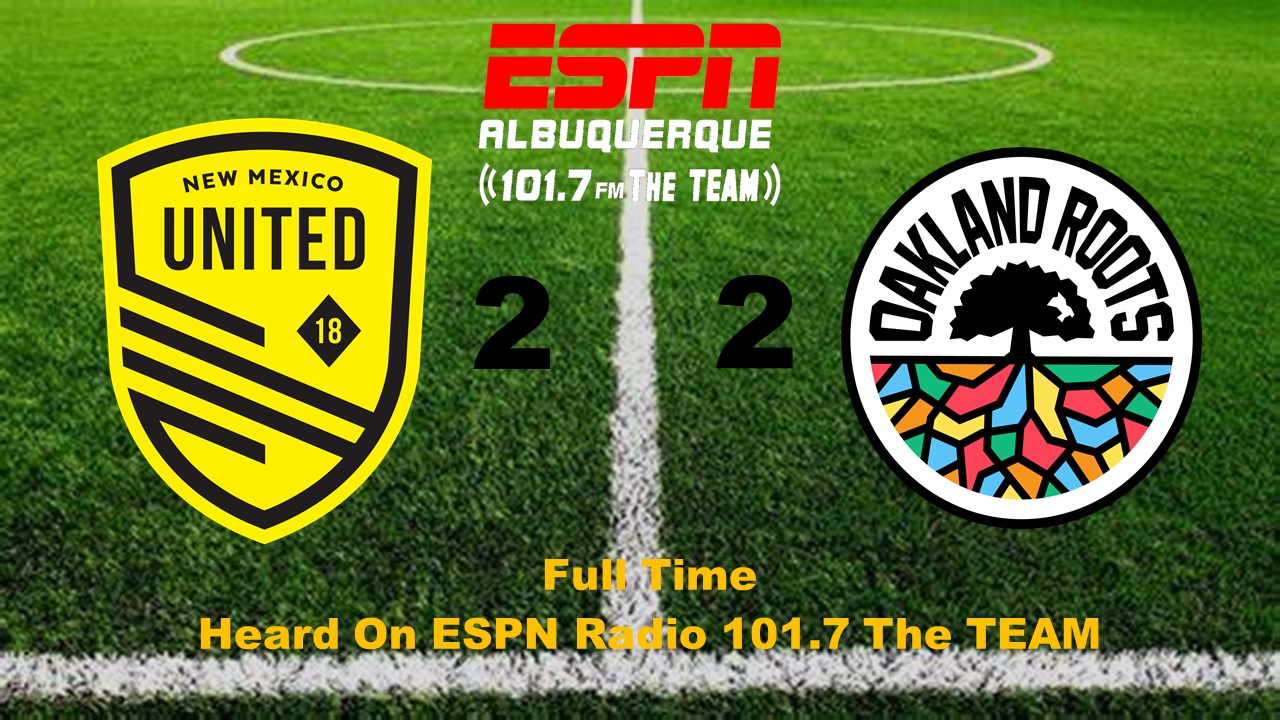 Despite showing up later than expected to The Lab, Oakland Roots came out ready to play.

After thwarting an early attempt by Sergio Rivas and a missed shot by Neco Brett, the visitors were the first side on the scoreboard. In the 8th minute, Alex Tambakis punched a ball out of the area, but it fell to Joseph Nane at the top of the box. Nane flicked the ball back inside the area where Charlie Dennis slid the ball into the bottom right corner.

Using the eye test, United looked to be the better side for much of the first half, but Oakland was visibly more aggressive. Oakland was tenacious in their attack, particularly when given set pieces to work with. What worked more in their favor though was that the hosts were having trouble clearing the danger area. United continued to do just enough to avoid any a let down on any of the attempts before the half ended.

As the match headed into the first half stoppage time the hosts were able to pick up an equalizer. Chris Wehan worked the right side of the box and ripped in a low cross looking for Brett. The Oakland keeper was able to get a hand out, but left the ball in play for Brett, who picked up his third goal of the season.

The momentum picked up from the goal carried over into the second half and United came out far more energetic than they had to start the match. United pressed forward trying to limit the movement of Oakland and forced the visitors into a number of mistakes.

In his first start of the season, Sergio Rivas rebounded from a tough first half finally make an impact in the 69th. With the ball played towards the near side of the pitch, Sam Hamilton picked it up and lofted a cross into the six-yard box. Just as it looked like no one but the keeper could get to it, Rivas sprang from his spot on the pitch and headed home to give United the lead.

United looked well on their way to victory, pressuring the visitors in their own half and creating opportunities for themselves in the final third. Then came stoppage time. For the second match in a row, United fell victim to a stoppage time goal. This one was headed in by Tarek Morad to steal points for the visiting club.

Sam Hamilton – Sam has been tremendous for United since his return from injury and tonight was no different. 96% pass completion, two tackles, one clearance, one assist on the night, and great all-around play from the fourth year United player.

United’s next match will come on Tuesday, April 5th when they make their entrance in the 2022 US Open Cup. Their opponents for the second round will be the Las Vegas Legends from the NPSL. That match will be at the UNM Soccer Complex with kickoff scheduled for 7 p.m. MT.