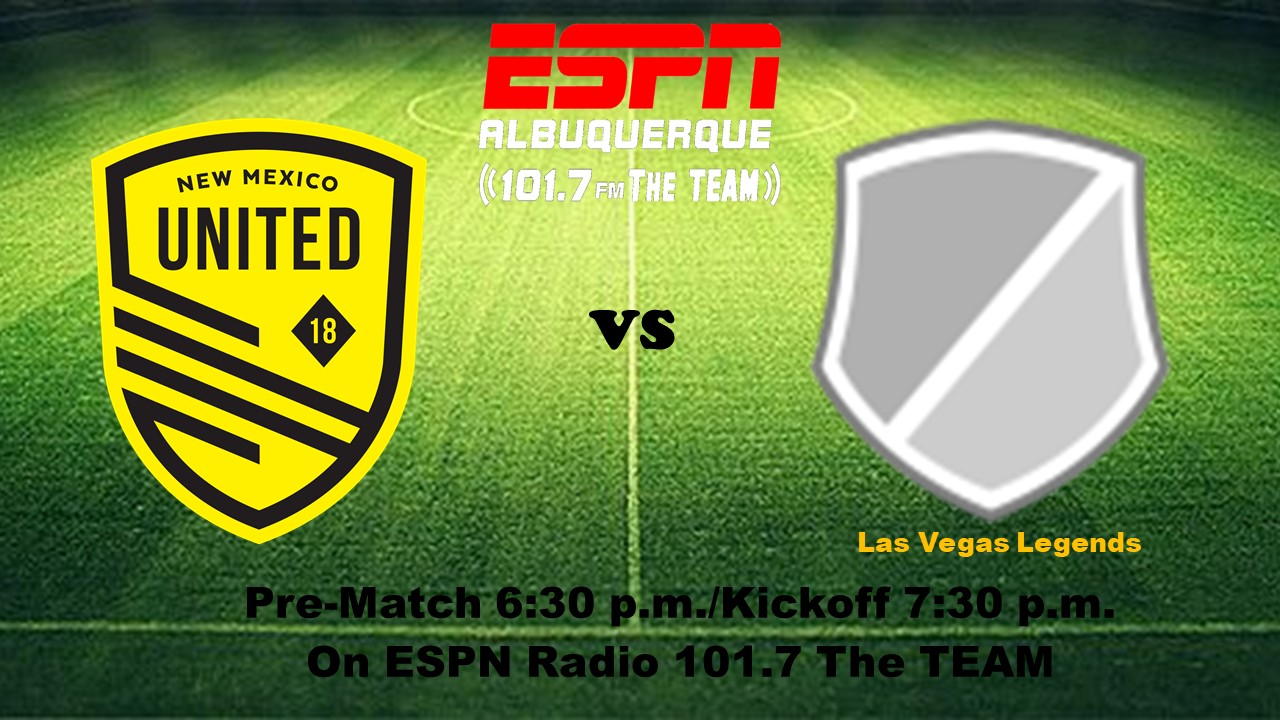 After a two-year hiatus, the magic of the Open Cup has returned. This time around, New Mexico United is no longer an unknown quantity but has to be considered one of the favorites among the USL clubs.

In 2019, United shocked the soccer community by making it to the quarterfinals. In order to get there, they defeated two other USL clubs and two MLS clubs. They also had to do so while playing each of their matches on the road. On Tuesday night at the UNM Soccer Complex, United will face the Las Vegas Legends (NPSL) in the second round of the 2022 Open Cup.

The Legends made their Cup debut in the first round when they held on to defeat Park City Red Wolves by a final score of 3-2. Las Vegas started strong but showed some tired legs in the second half when they allowed the Red Wolves to close the gap from 3-0 to 3-2. That fact alone could be the biggest issue for the Legends when they come to Albuquerque. United has more pace and more time training at the altitude the clubs will have to contend with, both of which play into the hosts’ favor.

Las Vegas was the 2021 NPSL Southwest Division champions, so they aren’t without talent. Whether or not they can hold their own against a higher division club remains to be seen.

United has been to the Cup before and knows how important it is that they perform well. Their run in 2019 threw the club into the national spotlight and showed what the Magic of the Cup really is.

The second round of the Open Cup comes at a great time in the season for United. With a week of rest after a mid-week draw against Oakland Roots and ten days before they return to league play. That timing could open up a window for Cristian Nava, Carl Sainte, and Raddy Ovouka to get their first starts of the season. It also could be a chance for Zach Prince to rest some guys that have been dealing with minor injuries. Either way, Prince will send out a starting eleven that will give Las Vegas fits.

To a man, United are in a much better position in terms of talent and depth compared to their opponents. While this matchup will favor the hosts, Prince and company are aware that they cannot afford to overlook any opponent.

Carl Sainte – Sainte is a promising young player that hasn’t had a chance to show all that he is capable of. He’s tremendously talented and has a leg that rivals anyone else in the league. Given the opportunity, Sainte could be the player of the match.

United and Las Vegas are scheduled to kickoff at 7:30 p.m. MT. Tuesday’s Open Cup match will be streamed live on ESPN+ domestically. The match will also be broadcast live on ESPN Radio 101.7 The TEAM, via The TEAM App, and The TEAM website.