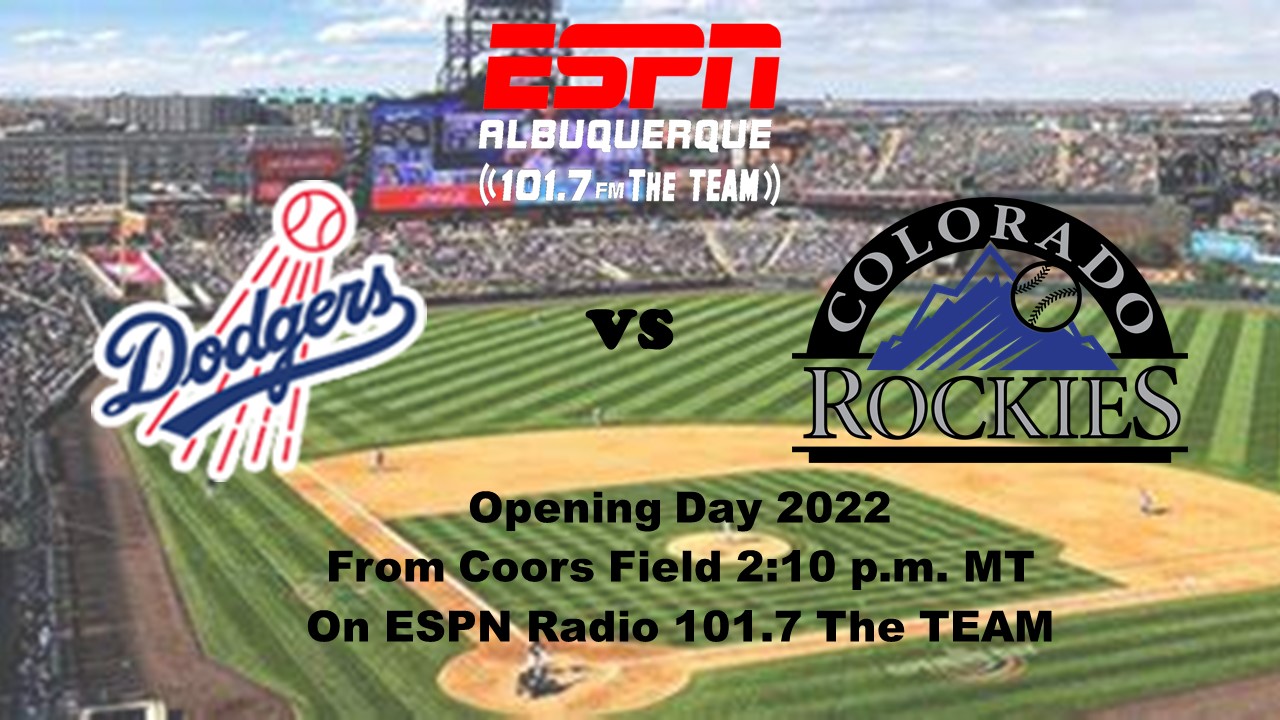 After a lockout and more uncertainty than answers, the 2022 Major League Baseball season begins Thursday. The Los Angeles Dodgers, heard here on ESPN Radio 101.7 The TEAM, begin the season Friday afternoon in Denver against the Colorado Rockies.

The Dodgers, winners of the 2020 World Series in a Covid-19-shortened season, fell short of making the Fall Classic in 2021 when they were eliminated by the Atlanta Braves, the eventual World Series champions, in six games in the NLCS.

As the season begins, the Dodgers feel they are more than ready to put the sting of falling short in the rear-view mirror and not only contend for a World Series championship but once again raise the World Series trophy.

As we know, a 162-game season seems like an eternity with many twists and turns.

The Dodgers, through some off-season moves, feel they have the twist and turns covered.

Freddie Freeman was brought in after helping lead the Braves to the World Series title.

He drove in 5 runs in the World Series against the Houston Astros.

With the Dodgers, Freeman is expected to lead with the bat as well as his defense on first base.

On the mound, Clayton Kershaw is still the mainstay in the starting rotation. But the bullpen has yet to fill the huge gap left when Kenley Jansen signed with the Atlanta Braves.

Mound support arrived with the trade for Craig Kimbrel, but the Dodgers gave up the consistent bat of A.J. Pollock in this trade.

Kimbrel collected 23 saves in 39 appearances with the Chicago Cubs in 2021. He added one save in 24 contests with the other team in Chicago, the White Sox.

Kimbrel’s first outing gave Dodger fans flashbacks of Kenley Jansen’s struggles when Kimbrel was roughed up for 4 hits, 4 runs and 2 home runs in a third of an inning against San Francisco Saturday.

Fortunately, Kimbrel will get to work out the kinks since this is only the Cactus League play.

Jansen led the NL in saves in 2017 with 41. He led all the major leagues with 24 games-finished and collected 11 saves in 2020 to help the Dodgers win the World Series title.

Dodger fans are crossing their collective fingers and hoping that Kimbrel gets his mojo back as a closer and shows what the Dodgers traded for. . With the expected defense and offensive skills of the Dodgers, Kimbrel should be able to adapt.

It all starts Friday in Denver at 2:10 p.m. MT and ends Wednesday, October 5 with a first-pitch time listed as TBA.

Dodger fans can be sure that there will be nail-biting and over-exuberance as we move through the season, but raising the World Series trophy and adding another ring will make it worth it.

Whatever happens, we know one thing. It’s baseball, and we’re ready to catch Dodger baseball fever.