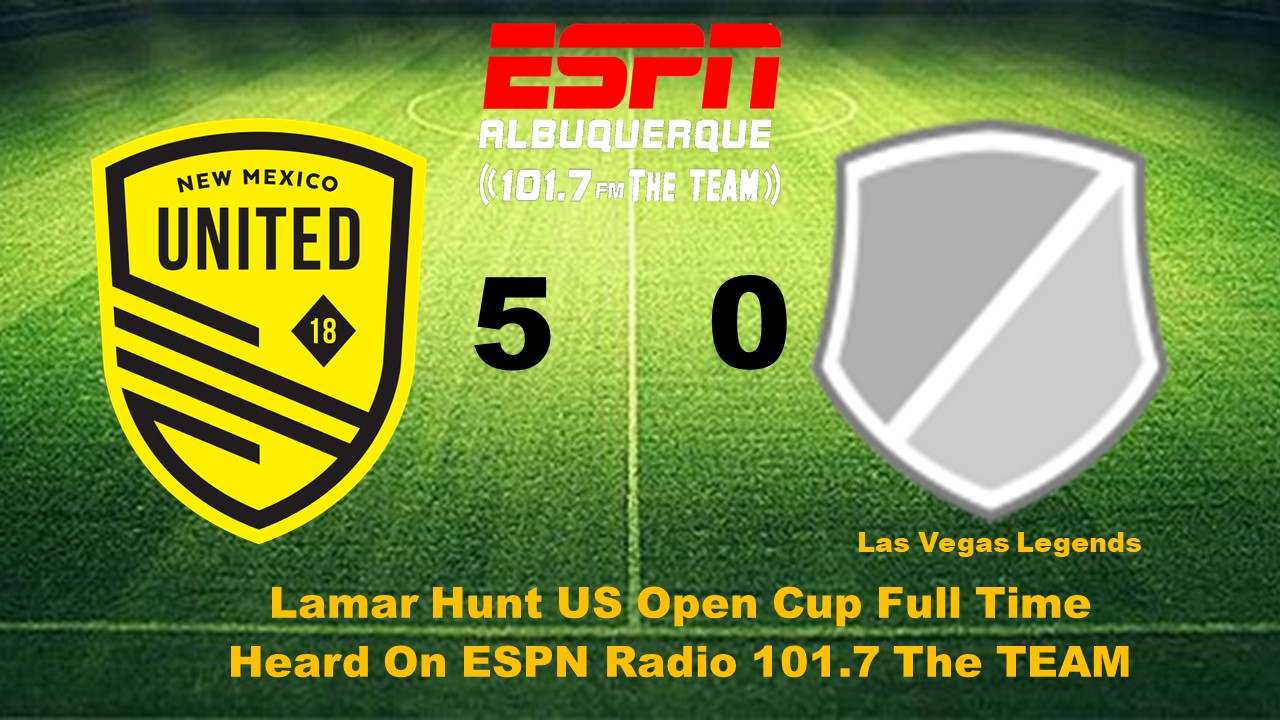 It didn’t take long for New Mexico United to go from zero to sixty on Tuesday night. They scored early and often against Las Vegas Legends as they rolled to a convincing win in their first match of the 2022 US Open Cup.

Chris Wehan found his way back onto the score sheet when he opened up the scoring for United. After Sergio Rivas drew a foul from the Legends keeper inside the box, Wehan stepped up and delivered a well-placed penalty kick for his first goal of the season.

Ten minutes later, Rivas was once again involved in a play inside the area. This time an attempted header went off the crossbar but fell almost straight down in front of the goal. Jerome Kiesewetter was there waiting for it and put the ball away to double the lead.

Raddy Ovouka picked up the club’s third goal for the night shortly before halftime. United was able to string together a five-pass sequence that left the wingback alone outside the six-yard box. Wehan made the final pass to set up the goal, which Ovouka buried in the bottom left corner.

The hosts were able to maintain their momentum after the break and found another quick strike. Another newcomer to the club, Carl Sainte opened his account with the club on an amazing strike from close to 21-yards out. Sainte ran up on a cleared cross and sent a laser into the left side of the net.

Las Vegas would concede another penalty with less than ten minutes to play in the match. The keeper, frustrated with the the events of the evening, was the one to make the mistake again. With Wehan now on the beach, Jerom Kiesewetter stepped to the spot and converted for his second goal of the night and the season.

Raddy Ovouka and Daniel Bruce – the pair of wingbacks put in several attempts each to work the ball back into the danger area. Both showed that they are capable of driving the line and also have a great ability to defend reliably.

Now United has to wait until the third-round draw to find out who their next Cup opponent will be. The draw will take place on Friday, April 8th, and will be streamed on YouTube.