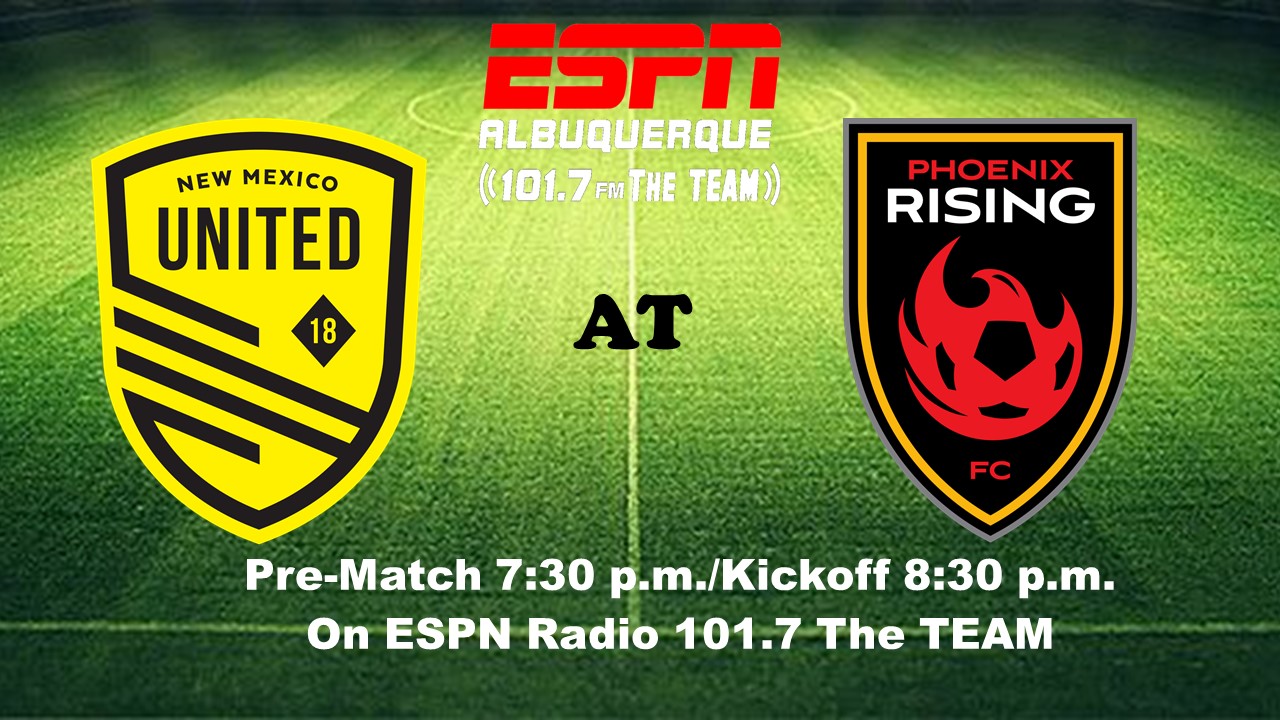 The last time the two sides met, Rising defeated United at Wild Horse Pass by a final of 3 – 2. That night Sergio Rivas got United out to an early lead but were done in by a trio of goals from Joey Calistri and Santi Moar. Moar isn’t available for the home side tonight and Calistri hasn’t found the net yet this season. Between both of those facts and the roster turnover that Rising faced this season, they’re off to a less than stellar start in the opinion of many around the league.

Even with their issues, particularly at the back, Rising are still in the thick of the fight in the Western Conference through the first five weeks of the season. They will face a tough test tonight against United and Zach Prince’s retooled club. Rising’s weakness this season is their back line and keeper. Through five matches, they’ve already conceded a quarter of the same number as the entire 2021 season. If Edward Delgado can’t keep his house in order, then Rising could face their first loss to United.

Claudio Repetto – Repetto is a familiar name to United supporters after he appeared against them last season while playing for Charleston Battery. In that match, Repetto scored the lone goal for the visitors. Repetto has pace and likes to run at defenders to get them turned towards goal. United will need to slow him down as part of their efforts to control the Rising attack.

The story of the week for New Mexico United is the return of Cody Mizell. Returning on a stated short-term loan from NYC FC, Mizell is stepping in to fill the gap left by the injury to Alex Tambakis. While the team sheet hasn’t been released for the Saturday night clash, there is a very good chance that Mizell gets the start for United. If he gets the start, Mizell could be the key to the match. Although the hasn’t seen any competitive action since 2020, he should be more than ready for this weekend.

Also playing into United’s favor this time around is the improved situation with the forwards over previous seasons. With the additions of Neco Brett and Tabort Etaka Preston, United presents a much more difficult front to face than before. Both Brett and Preston like to play into the area and have pace to push the Rising defenders to their physical limit. Their back line doesn’t compare in terms of athleticism and their cohesion has been called into question.

Cody Mizell – Some have said that Mizell has unfinished business with Rising, and that may be true. Mizell proved he was good enough to make it to the MLS and has an opportunity to be a leader for the Black and Yellow once again. He has shown time and again that he has the mentality and the physical ability to be one of the most dominant netminders in the USL.

Saturday night’s match is scheduled to kickoff at 8:30 p.m. MT from Wild Horse Pass. The match will be streamed live on ESPN+ for domestic viewers and on YouTube internationally. Locally the match will be broadcast live on ESPN Radio 101.7 The TEAM, via The TEAM app, and The TEAM website.