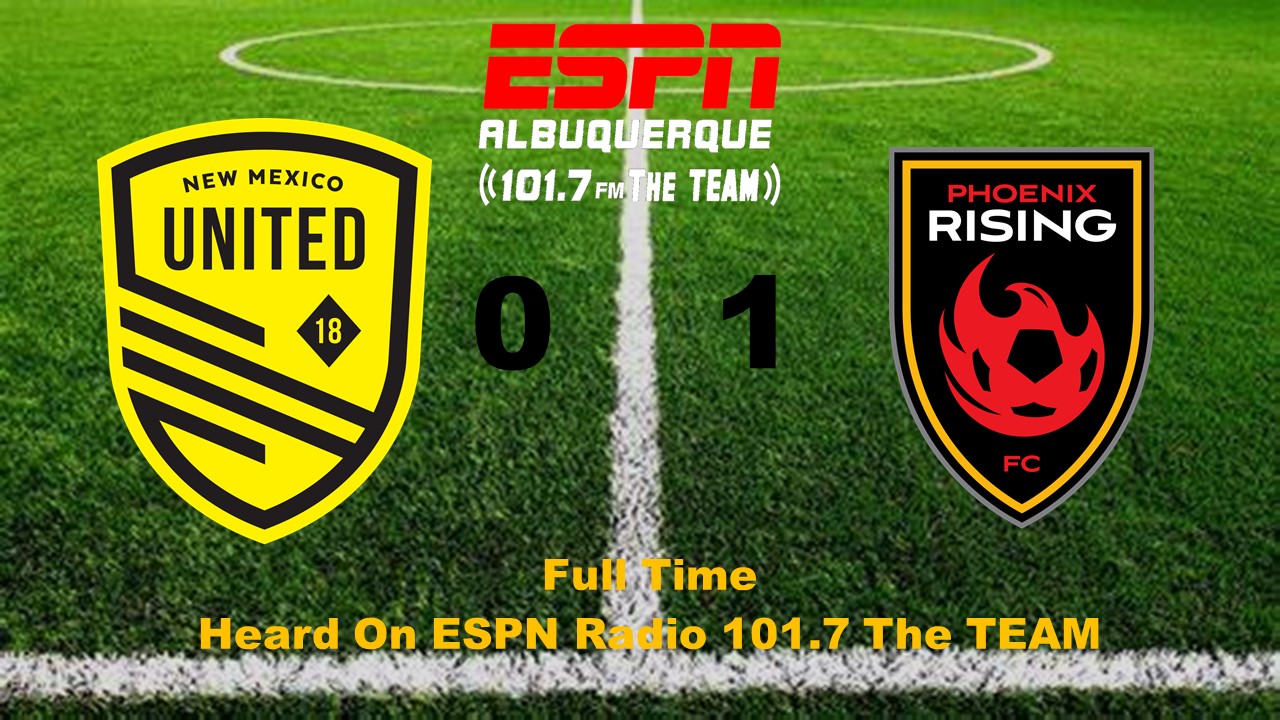 Phoenix Rising FC was able to hold off New Mexico United on Saturday night as they picked up a 1-0 win over the visitors from Albuquerque.  

In what was by far the lowest scoring match of the series between the two sides, it was the standout play of Rising keeper Ben Lundt that made the difference on the night. From the opening whistle, the front two of United looked as though they were going to cause a lot of trouble for the Rising defenders. Neco Brett got the first opportunity of the night for either side in the 7th when he was able to get to the box and pull Lundt off of his line. As Lundt went to ground, Brett took an attempt with his right foot, but couldn’t get the ball over the keeper and was denied a goal.

Rising struggled at the back trying to deal with the pace from United throughout the match, but took advantage of another save by Lundt off of a corner in the 14th. After punching away a header from Sergio Rivas, the ball fell to Kevin Lambert who found Omar Epps at midfield. Head up, Epps put the ball back into the middle of the pitch for Greg Hurst. Hurst was able to outpace the trailing Justin Portillo and work his way around Cody Mizell to slot home for the lead.

United would go on to put several more shots on target throughout regulation, only to be denied by Lundt each time they looked to be in a promising position. In the 90th, it looked like United had a golden chance to pull level when Ryan Flood took down Tabort Etaka Preston inside the box and the referee awarded a penalty to United. The veteran Chris Wehan was given the opportunity to take the spot kick, and though his shot had plenty of pace on it, he wasn’t able to put the ball into the corner, allowing Lundt to once again come up with a save to maintain the clean sheet.

Ben Lundt – The Rising keeper stood on his head and made a number of terrific saves for the hosts. At the end of the night, Lundt was credited with 5 saves.

United and Phoenix don’t have to wait long before they see each other again. The third round of the US Open Cup takes place this week and the two sides will face each other again on Wednesday, April 20 at Wild Horse Pass. The winner will be entered into the draw for the Round of 32.