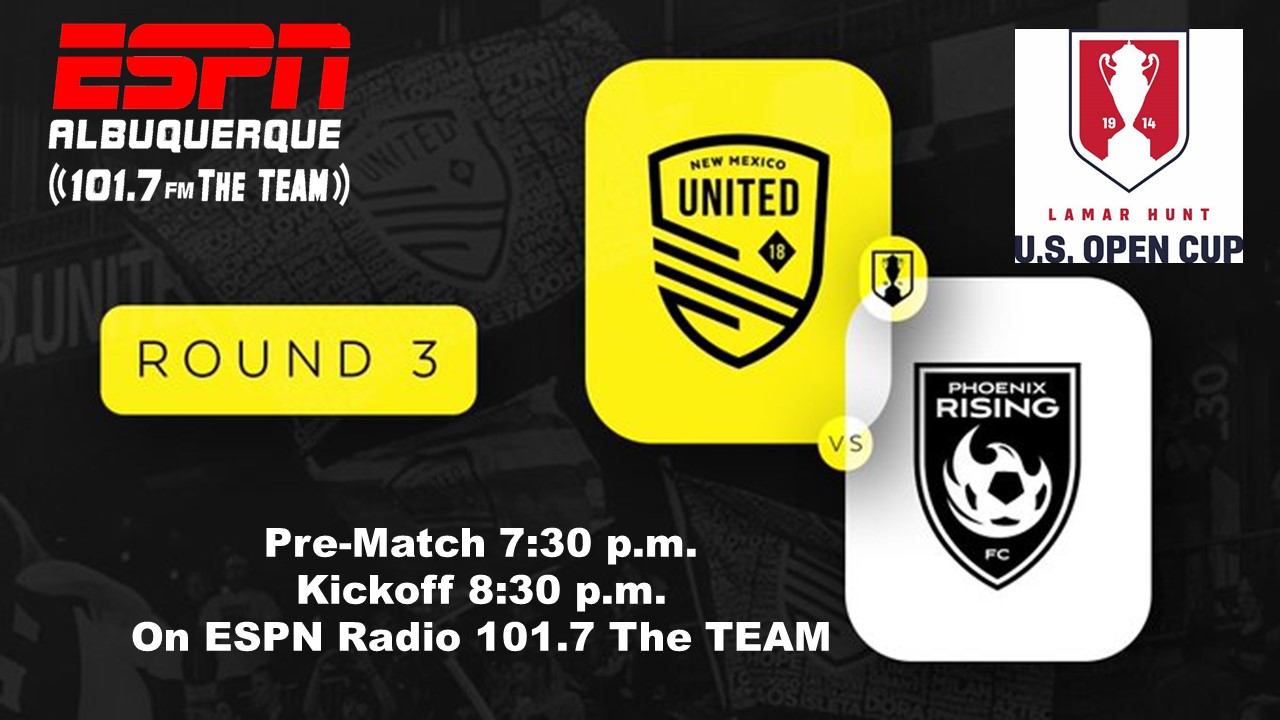 For the second time in four days, New Mexico United and Phoenix Rising FC will face each other. This time, a spot in the fourth-round draw of the Open Cup is at stake.

The two sides faced each other in the 2019 US Open Cup when United advanced over Phoenix after a penalty shootout. The clubs have gone through plenty of changes since then, with multiple players leaving their respective clubs and United going through a coaching change. Since the two sides just played on Saturday, the changes from both managers could be the deciding factor on Wednesday night. On short rest there is a chance that both clubs make changes up top, United specifically after Neco Brett and Tabort-Etaka Preston both played the full ninety on Saturday.

Another change that will happen will be Ford Parker getting the start in goal. Per US Open Cup rules, Cody Mizell is believed to not be eligible to play due to the reported length of his load to United. With Parker in goal, United will need to be just as solid at the back as they were on Saturday, if not more so. United had a solid showing against Rising on Saturday and allowed minimal chances to a dangerous Rising club. From front to back, United outperformed Rising and took away a number of positives that they can use in the Cup match.

Omar Epps – Epps’ vision allowed the hosts to break the match open over the weekend and he picked up an assist for his efforts. Epps will draw a lot of attention from United and is a threat inside the box.

Ford Parker – The match on Wednesday will be a far different atmosphere from what he faced in his other appearances since joining the club. Rising present a much more difficult opponent and will present a number of different looks that Parker will need to adapt to in real time.

Wednesday night’s Open Cup match is scheduled to kickoff at 8:30 p.m. MT from Wild Horse Pass. The match will be streamed live on ESPN+. Locally the match will also be broadcast live on ESPN Radio 101.7 The TEAM, via The TEAM app, and The TEAM website.