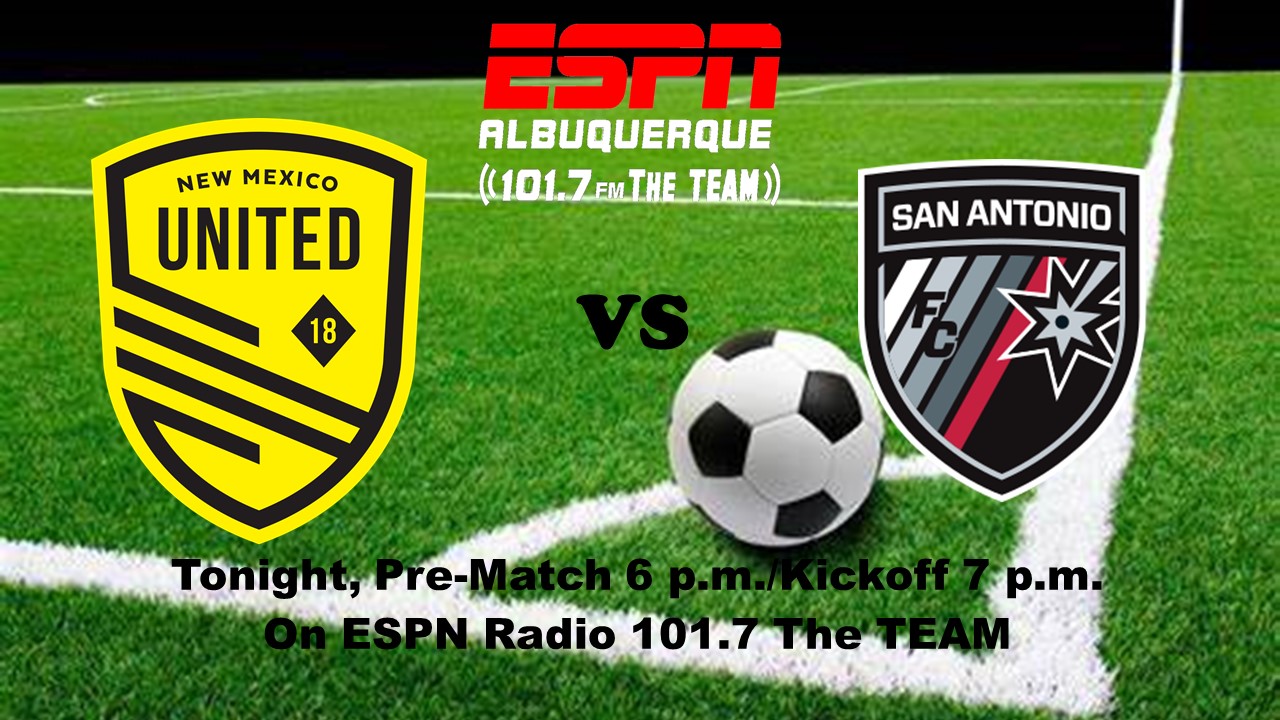 At this point in the season, New Mexico United and San Antonio FC are two clubs heading in different directions but have reason to be optimistic. Both have shown positive play in tough situations and could easily ensure that they are headed where they want to be at the end of the season. Before they get there, they have to face each other for the first time in 2022.

The recent history between the two clubs has largely gone in the favor of United. In 2021, United won three of the four matches by an aggregate score of 7-5. Two of those wins came in Albuquerque, but San Antonio made a run at the right time and found their way to a deep playoff run. This season, San Antonio has had to overcome some early roster issues to get where they are. Between the surprise departure of a few players and some injury concerns, they are a club that has had to grind out results instead of being in a comfortable position.

San Antonio comes into the weekend having won five of six in league play and seven of eight in all competitions. They’re playing with a lot of confidence, and it showed in their win over MLS side Austin FC in the US Open Cup. Despite that confidence, they are facing their sixth match since the beginning of April, so there is concern over the club’s fitness. Even with the concern, San Antonio is a club that has more than enough talent to pick up a win on the road.

Jordan Farr – Since coming in on an emergency loan during the 2021 playoffs, Farr has been a big part of San Antonio. This season he has only allowed four goals in six league matches.

United is in an interesting position currently. After starting the season with two wins, they are in the middle of a three-match winless streak in league play. They’ve also lost their last two in all competitions, both to Phoenix Rising. Even with the less-than-stellar results, United has been very positive in their play and has looked to be the better side in each of the past few matches. One area of concern though has been the midfield, especially the play of Chris Wehan.

Wehan has not been in the same form that United supporters have grown used to. In recent weeks, he has been trying to drop deeper to get more involved with the play on the pitch. Against Rising, Wehan was able to make runs at defenders and looked more comfortable on the ball. The final touch and the connections with Neco Brett and Preston still aren’t there though and will need to improve if United wants to push the ball into dangerous areas against San Antonio and other opponents the rest of the season.

Neco Brett – After scoring against Phoenix in the Open Cup, Brett has moved into a tie for eighth all-time in scoring for the club. His presence up top and his pace have already been making a difference in the flow of the matches. There’s a level of comfort playing with Preston that will continue to develop and make the duo dangerous all season long.

Saturday’s match is scheduled to kickoff at 7 p.m. MT from The Lab. The match will be streamed live on ESPN+ domestically and on YouTube for international viewers. Locally the match will be broadcast live on ESPN Radio 101.7 The TEAM, via The TEAM app, and The TEAM website.