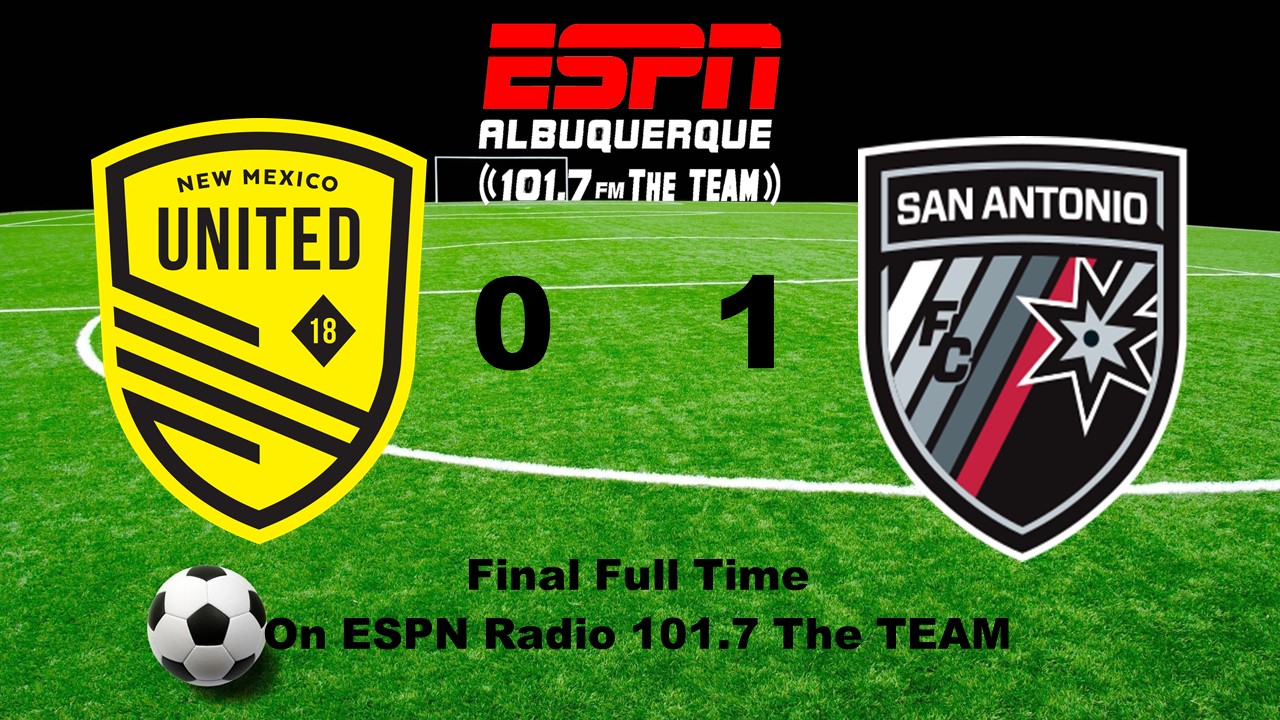 Prior to the match tonight, San Antonio FC had never picked up a single point in Albuquerque.

New Mexico United came out determined to continue that streak and early on looked like they would be able to.

Throughout the first half, United was the aggressor on and off the ball. In controlling possession as much as they did, San Antonio was forced into its own half of the pitch and into playing defensively. Cristian Nava was handed the first professional start of his career and he provided a much-needed spark for the hosts.

Nava was spectacular in his opportunity to start. He continuously looked to push the ball forward and forced San Antonio’s players to focus their attention on him.

Despite United controlling the pace during the first half, they were unable to generate a goal.

The second half was a different story, however. San Antonio came out stronger than United and the momentum in the match began to change in their favor. In the 64th, the referee played advantage after Daniel Bruce committed a foul inside United’s half of the pitch. With advantage being played, United was forced into a tough situation in the defensive third when Rashid Tetteh fouled Justin Dhillon on the edge of the box. A questionable penalty was awarded to Dhillon, who was then given the opportunity to take the spot kick.

Facing down Cody Mizell, Dhillon calmly stepped back to make his decision on where to shoot for. Mizell guessed to his left, but Dhillon went to the middle and converted for the lead.

Over the closing twenty minutes, United tried multiple times to find an equalizer, but couldn’t create a clear enough chance. There were some half-chances, but that was all they could manage before time expired.

Cristian Nava – One of the bright spots on the night, Nava was a thorn in San Antonio’s side all night long. He was energetic and displayed a willingness to attack the ball and the players he was up against.

United will return to play on May 4th when they travel to take on Sacramento Republic FC.