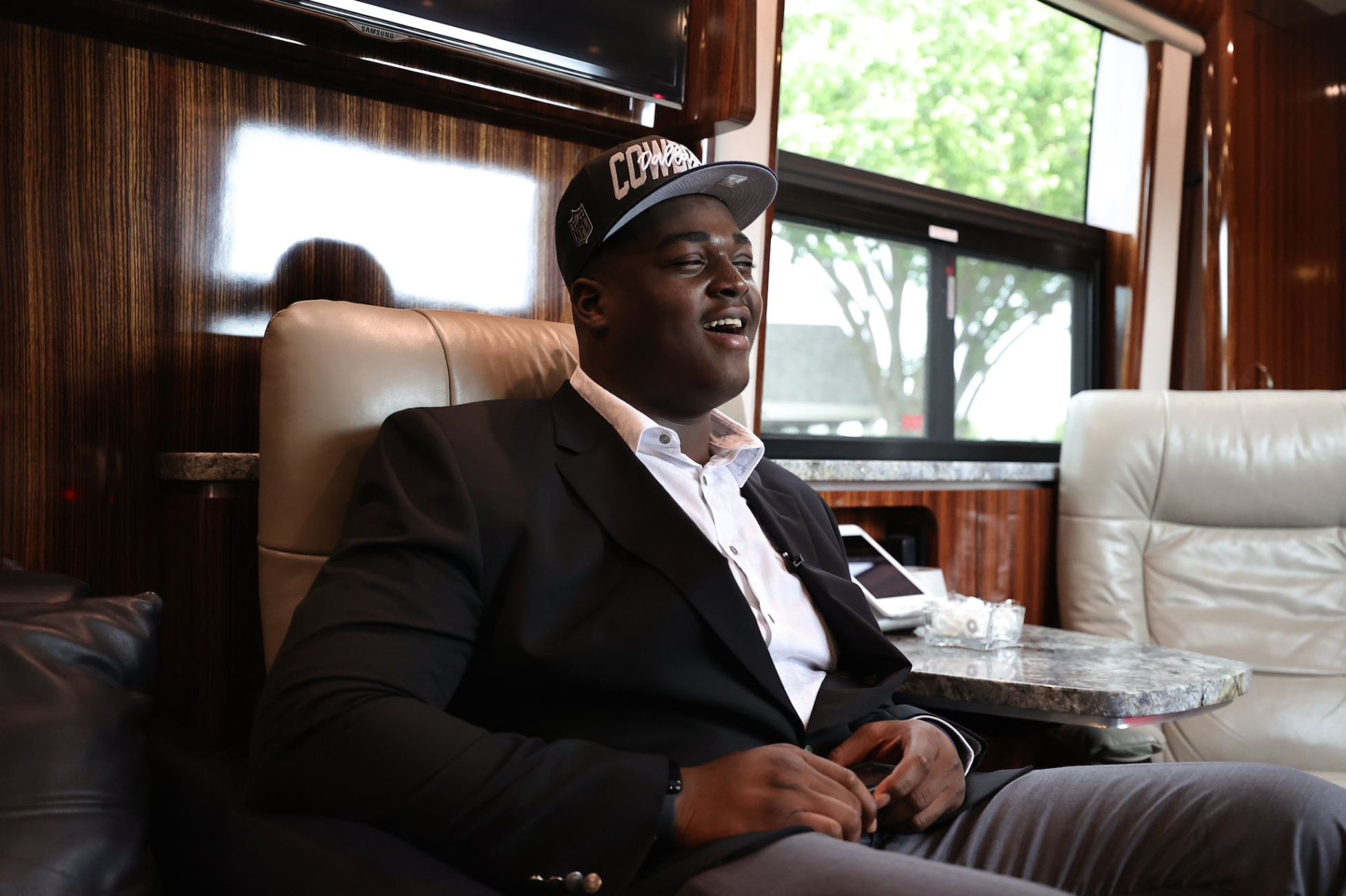 With the 24th pick in the 2022 NFL Draft, the Dallas Cowboys select Tyler Smith, offensive lineman from Tulsa.

While the coaching staff will have the final say on where Smith lines up, he will likely spend a fair amount of time at Left Guard next to the other T. Smith (LT Tyron Smith). At the very least, Smith will come in to compete with the Connors’ (Williams and McGovern). Sensing a pattern here?

The 21-year old Smith was not viewed as a lock to go in the first round, but Cowboys insider Bobby Belt noted on Twitter last night that “Tyler Smith was going in the first round if the Cowboys didn’t take him”. He became the option for Dallas after fellow offensive linemen Zion Johnson (Boston College/LA Chargers) and Trevor Penning (Northern Iowa/New Orleans Saints) went off the board before the 24th pick.

Based on reactions and analysis from NFL Draft insiders, the former Tulsa Golden Hurricane seems to represent the epitome of the NFL Draft.

At 6’5, 324 pounds, Smith shows the ability (both physically and mentally) to maul defensive lineman and create lanes for running backs. According to Pro Football Focus, Smith lead the FBS in “big-time blocks” last season. PFF also put him on their First-Team All-AAC (American Athletic Conference) roster.

On the flip side, Smith was one of the most heavily penalized offensive linemen in college football last season with 16 penalties, including 12 for holding. Cowboys’ offensive line coach Joe Philbin and his assistants will have to make that a priority as soon as Smith and his fellow rookies show up to camp.

It is safe to say that this is a risky pick with your first round selection.

But one of the purposes of the draft is to pick a player that coaches can mold into the best versions of themselves, on and off the field. The teams that do that the best give themselves the highest chance at sustained success.

While the pick might not have been followed by rounds of applause, the Cowboys have had success building one of the NFL’s best offensive lines in the last decade, having drafted Tyron Smith, Zach Martin, Travis Frederick and others. All fans can do at this point is hope that Tyler Smith ends up getting mentioned in the same breath as those elite linemen.

One of the themes of the NFL Draft’s opening round was teams selecting players with regional interest. As we are looking at Cowboys’ selectee Tyler Smith, the 21-year-old lineman was at his family’s home in Ft. Worth, TX. Smith is a Ft. Worth native who went to high school at North Crowley HS (roughly 30 miles from AT&T Stadium).

Some of the other players who will not have far to go are: