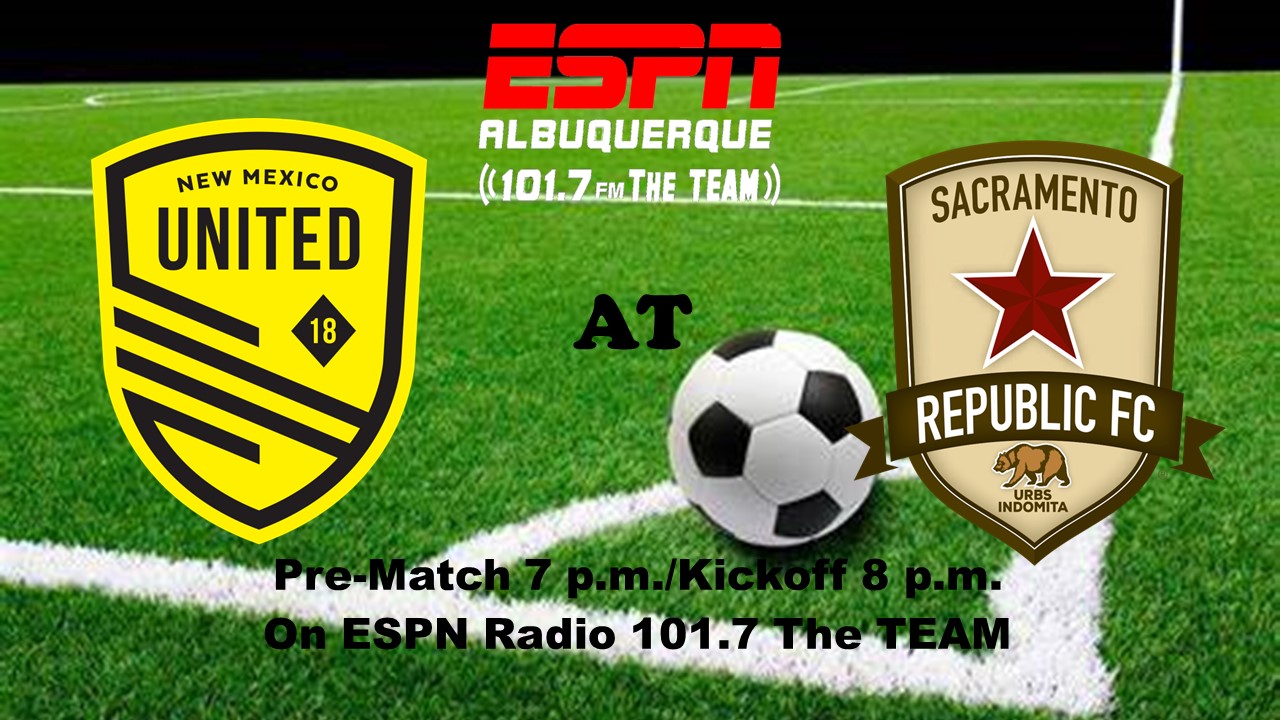 After a ten-day break, New Mexico United returns to league play in the first of two matches this week.

United and Sacramento Republic haven’t met since the 2019 playoffs and both have plenty of questions early on that need to be answered.

Sacramento was thought to be a playoff contender heading into the season, but through their first seven matches, they haven’t shown the consistency that many expected. Though they are unbeaten at home, each of those results has come against clubs currently out of the playoff spots. Part of the issue could come as the result of an injury to forward Douglas Martinez. With Martinez out of the active roster, Republic only has eight goals on the season and is struggling to find the net.

Mark Briggs’ defensive tactics are what have kept Sacramento in the hunt early in the season. They’re allowing just over one goal per match and have matched up well in most of the games so far. Where they may struggle on Wednesday night is against the pace that United will throw at them. Sacramento doesn’t respond well when facing their own goal and allows plenty of chances for their opponents.

Nick Ross – Ross joined Sacramento from El Paso where he had a number of standout performances. Ross is a creator with a good vision of the field in front of him. He provides a solid link and can drive the action into the final third. While not necessarily a big scoring threat, Ross is a player that can cause issues for United.

New Mexico United has been on a tough streak in recent weeks. They’re winless in their last three league matches and have lost three in a row in all competitions. Sacramento provides the club with a chance to get back on track. The current run of form is somewhat misleading as United has actually played well during this stretch. The issue plaguing United has once again been their finishing. The chance creation has improved, despite the lack of generation from the central midfield, but the finishing just hasn’t come around. Neco Brett and Tabort-Etaka Preston have been visibly frustrated by the chances that are being missed.

United is also hoping to see the return of some of their injured players this week. Josh Suggs and Kalen Ryden have both missed extensive time already this season and it left Zach Prince needing to make modifications to his plans for the backfield. Even with their absence, United has been very good at the back. Only three clubs have allowed fewer goals than the Black & Yellow so far this season. In an increasingly competitive Western Conference, defensive stability could be the key to remaining in the hunt throughout the year.

Cristian Nava – During his first professional start against San Antonio, Nava was easily the best player on the pitch for United. He was dynamic in the attack and drew a lot of attention from the San Antonio defenders. If he can continue to put in performances like that one, he can cause fits for any opponent he faces this year.

Wednesday night’s match is scheduled to kickoff at 8:00 p.m. MDT from Sacramento. The match will be streamed live on ESPN+ domestically and on YouTube for international viewers. The match will also be broadcast locally on ESPN Radio 101.7 The TEAM, via The TEAM app, and The TEAM website.