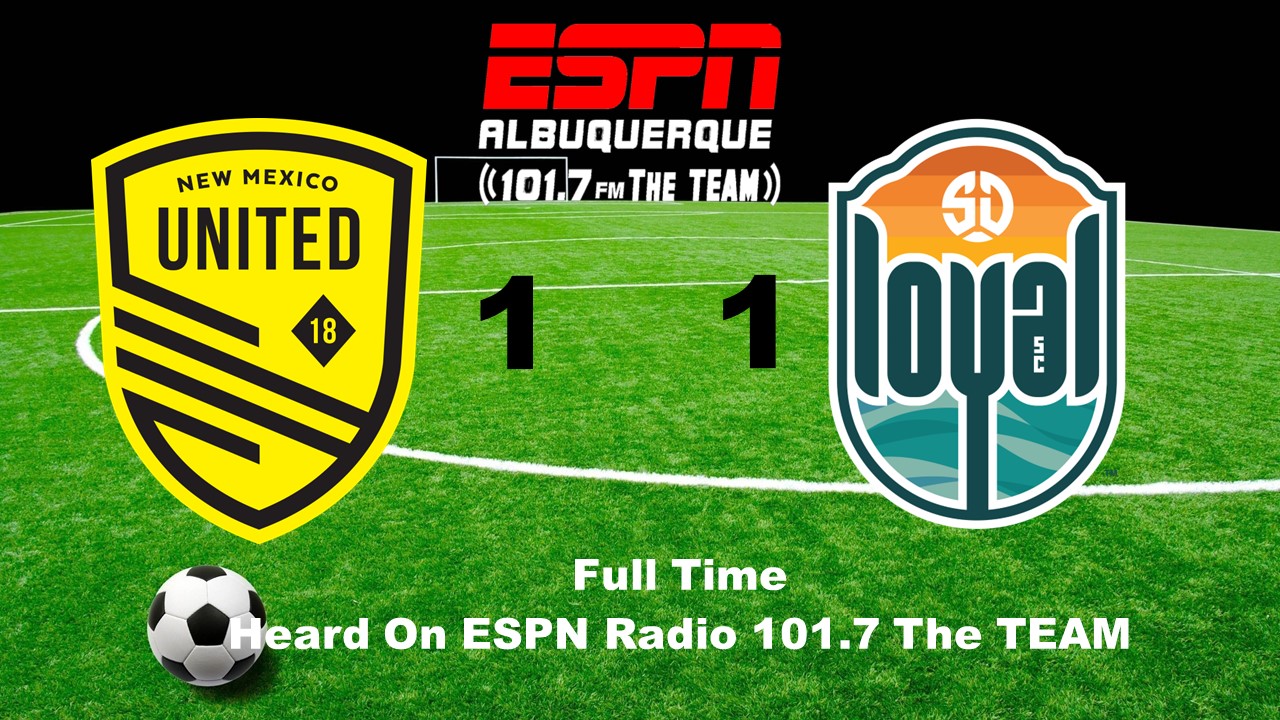 With back-to-back draws against two of the stronger sides in the USL Western Conference, New Mexico United has to be feeling somewhat confident in how they are playing.

Defensively, they’re a strong unit, but they still can’t buy a goal.

It was another strong performance on paper from the Black & Yellow. They looked better in possession than San Diego did throughout and put together some nice stretches of build-up play. Their struggles in chance creation and finishing continued to plague them though as they only put one shot on target the entire first half.

Cristian Nava had some of the better looks during the match and came close multiple times to opening his professional account. In the first half, he and Neco Brett exchanged passes inside the area before Nava had an open chance. The shot had plenty of pace, but it wasn’t well directed and went right at Koke.

Stoppage time was once again the undoing of United in the first half. Kyle Vassell picked up the third goal of the year allowed by United in either the final five minutes of a half or stoppage time. A long ball over the top looked to initially be held up, but the ball came off the head of Tumi Moshobane and popped back up into the air. As it came to down, Vassell shoved Austin Yearwood out of the way and made an acrobatic shot while going down. The ball bounced past keeper Ford Parker to give Loyal the lead.

Though they were down, United continued to press in the second half, having to chase the match. Landon Donovan sent on Collin Martin at halftime, but Martin’s only impact on the match came as the result of picking up two yellow cards. The latter came in the 79th minute when Martin’s trailing leg took down Nava. With over ten minutes to play with the man advantage, United went full bore.

It took until the fourth minute of stoppage for it to pay dividends, however. It was then that Justin Portillo sought to play a cross into Daniel Bruce. Bruce took a shot from left of the spot and forced Koke back to his left. The keeper got a touch to the ball and pushed it onto the woodwork. Bouncing off the woodwork, Harry Swartz took the ball and buried in the net to seal a draw at home.

Ford Parker – Once again, Parker faced one of the best attacks in the USL and put together a standout effort. With three more saves to his credit and another stellar performance, Parker deserves the recognition and more chances to break into the starting eleven.

United returns to action next Saturday, May 14 when they travel east to face Charleston Battery.