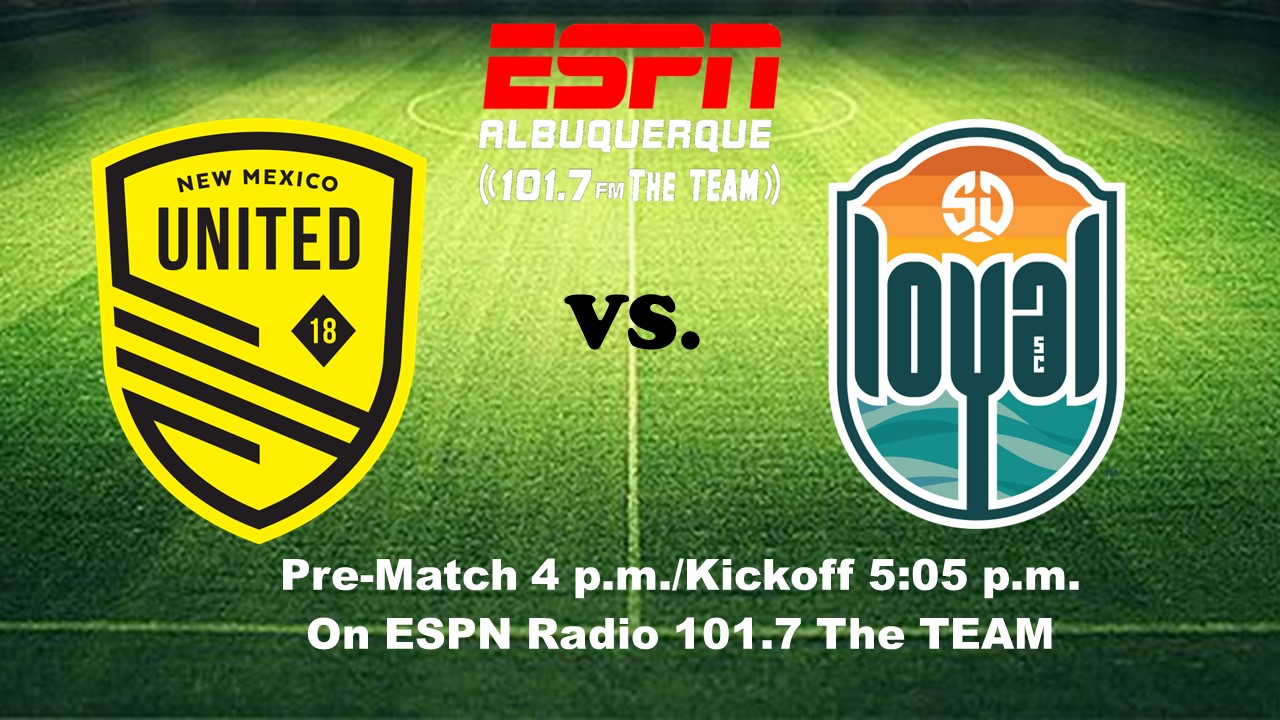 New Mexico United’s winless streak is concerning, but it’s not indicative of how the club has actually played on the pitch.

Most of the stats indicate that United should be doing better than they are.

During the current winless streak, United has averaged 54.8% possession, 14.2 shots, and 4.4 shots on target per match. In that same span, they’ve allowed 11.2 shots and 3.2 shots on target per match. The biggest problem for United has been their lack of goals and poor conversion rate. The club currently sits near the bottom of the entire USL Championship in both categories. That last stat could be a problem against San Diego Loyal.

Landon Donovan’s club has been dominant through the first quarter of the 2022 season. They are an aggressive side and that has them leading the league in goals and conversion rate. Averaging just over two goals per match, they are a tough side for anyone to compete against. A big reason for the success they’ve had so far has been the play of Kyle Vassell.

Vassell has spent much of his career in England playing for clubs like Cheltenham Town and has faced some of the top talents in the country. Prior to officially joining Loyal, he spent time training under Donovan and all that extra time has paid off. Through the first nine appearances of the season, Vassell has found the back of the net five times and could potentially be in the running for a team of the season spot. He’s the target man in Donovan’s system and likes to play off the shoulders of defenders.

Koke Vegas – The Loyal keeper spent time in the Spanish football pyramid before making the move to the USL and San Diego. He’s been decent in his appearances so far, allowing eleven goals in eight starts. United is a club that could test his ability, but he could prove to be more than a match for the hosts.

United knows that they haven’t done enough so far this season. After opening the campaign with two consecutive wins, five winless has been a bit of a shock. If the club was playing poorly it would be easier to swallow for supporters, but the performances on the pitch haven’t been poor. A penalty conceded to San Antonio, a missed penalty against Phoenix, and late goals allowed to Oakland and Orange County have been the difference between eight points and the two they earned. United’s issues are ones that can be fixed and part of it seemed to be coming around against Sacramento.

On a pitch that was of less than desirable condition, United was able to drive the ball forward. In particular, runs from Chris Wehan and Cristian Nava showed that the club had made some strides during the bye week. Runs like those seen on Wednesday force opponents to turn towards goal and react instead of being proactive. They also force defenders to pull off their line to try to step in and make plays. When that happens, space opens up at the back for Neco Brett and Tabort-Etaka Preston. Loyal is a club that can get caught out at times and gives up a lot of room in the final third.

Raddy Ovouka – The last guy into camp for United has shown a lot in his limited appearance so far. He has a physicality about him that allows him to push the play forward. He’ll look to spread the pitch against Loyal by working down the left and into the box.

Saturday evening’s match is scheduled to kickoff at 5:05 p.m. MDT from The Lab in Albuquerque. The match will be streamed live on ESPN+ domestically and on YouTube for international viewers. The match can also be heard live on ESPN Radio 101.7 The TEAM, via The TEAM app, and the TEAM website.