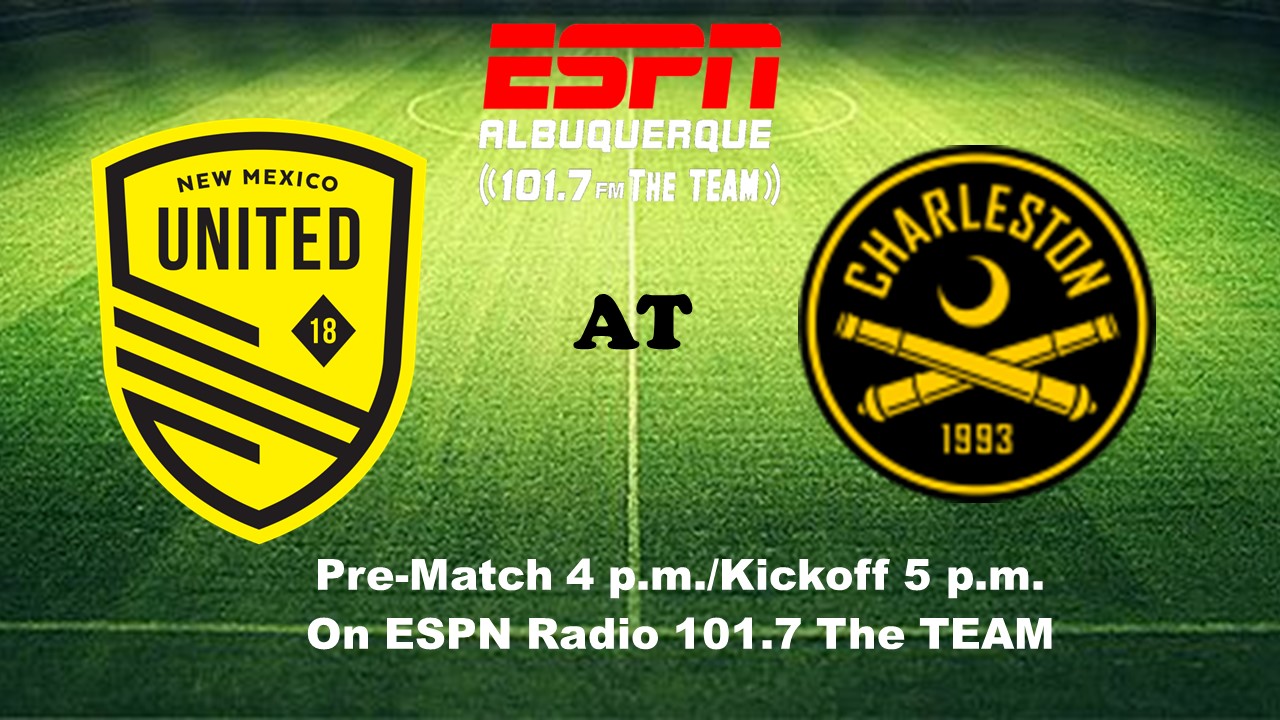 Despite this weekend’s match against Charleston Battery only being the second-ever meeting between the clubs,

New Mexico United and the Battery have a shared history. Not only was former manager Troy Lesesne a member of their organization, but new manager Zach Prince won two championships with them. This weekend is a return home for Prince, but he’s focused on picking up the full three points.

Charleston’s season isn’t going the way anyone had hoped. They’re among the worst in the league in scoring, both for and against, and are squarely in the race for the Wooden Spoon after a quarter of the season. In the offseason, the Battery brought in Conor Casey to be their new manager and they’ve yet to see positive results.

With issues at both ends of the pitch, Casey has a lot of things to figure out for his club. They have no consistency at this point in the season and have struggled in all aspects of the game. This is going to be an extremely tough match for the hosts and may end up employing a very defensive setup on Saturday against United.

Nicque Daley – In 2021, Daley was a player that caused a lot of issues for United during the first meeting. Daley was able to play into space and threaten the goal multiple times. WIth the improvements to United’s back line, Daley should be kept in check.

This match couldn’t come at a better time for United. Although it is on the road, United has the opportunity to take advantage of Battery’s poor form. United are getting healthier and haven’t fallen prey to poor play or mistakes in the midfield as they’ve shown in the past. With the playstyles of each club, United should see a definite advantage in possession. That possession plays into the hands of what United likes to do in the final third.

The area they still need to improve is the play through the middle of the pitch. Battery will give up space there in order to play narrow in the box to try and slow down the visitors. The new space available in the middle can be exploited by Sergio Rivas or Chris Wehan as they push the play and have plenty of room to operate.

Crisitan Nava – in both of his two league starts, Nava has been the best player on the pitch for United. Twice against Loyal, Nava nearly opened his account for the club and should get into some dangerous areas against Charleston. This matchup could also provide Nava with more opportunities to work the ball from the outside in and improve on his crosses.

The match against Battery is scheduled to kickoff at 5:00 p.m. MDT on Saturday. The match will be streamed live on ESPN+ for domestic viewers and YouTube for international viewers. Locally the match can be heard on ESPN Radio 101.7 The TEAM, via The TEAM App, and The TEAM website.