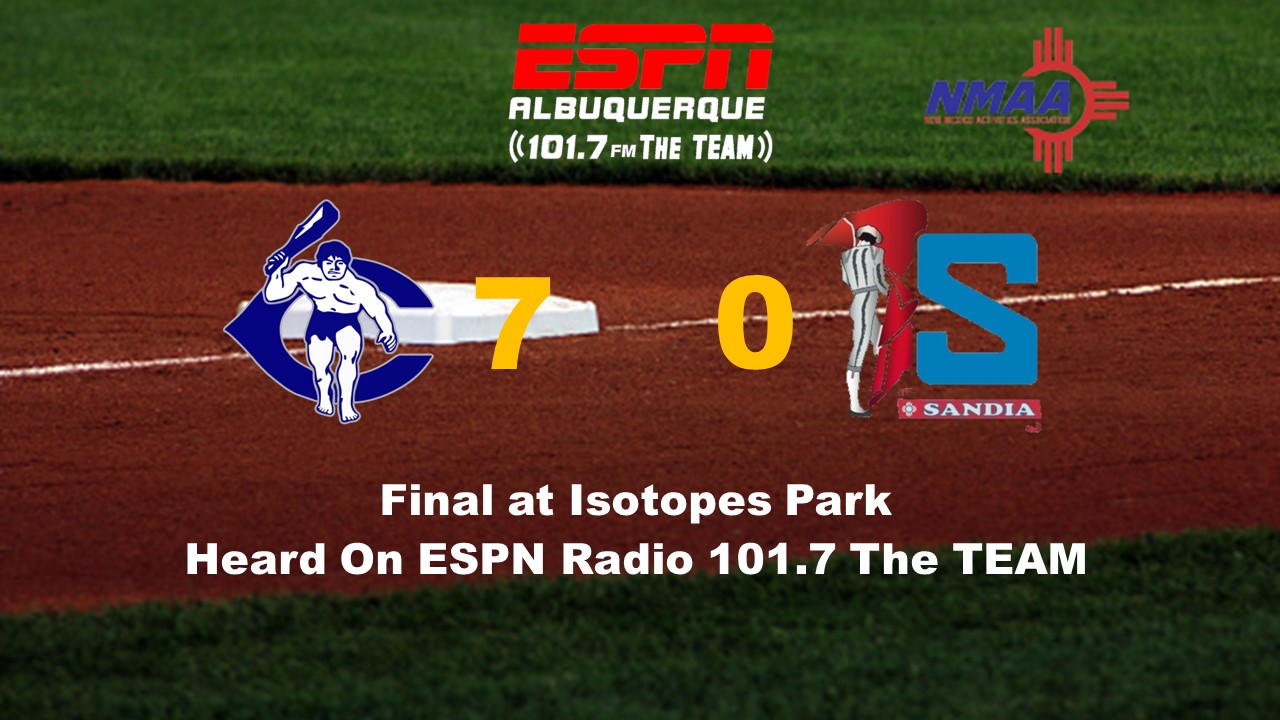 Carlsbad High School held up to its No. 1 seeding and then some.

The Cavemen shut out Sandia 7-0 in the NMAA 5A Baseball Championship Game Saturday at Isotopes Park heard on 101.7 The TEAM.

Carlsbad (27-4) scored three runs in the first inning, one in the third and three more in the seventh to put itself in position for the win.

Senior left-hander Grant Harvill took it from there.

Harvill scattered two hits and three walks, while striking out 11, including the final two batters he faced in the bottom of the seventh inning to collect the victory and give Carlsbad its 12th baseball championship and first since 2016.

Saturday marked the lone shutout suffered by the Matadors (22-8) all season.

Brandon Ganaway was 4-for-4 with a double and three RBIs.

Nolan Perry went 3-for-4 with three runs scored and an RBI.

Harvill also helped himself at the place, collecting two hits in four at-bats and an RBI.