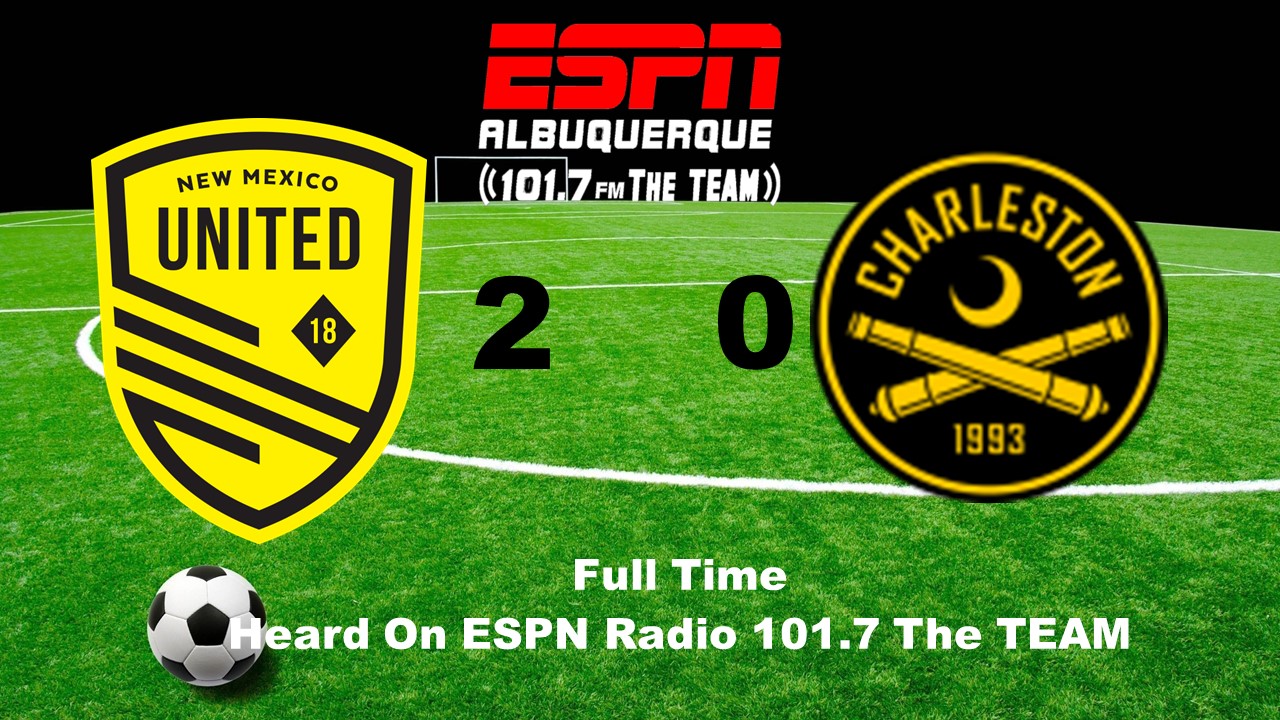 The second meeting between New Mexico United and Charleston Battery started with a bang in both halves of play.

United looked strong off the opening whistle and it didn’t take long for them to impose their will on the match. Inside of six minutes United saw a gap in the Battery defense and Daniel Bruce exploited it. With yards of space around him, Bruce took to the right channel where he was found on a pass by Harry Swartz. Bruce squared the ball to a waiting Neco Brett, who lashed one home from close range.

With the goal, Brett moved into a tie for fifth all-time in regular season goals scored in the USL Championship. It also moved him into a tie with Daniel Bruce for seventh all-time within the club.

There were plenty of positive signs from United throughout the first half that they were in control of the match. In the attacking phase, Sergio Rivas, Cristian Nava, and Chris Wehan all showed the ability to drive the ball forward, causing their Battery counterparts to react instead of be proactive. It would prove to be a sign of things to come later.

Less than a minute into the second half, United used one of those driving runs by Wehan to double their lead. Wehan and Rivas drove the Battery defenders into the area and on their heels. Wehan unselfishly laid the ball off to Rivas who returned it. After a slight deflection, Wehean was able to control the ball and slide it past the keeper for his first goal of the season.

The visitors remained in control of the match, but Battery wasn’t willing to conceded the match just yet. They were finally able to truly play themselves into the match around the 75th and would pepper the goal will shots over the final quarter-hour of the evening. Alex Tambakis was more than up to the challenge and after his return from injury, put up his second clean sheet of the season.

Alex Tambakis – After missing four weeks due to injury, Tambakis looked like he hadn’t missed a beat. With three save and a night of excellent distribution, Alex looked like the number one that he is.

For United their next match is their final one of the regular season against Phoenix Rising FC. This time the match will be at The Lab and United will be looking to flip the script on Rising this time around. That match is scheduled to take place on Saturday, May 21.