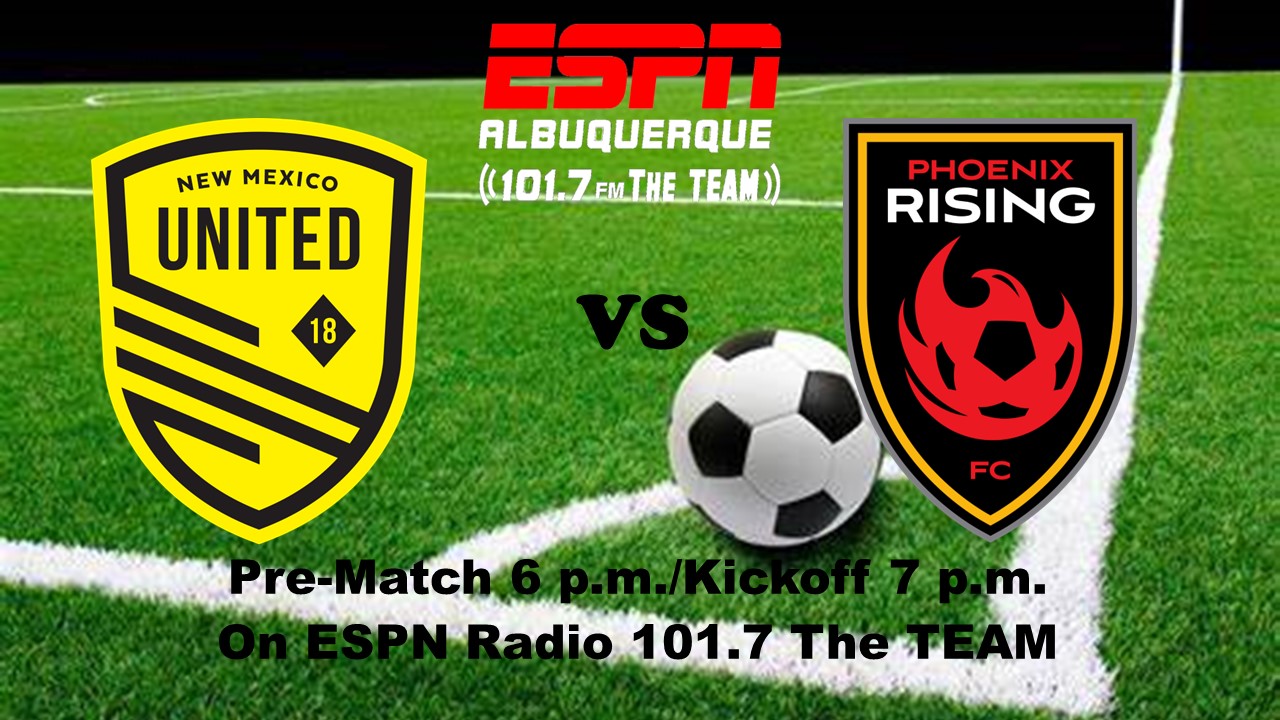 After it was reported by the USL Championship on Friday that members of Phoenix Rising FC had tested positive for COVID, the original match was postponed until a later date. That date was later announced as Tuesday, May 24.

That announcement set off a flurry of activity across social media with some Arizona-based outlets reporting that New Mexico United and the USL agreed to the date without Rising having a say in the decision. It was also later reported that a number of Rising’s expected squad was forced to isolate after contact tracing was completed. The need to isolate players forced Rising to sign six players to academy contracts in an attempt to field a squad at the UNM soccer complex on Tuesday.

At the time of writing, not much is known about the players who have been signed by Rising ahead of the match. The club website does not list details for the academy players, including their positions. Rising has also not released the names of the players that are being forced to isolate due to the USL’s COVID 19 policies. Even without that information, Rising still has not looked like the club of past years and is coming off of a 5 – 1 loss to Tampa Bay.

New Mexico United meanwhile are coming off one of their best performances of the season. Last time out, they defeated Charleston Battery 2 – 0 at Patriot’s Point. United looked fluid on the ball and tactically they showed some crossing runs that caused issues for the Battery. Those crossing runs were something that Head Coach and Technical Director Zach Prince had been wanting to see more of. By employing those runs, United was able to get Chris Wehan into space where he picked up his first goal of the campaign. Another positive on the night was the return of Alex Tambakis, who picked up a clean sheet and pushed United into a tie for the best defense in the USL.

The first two times these clubs met each other this season, United spent much of the two matches looking like the better side. The pace of Neco Brett, who the USL Championship is reporting will be unavailable after his national team call-up, created issues for a Rising defense that has been extremely porous in 2022. Without Brett, United will likely turn to the pairing of Sergio Rivas and Tabort-Etaka Preston up top to play off the shoulder of Rising defenders. United has another option that could likely see the pitch on Tuesday, Devon Sandoval. Sandoval returns to the club after his 2021 season was cut short due to blood clots and has spent several months undergoing procedures and tests to ensure that he could return.

Kalen Ryden – After missing time due to injury early in the season, Ryden has improved in each match since returning. He is a commanding presence in the back for United and has an incredible vision of the field in front of him. Against what could be a very green Rising team sheet, Ryden’s leadership and defensive skill will be crucial.

The match on Tuesday is scheduled to kickoff at 7:00 p.m. Mountain Time from the UNM Soccer Complex. Domestically the match will be streamed live on ESPN+ and on YouTube for international viewers. Locally the match can also be heard on ESPN Radio 101.7 The TEAM, via The TEAM App, and The TEAM website.