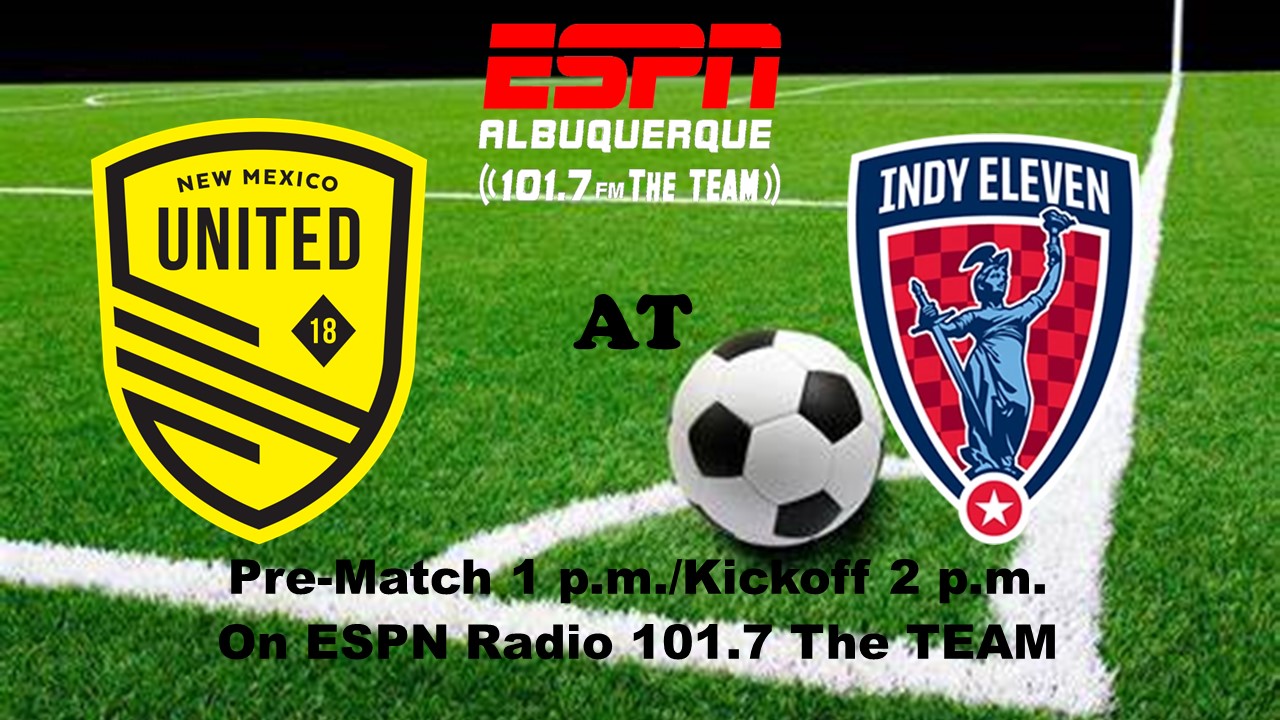 Mark Lowry and Solomon Asante are two names that United supporters should be familiar with. Lowry was previously with El Paso and Asante with Phoenix Rising. Both of them are now with Indy Eleven and less than halfway into the season, Lowry is already working his magic.

A bright start in 2021 didn’t amount to much for Indy Eleven. After winning three of the first four matches of the season, Indy would go only to only win six of the remaining twenty-eight and finish twelve points outside of the playoff race. The poor result to the season caused Indy to pull the trigger and release their prior manager before bringing in Lowry. Whatever his message has been through their first ten matches, it’s paying off.

Asante has only made one appearance so far this season, an elven minute debut last week. Though he isn’t fully involved yet, Asante is a player that can truly spark an offense. Throughout his time in Rising, he was able to draw the attention of defenders and give his club opportunities from the spot or around the box. He is a very good finisher and could test United’s defense.

Stephano Pinho – Pinho is Indy’s leading scorer on the season so far and could be an interesting option to play opposite of Asante. The pair of forwards can score from almost any angle and provide defenders with a lot to think about

United comes into the weekend familiar with what Lowry will want to do and is riding high after two consecutive wins. A win against Indy would go a long way toward helping cement United as a true contender in the west. They did convert a club-record seven goals against Rising on Tuesday, but that was against a very different Rising squad. Indy Eleven is also a much better defensive side than Rising is, but a lot of that had to do with Elliot Panicco.

Panicco is gone now, having been recalled by Nashville, and that could be the key to United picking up points on the road. The other keepers on the roster are largely untested and could lead to another big night for United. On Tuesday, United threatened the goal constantly and of the nine shots on frame, converted seven of them. A repeat performance would force Indy to make poor decisions and more goals for the Black & Yellow.

Justin Portillo – Portillo has been getting a lot of attention for his chances created and rightly so. Portillo is great at creating, especially off of set-piece opportunities. He put in a great chance on Tuesday that resulted in a headed goal for Harry Swartz. Portillo’s vision will be one of the keys for United at that weekend.

This Saturday’s match is scheduled to kickoff at 2 p.m. from Indianapolis. Domestically the match can be streamed on ESPN+ and on YouTube internationally. The match will also be broadcast live on ESPN Radio 101.7 The TEAM, via The TEAM app, and The TEAM website.