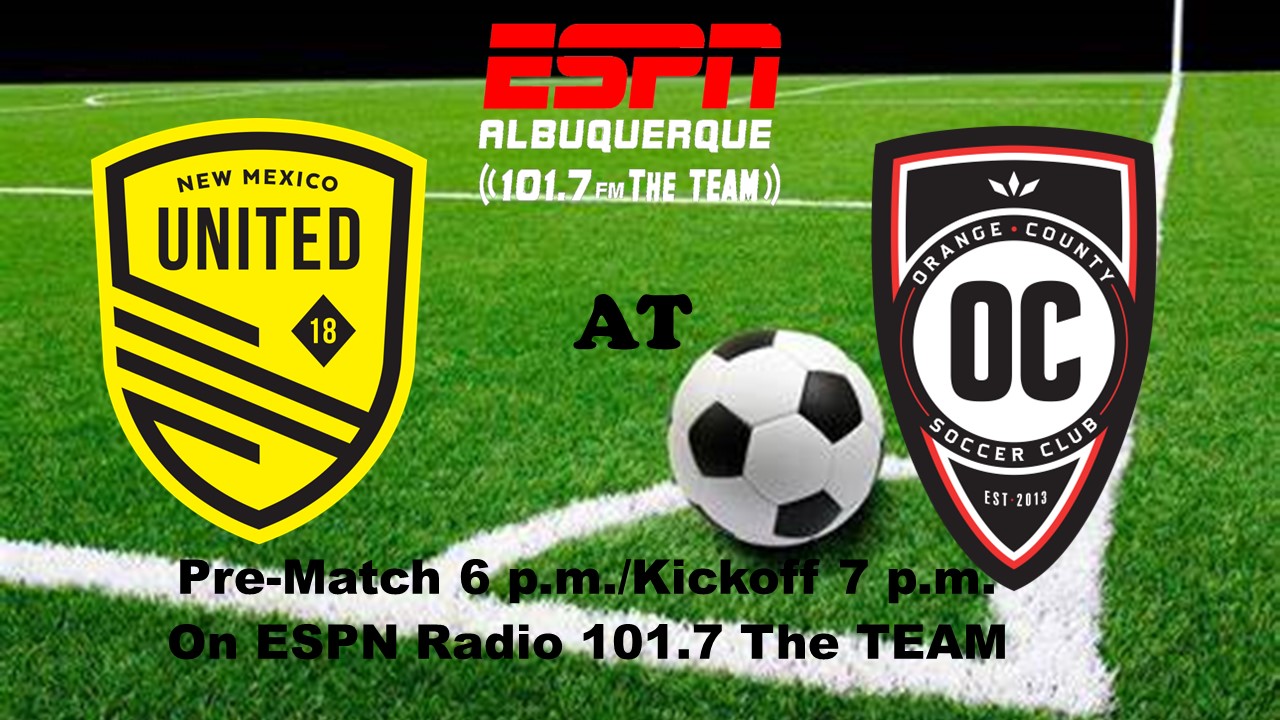 After picking up their third win in as many outings, New Mexico United finds themselves staring down the top four in the Western Conference. The season still has a long way to go, but United has put themselves in a position to challenge for the top of the table as the summer marches on.

This weekend, United and Orange County SC conclude their regular-season series with the finale set to take place in California. The first match between the two sides came down to a stoppage-time goal from Milan Iloski as the visitors were able to steal a point in Albuquerque. That result came at a time before either club had found its identity. OCSC has continued to have its ups and downs since then. Most recently OC has won two of their previous six matches and has been fighting to claw their way out of the basement.

Cubo Torres and Iloski have been the standout performers for Orange County this year. Torres is hoping to turn in a solid performance in order to get back to a first-division club after a poor season in Atlanta. So far this year Torres has proven that he still has what it takes. Iloski has also proven to be an important signing, but despite the dozen goals that have been put in by the duo, they are still struggling to find a defensive identity. They’ve put themselves into bad positions with the number of fouls they’ve conceded so far and are in the bottom half of the league in goals conceded.

Albi Skendi – One area that United cannot compete with a number of other teams is height. The Albanian defender has that in spades and will be a major obstacle on set pieces. Skendi is a physical presence and United will need to find a way to deal with him.

United has finally started to get the results that match how they have been playing on the pitch. Even with the match against a severely depleted Phoenix Rising side that many are throwing out, United has gotten the job done in each of their prior three outings. Time after time this season, United has outplayed their opponents using both the eye test and looking at the numerical data, but they weren’t getting the results they had hoped for. Now though, United is showing more creativity through the midfield and Zach Prince is getting the types of runs he has been wanting to see.

More diagonal runs from players like Chris Wehan, Sergio Rivas, and Cristian Nava are opening up a world of possibilities for United. The club has been picking up goals from inside out outside the box, which creates a lot of issues for opposing sides. The strong defending and the newfound offensive firepower will continue to pay off for United as long as they continue to take advantage of the chances they are creating.

Alex Tambakis – Alex continues to prove week in and week out why he is among the best keepers in the USL. Now second all-time in career saves, Tambakis has anchored the best defense in the USL in the 2022 season so far. Against Orange County, Alex will need to be on his toes to limit the chances from Torres and Iloski.

Saturday night’s match is scheduled to kickoff at 7:00 p.m. from California. The match will be broadcast live on ESPN Deportes and streamed domestically on ESPN+. Locally the match will also air on KOAT 7 and will be carried on ESPN Radio 101.7 The TEAM, via The TEAM app, and The TEAM website.