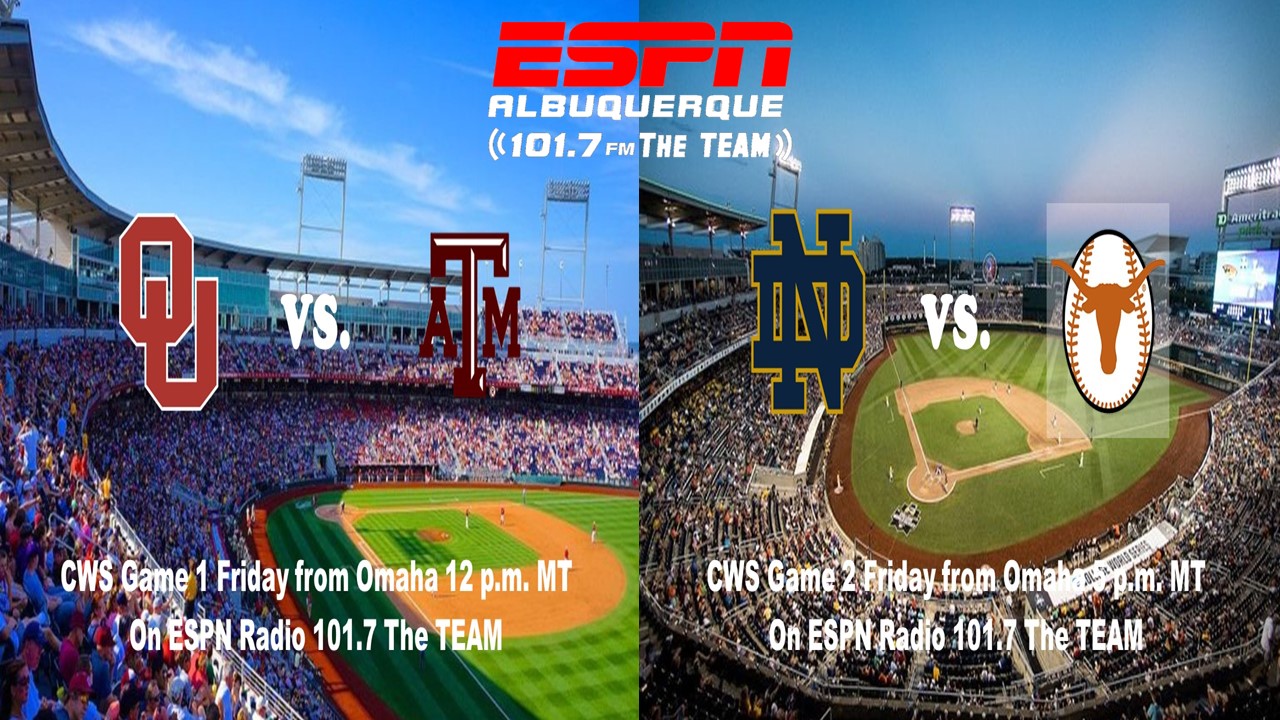 Omaha is the place famous for the College World Series.

Rosenblatt Stadium was synonymous with the CWS before a new stadium was born.

Charles Schwab Field Omaha (formerly TD Ameritrade Park) is the current home of the College World Series and although the name may have already changed, the excitement, the twists and turns, and the overall talent displayed by the eight remaining teams is expected to be off the charts.

Top-seed Tennessee, No. 3-seed Oregon State were upset victims during the Super Regionals, but Notre Dame ended up being one of those surprise teams to make the field after knocking off knocking off Tennessee in three games.

The field consists of No. 2-seed Stanford, No. 5 Texas A&M, No. 9 Texas, No. 14 Auburn, which beat Oregon State, Notre Dame, Oklahoma, Arkansas and Ole Miss.

The action begins on Friday, and you can catch all the excitement right here on 101.7 The TEAM.

Texas A&M takes on Oklahoma in the first game at Noon, with Notre Dame facing off against Texas in the nightcap at 5.

Whether you have a team of interest or not, the College World Series is an event where dreams become a reality, and some of the players you see today in Omaha just might pop up in the Majors sooner than later.

It’s a fun format with two four-team brackets, much like a regular regional, with the two bracket winners facing off in a best 2-out-of-3 series to decide who takes home the NCAA Baseball trophy.

Check 101.7 The Team’s Website, as well as our Twitter and social media pages for the games and times.