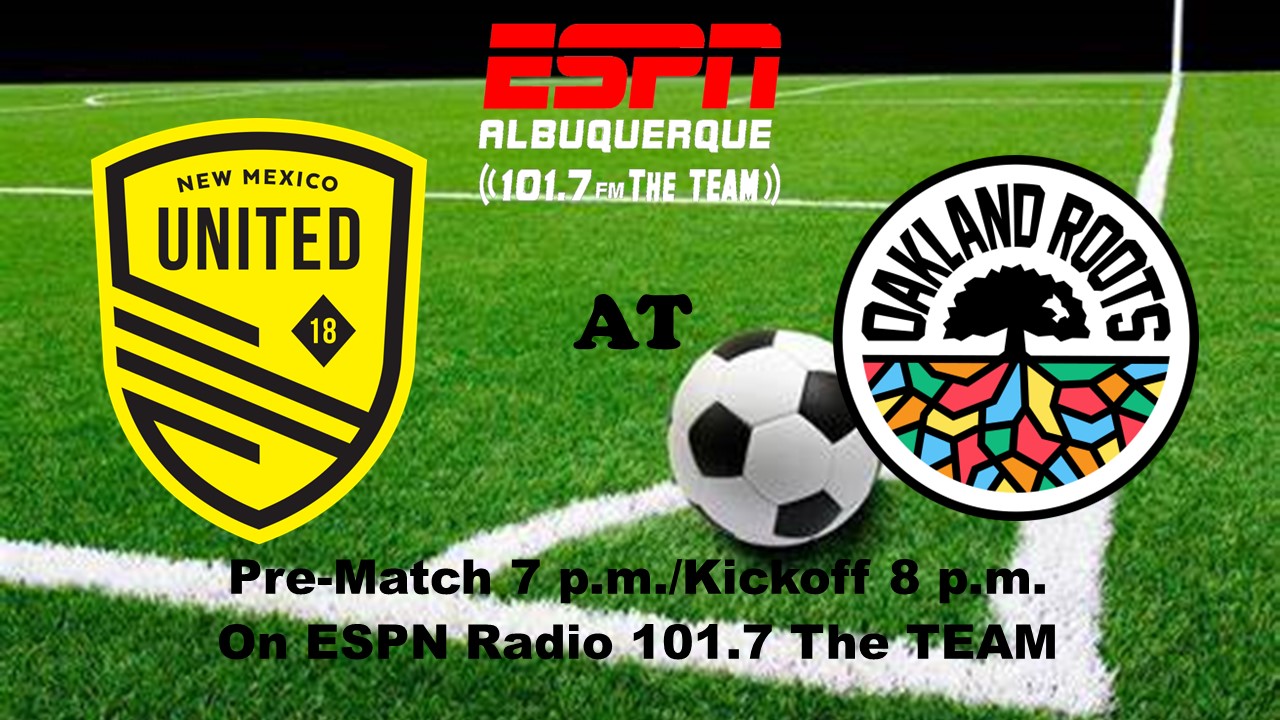 New Mexico United and Oakland Roots are two of the hottest clubs in the USL right now. They are riding six and seven-match unbeaten streaks respectively. Neither of them has lost since April, and the outcome of Wednesday’s match could boost the club’s confidence level.

The last time the two sides met, Oakland picked up a late goal to steal a point in Albuquerque. The Roots have continued that trend in recent matches, including their last appearance. They were able to pick up two goals in the final twelve minutes of their match with RGV to salvage a point at home. The Roots have been riding high on the performances of Ottar Magnus Karlsson, who leads the Championship in goals scored.

Strong offensive performances and last-minute heroics have helped to bail out a Roots defense that is in the bottom third of the league in goals allowed. They have put themselves in poor positions throughout the season as one of the most penalized clubs in the league. When they’re able to overcome the concession of fouls, they are one of the most accurate teams moving the ball forward and give Karlsson plenty of opportunities to find the net.

Benny Diaz – The Roots keeper will likely be the key to the outcome of the match. Diaz has struggled this season, having saved only 55.8% of the shots he has faced. If United can put enough pressure on the area, Diaz will be forced into action more than he would like.

United has been playing well of late also. Since the start of May, United has gone unbeaten and during that time has scored 14 goals while conceding only three. They’ve also won three of four on the road and improved their away record to 4-1-1 on the season. During their unbeaten run, United has reached as high as third in the Western Conference standings, while still having matches in hand against the majority of the clubs they will face down the stretch. Those matches in hand will become extremely important if United is unable to pick up points along the way.

The biggest change between the early matches and the recent run of form has been the form of the midfield. While the defense kept the matches close, the midfield hadn’t quite put it all together early on. Now though, they’re making runs designed to pull defenders out of position and open up space in the goal area for chances to be created. Chris Wehan has been one of the beneficiaries of the improved play through the middle. In the past four matches, Wehan has added three goals to his season tally and is starting to find his form. Wehan becoming dangerous through the middle opens up other avenues for United to get into the box and force opposing keepers into poor decisions.

Justin Portillo – Portillo is tied for second in the league in chances created and has expanded from being a set-piece specialist to a true playmaker. He continues to find ways to get the ball into the area and can read what defenses are trying to do. Delivery into the box will be crucial on Wednesday to United’s chances.

The finale of the road trip is set to kickoff at 8 p.m. (MT) from Laney Stadium. The match will be streamed live on ESPN+ for domestic viewers and on YouTube for international audiences. Locally, the match will be broadcast live on ESPN Radio 101.7 The TEAM, via The TEAM app, and The TEAM website.