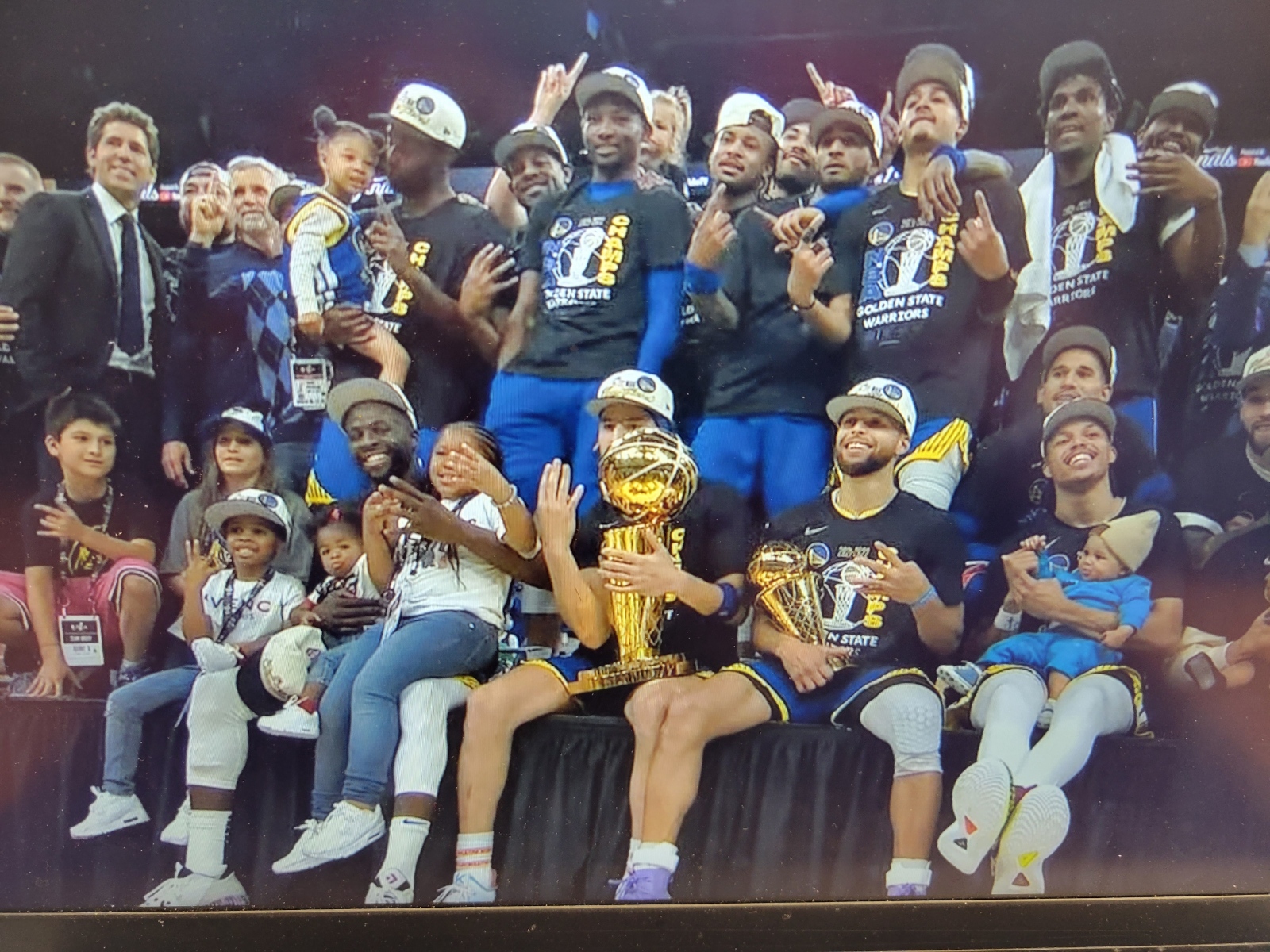 It wasn’t always flashy or dominant. There were some new elements along the way. They were the betting favorite but viewed as an underdog in some public circles.

Put it all together, and we get Golden State’s fourth NBA title in the last eight seasons.

Before you roll your eyes and exit the page as fast as you can, this isn’t about Steph’s legacy or whether or not he’s top 10 all time or the rebirth of the Warriors’ dynasty. This definitely is not about Kevin Durant. His insertion into the conversation is as pointless as the quarters that the Celtics won in the Eastern Conference Finals.

This is, simply, an appreciation piece.

Like all good things in life, the Warriors’ run of five consecutive NBA Finals appearances came to an end.

Kevin Durant won his elusive title and Finals MVP (two of them, in fact). Then he left to team up with Kyrie Irving in Brooklyn. The injury bug clamped down on Klay Thompson and would not let go for two years.

While Steph Curry and Draymond Green still ran the show, talent around the Western Conference caught up to them.

So the Warriors double dipped into the cliche pool of rebuilding and retooling.

They drafted Jordan Poole, James Wiseman, Jonathan Kuminga and Moses Moody. Kevon Looney battled through nerve damage to average a career high 7.6 rebounds per game in these playoffs. They committed highway robbery in a trade for Andrew Wiggins, and helped him reach levels that actually matched his potential. Otto Porter Jr. signed for a veteran minimum contract.

Just like that, the Warriors are ready to make a few more title runs with this group.

This championship run showed us that the Warriors are still in the middle of it, rather than a new beginning.

This is where the appreciation comes in.

Golden State’s “big three” of Steph Curry, Klay Thompson and Draymond Green have been through it all since they became this dynamic, eclectic trio in 2012: injuries, locker room tension, the short-lived Kevin Durant era, highs and lows of those NBA Finals series’ with Cleveland and missing the playoffs altogether.

If any team has been built to fight off the next generation of talent, it’s this one. Golden State infused its own new talent with a foundation that designed itself to be able to fight through whatever the NBA has to offer.

When the public jumped on Boston to pull off the upset, how much of that was confidence in the Celtics and how much was the feeling that this Golden State team was a shell of what it was with KD?

Don’t get me wrong, the Celtics put in the work to win the east. Boston deserves its own praise and appreciation for what it did in these playoffs, and what is to come for Jayson Tatum, Jaylen Brown and the rest of that young core.

Still, it felt like, to an extent, we were pitting Golden State against a previous version of itself.

The best teams adapt and find new ways to win. Players come and go. Other teams put all of their energy and focus into beating the best. And when that team still keeps winning, that’s when you know you are watching something special.