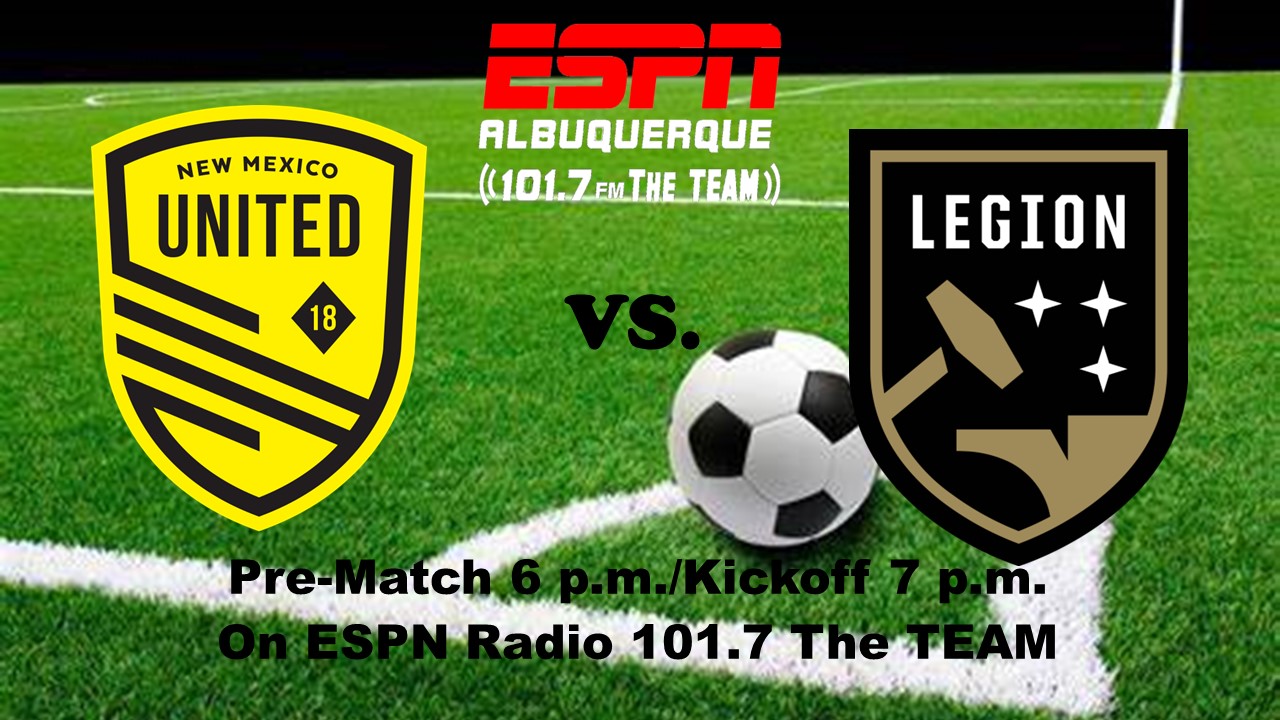 Saturday night’s match wasn’t meant to be the home return for United, but the annual monsoon season had other ideas. Heavy rains throughout the metro area over the weekend delayed the field transition at Isotopes Park, forcing the midweek match against RGV to be postponed. As a result, Zach Prince and his men had to change gears and had more time to prepare for the visiting Birmingham Legion FC.

Legion is a club that is brand new for most United supporters. The only exposure to them ahead of this match was the signings of Neco Brett and Ford Parker. Both players were Legion FC members in 2021, Brett starring and Ford serving as the backup keeper. Brett was a significant loss for Legion as they have struggled to replace the goalscoring capability he presented during his time there. In fact, Legion is averaging under one goal scored per match. The majority of their goals have been credited to Prosper Kasim, who is showing that he could possibly be the target man up top for Legion.

Supporting Kasim this season has been Enzo Martinez, who joined Legion after three years with Charlotte Independence. Martinez has been around the USL since 2015 and is a stalwart in the midfield. He’s got two assists and two goals to his name this season and is someone that can push the play into dangerous areas for Legion. Against United they’ll want to try and play wide to try and pull the hosts out of their defensive shape, and while there is some room to work with at The Lab, the true width of the pitch will favor United.

Alex Crognale – Crognale is in his third season with Legion and is a leader in the defensive unit for the Eastern Conference club. He will look to use his size to his advantage against the United team sheet in order to keep them out scoring opportunities. As long as he can stay grounded in his position and not get pulled out to the wider areas, he can cause some problems for the hosts.

New Mexico United comes into the weekend as one of the hottest clubs in the USL Championship. They’re riding a five-match win streak and are unbeaten in their seven previous outings. After the Friday night results, United sits third in the West with at least one match in hand on every other club in the conference. The match against Legion will provide them with a good test against a potential playoff contender. There is a real possibility that this match will be a defensive masterclass, one that Brett will need help breaking down.

Against Birmingham, United will need to figure out a way to disrupt their defensive shape. In recent weeks, Prince’s club has been able to do so by working the midfield. Justin Portillo and Cristian Nava have been a big part of the success during that time. Nava has been electric no matter where he is on the pitch. He’s been driving the ball forward and he’s been able to show improvement in his crossing ability. With those skills and Portillo’s ability to deliver the ball from anywhere on the pitch, United will have numerous options to try and put the ball into dangerous areas. In order to counter what United wants to do, Legion will look to play more narrow at the back to pack the box while giving up the wider areas.

Will Seymore – Seymore has quietly put together a solid season and has been achoring the back three for United. His emergence has not only pushed Kalen Ryden out farther left, but has added pace in the middle of the defense. In a defense full of veteran players, Seymore has been a standout for United.

Saturday night’s match is scheduled to kickoff at 7:00 p.m. MST from The Lab. The match will be streamed live on ESPN+ domestically and on YouTube internationally. Locally the match will also be broadcast live on ESPN Radio 101.7 The TEAM, via The TEAM app, and website.