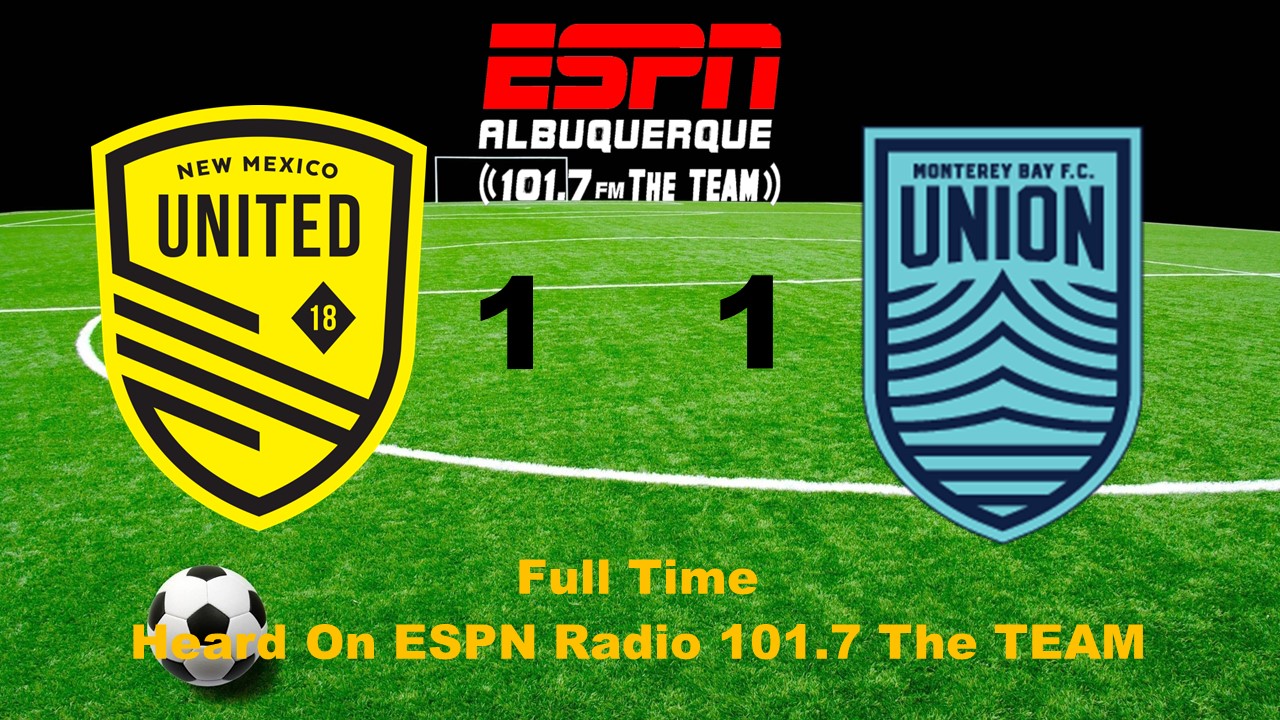 Monterey Bay FC knew that they would need a big-time performance from the entire club in order to take down New Mexico.

The game’s early moments favored the hosts as they opened up the scoring in the second minute. Working down the right-hand side, Morey Doner made space for himself as he looked to the box for a target. Chase Boone was waiting at the far post and Doner found his man. Doner’s cross fell to Boone, who headed the ball into the right side netting for the early lead.

Sergio Rivas answered in the 40th with a goal of his own. Daniel Bruce played the ball into Rivas who put a strong shot of his own. Rivas’ ball ended up in the top side of the net to equalize.

As the match progressed, United grew in confidence, but neither club would find a winning goal on the night.

Sergio Rivas – Although the night wasn’t his best while defending, Rivas was constantly pushing forward. His forward momentum pulled defenders out of position. In doing so, Rivas was able to put himself in the right position.

United returns to action on Wednesday, June 6 at The Lab. On Wednesday, United will play the first of two consecutive matches against Rio Grande Valley FC. That match will be streamed live on ESPN+, it will also be carried on ESPN Radio 101.7 The TEAM, via The TEAM app, and Team Website.