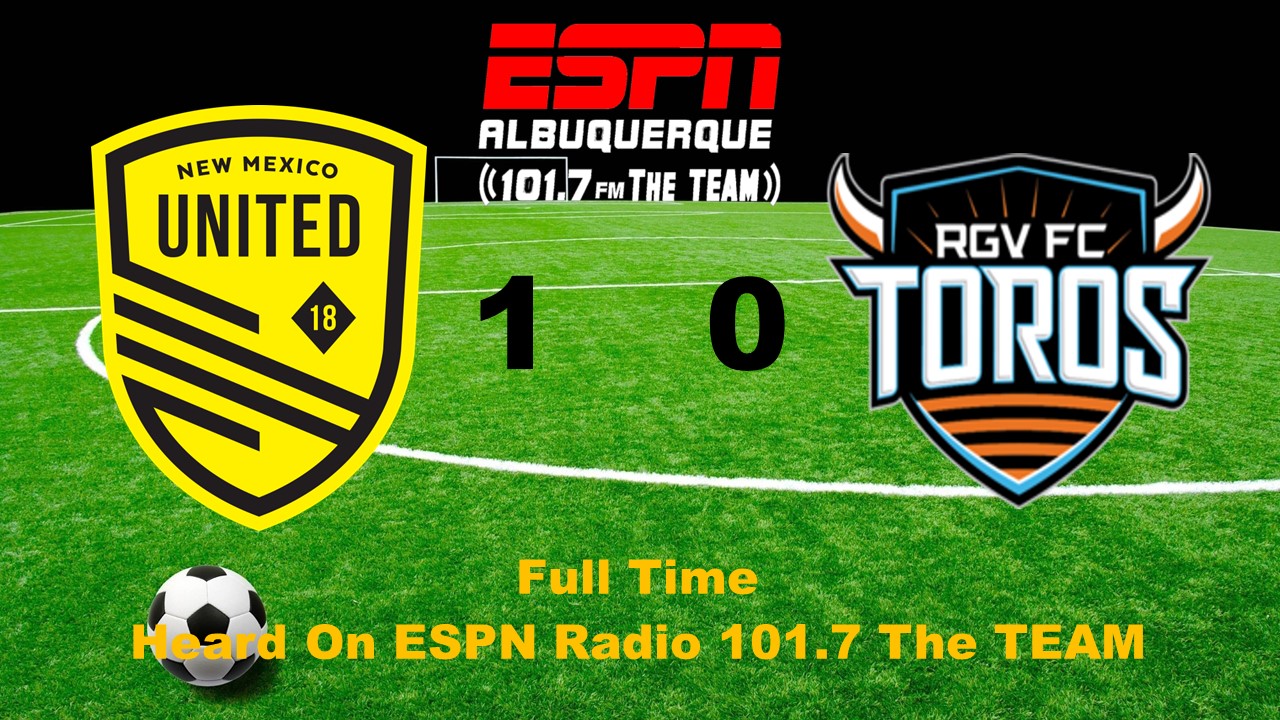 If there wasn’t bad blood between New Mexico United and Rio Grande Valley FC, there may be after tonight.

The evening’s affair was physical from the beginning with the visitors playing the role of the aggressor. Despite not having a lot of size, they were drawing fouls and trying to push United around every chance they could. RGV forward Frank Gaviria in particular was a menace in the attacking third. Going up against Will Seymore, Gaviria was whistled for fouls multiple times, but the referee seemed content to let the physicality go unchecked.

RGV pushed the possession well into their favor as United sat back to absorb the pressure and try to play on the counter. For much of the first half, RGV’s game plan was the better of the two. United absorbed the pressure well, but their attempts to counter floundered more often than they were successful. The back five of Rio Grande Valley played a large part in preventing United from connecting on those moments. They were stepping to the ball and not allowing United to push through the channels.

Sergio Rivas looked at times as though he could have an influence on the flow of the half, but his inconsistent play shone through more than the positives. At times when Rivas appeared to have room to drive the ball forward, he instead dribbled into traffic or instead turned and played the ball laterally. With his ability to run at defenders, Rivas could have spread the RGV defenders and opened up more opportunities for the hosts.

Instead, the physical play continued and the tensions between the sides began to boil over. Twice during the first half, shoving matches broke out and needed to be broken up. Even with the altercations, the match only saw one yellow given out during the first forty-five minutes and went into halftime goalless.

The message from head coach and technical director Zach Prince lit a fire under his side as they got play started in the second half. United looked more fluid on the ball and their decisions seemed to come much quicker. With the quicker pace, United was able to draw RGV out of their defensive shape and open up more opportunities to get into the attacking half of the pitch.

That didn’t slow down the hard play from either side as the fouls continued to come hard and fast. Jerome Kiesewetter became a favorite target for the ire of the RGV defense. The targeting of Kiesewetter ultimately resulted in a penalty being awarded to United in the 83rd. Once again, Justin Portillo was given the responsibility of stepping up for the spot kick. Perfect on the season, Portillo went to the lower right corner of the box as the RGV keeper went the opposite direction, slotting home for the match-winner.

Back on the winning side of the scoresheet, United moves back into fifth in the Western Conference, still with matches in hand over every club above them.

Will Seymore – Getting the start for the night, Seymore stepped up every time he was called upon. Seymore’s stat line finished the night with seven clearances, three tackles, and one interception. Beyond that though, Seymore was in the middle of every important defensive play of the night as United picked up another clean sheet.

United is back in action at The Lab on Saturday night as they finish the brief homestand. RGV will remain in town between the two matches as the two sides get set to play again under the lights. The weekend’s match is scheduled to kickoff at 7:00 p.m. (Mountain).