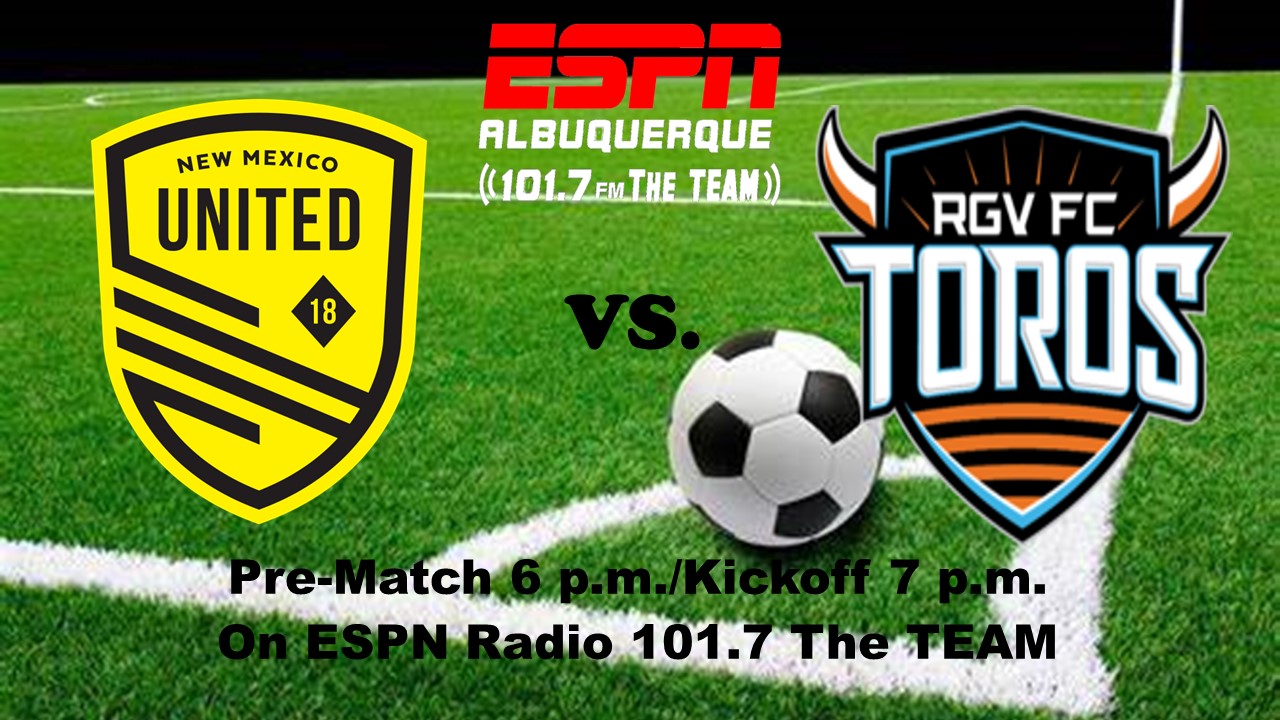 After a 1 – 0 win over Rio Grande Valley FC on Wednesday, New Mexico United plays host once again as RGV looks for a measure of revenge.  

The physical midweek match came down to the wire and was sealed by a late penalty conversion from Justin Portillo. There may not be much of a difference in how the two sides play this weekend, outside of changes to the team sheets. One that may come into play for RGV is the signing of midfielder Christian Pinzon. Pinzon was highly rated coming out of college and was drafted by Chicago Fire in the 2021 MLS Super Draft. Instead of signing with the MLS side, he opted to play for Chivas’ second team Club Deportivo Tapatio in Liga de Expansion.

RGV’s already strong midfield becomes even tougher to play against if Pinzon plays at the weekend. The aggressive play out of The Toros on Wednesday allowed them to showcase their ability to control possession and force United to play on the counter. It’s highly unlikely that Wilmer Cabrera’s side makes any major systemic changes. If they are able to increase their chances inside the box, they could end up on the winning side.

Frank Gaviria – RGV’s forward on Wednesday was a pivotal player in The Toros transitions from defending to offense. A physical presence, he was able to put his body to United players multiple times while disrupting their attempts to play into the box. Gaviria didn’t show much of a threat inside the area, but that could change with better delivery from the midfielders.

United’s play on Wednesday was a tale of two halves. Even head coach Zach Prince addressed it in the post-match press conference. United wasn’t good enough tin their attempts to get the ball forward after absorbing the pressure from RGV. He was quick to say that United’s lateral movement was better on the night than it had been. Into the second half, United took charge and released much of the pressure from the visitors. Having taken all of the physical play, they showed what quick ball movement and quick decisions could do to turn a match.

Although the game plan ultimately worked out, expect to see some changes from the hosts in terms of the team sheet and being more aggressive. The club may be without Harry Swartz, Chris Wehan, and Devon Sandoval again due to injury. In their absence, look for more pace up top with Neco Brett likely to get the start. United will need to remain more aggressive against an RGV side that has shown their strength defensively running five at the back.

Justin Portillo – After securing the win for United, Portillo will be the standout player for the Black & Yellow on Saturday. United has to be better at getting into the box and creating opportunities against clubs that like to pack the area. Although he is known as a set-piece specialist, Portillo can deliver the ball into the area and between the Toro defenders.

Saturday night’s match is scheduled to kickoff at 7 p.m. (Mountain) from The Lab. The match will be streamed live domestically on ESPN+ and internationally on YouTube. Locally the match will also be broadcast live on ESPN Radio 101.7 The Team, via The TEAM App, and The Team website.