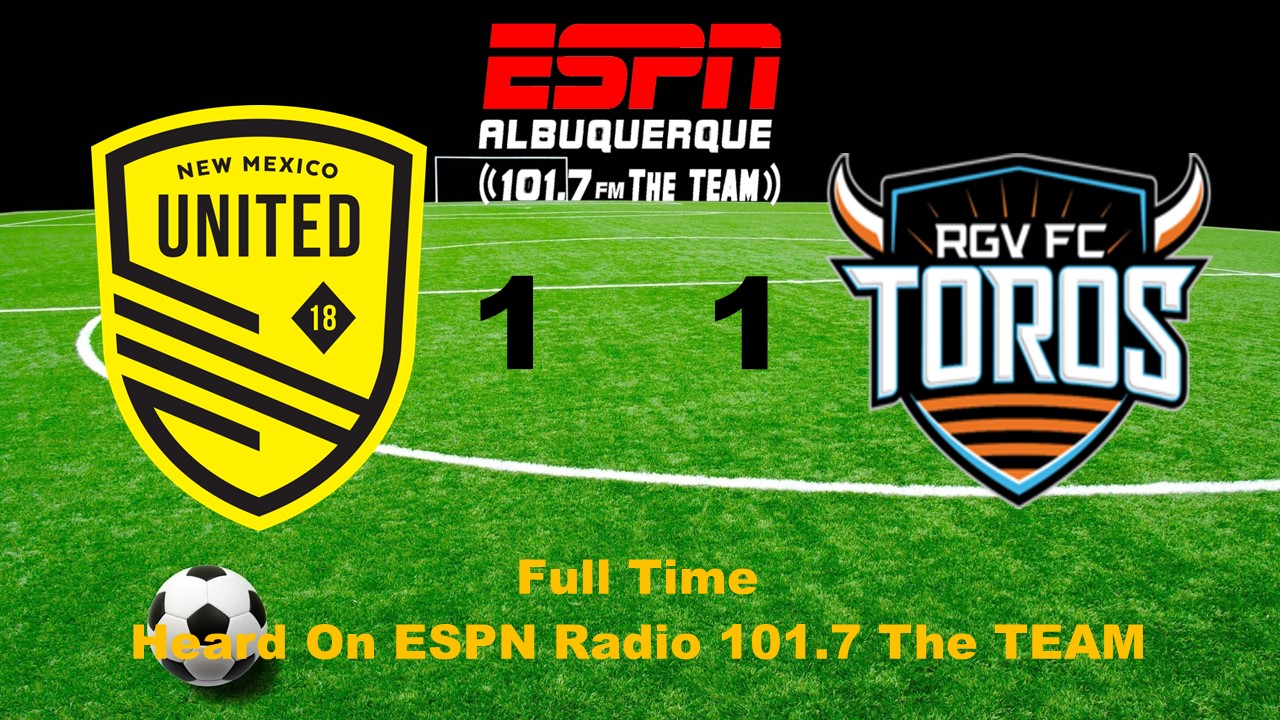 What looked to be another win for United turned into dropped points at the end of regulation.

The night started promising for the Black & Yellow as they came out more aggressive than they did at the midweek meeting. With the rain coming down, United looked crisper on their passes and more willing to engage the RGV midfield. Sergio Rivas, in particular, looked like a changed man from the previous match. Early on, he was decisive on the ball and drove at defenders, forcing them to face their own goal. By doing that, he was able to open space for Jerome Kiesewetter.

One of the heroes from the previous outing, Kiesewetter once again looked strong early and was finding ways to get inside the box. His efforts paid off in the 22nd when he found his first goal in league play for the club. Josh Suggs delivered a cross from the left wing into the near post where Kiesewetter elevated and sent a thunderous header towards goal. Javier Garcia was unable to react in time to stop the attempt and United took the early lead.

Much like the previous match, the physicality continued to increase in intensity as the night went on. This time, however, United wasn’t content to let the visitors control the action. Minutes after the opener, United won a set piece opportunity from around 30 yards out. Justin Portillod drilled the attempt towards goal and missed wide by mere inches from doubling the lead.

Later in the half, Kiesewetter nearly found home again off of another header. Neco Brett was the sender on this attempt. Kiesewetter directed this ball towards the net, but Garcia was able to make an athletic save to preserve the one goal deficit.

Into the second half the two sides went, with RGV continuing to pick up their level of intensity. Their attacks finally began to make a dent in United’s defense and shots began to rain in on goal. Credited with twelve shots in the second half, RGV had became the aggressor. It didn’t pay off for them until the final moments of regulation. Chelo Martinez put in a cross for Jesus Vazquez, who was able to direct it into the bottom corner of the net to pull level.

Jerome Kiesewetter – WIth two impressive performances under his belt this week, Kiesewetter seems poised to potentially break through into the starting eleven on a more regular basis. Kiesewetter notched his first league goal of the campaign and was dangerous throughout the night.

United’s congested schedule continues next week when they return to the pitch on Wednesday night. That match will take place against FC Tulsa with kickoff scheduled for 6:30 p.m. (Mountain).