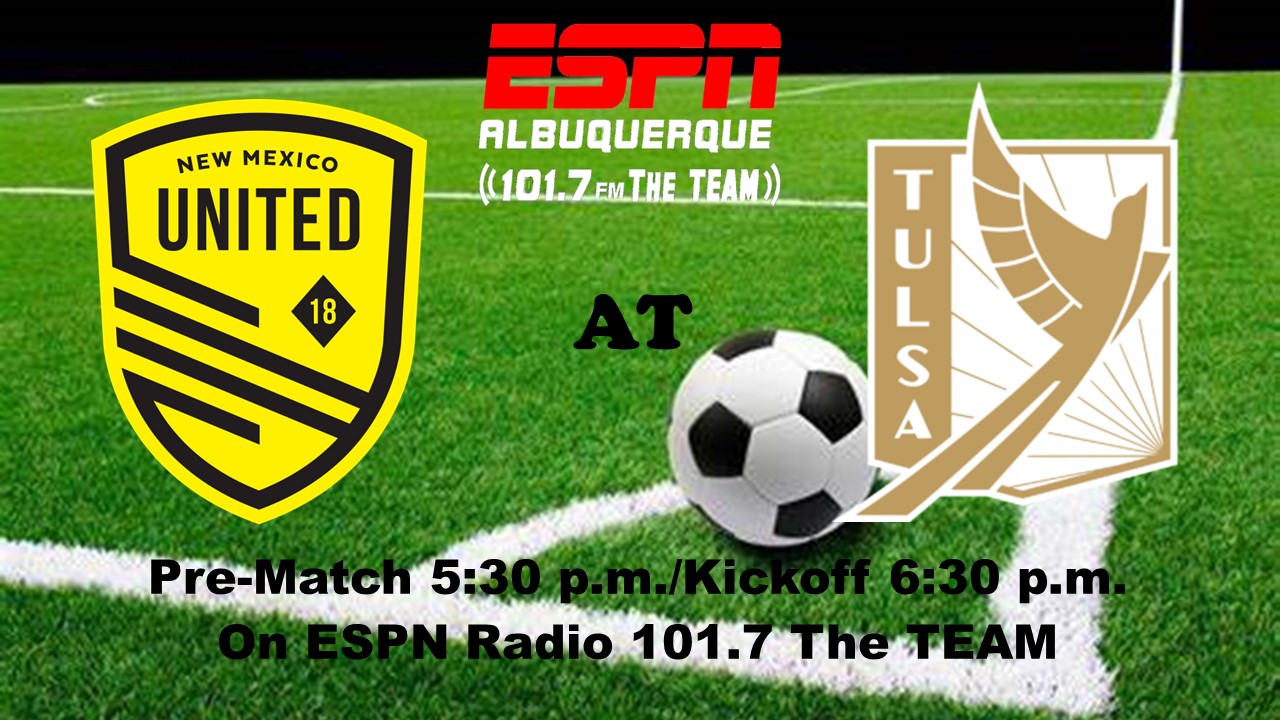 While most of the Western Conference is beating up on each other, New Mexico United is starting a four-match swing against clubs from the Eastern Conference. The first opponent of that stretch is FC Tulsa.

United and FC Tulsa will be facing each other for the first time ever on Wednesday when United heads to ONEOK Field. United supporters should be familiar with the club though. During the offseason, the two clubs worked together to secure the trades of Jerome Kiesewetter and Brian Brown. Both forwards have filled supporting roles for their new clubs, but Brown has had more opportunities to see the pitch. Despite having more opportunities to prove his value, Brown has taken a back seat to Clovis native, JJ Williams.

After spending portions of multiple seasons on loan with Birmingham, Williams signed a one-year contract with them in 2021 before moving to Tulsa for this season. Williams has become the target man in Tulsa’s system and has contributed to ten goals this season. There’s no shortage of players able to get the ball into the box for him, with seven players having two assists. All but one of Tulsa’s goals have come from inside the area this year, so they will push for opportunities to get inside all match long, forcing United to play narrow at the back.

Rodrigo da Costa – da Costa was the club’s leading scorer in 2021 and returned to find that he was no longer the priority target. Even though he is receiving fewer touches than Williams, da Costa is making the most of his opportunities. With seven goals on the season, the Brazilian continues to show why he was one of the best in the USL over recent seasons.

United’s midfield and central defenders have their work cut out for them on Wednesday. Although Tulsa’s record doesn’t reflect it, they can be a dangerous side. Their attacking style will likely play into United’s hands though. Most of their goals have come inside the box and that’s where United is at their strongest. With the ball in front of them, the Black & Yellow centrebacks are the best in the league.

As has been the issue for most of the season, United has to figure out how to get the ball forward and press the attack. They showed glimpses of that with crosses from Neco Brett and Josh Suggs falling into dangerous areas for United. The midfield has to be the ones to drive forward and force defenders to react, thereby opening up space for the forwards.

Chris Wehan – After missing the matches against RGV, Wehan was listed as available for the Tulsa match. With the lack of consistency from Sergio Rivas driving forward, Wehan’s return could be crucial to United on Wednesday. He’s been more dangerous out of the midfield and has the ability to cause issues for the midfielders of Tulsa.

Wednesday night’s match is scheduled to kickoff at 6:30 p.m. (MT) from ONEOK Field in Tulsa. The match will be streamed live on ESPN+ domestically and on YouTube for international viewers. The match will also be broadcast live on ESPN Radio 101.7 The TEAM, via The TEAM app, and The TEAM website.