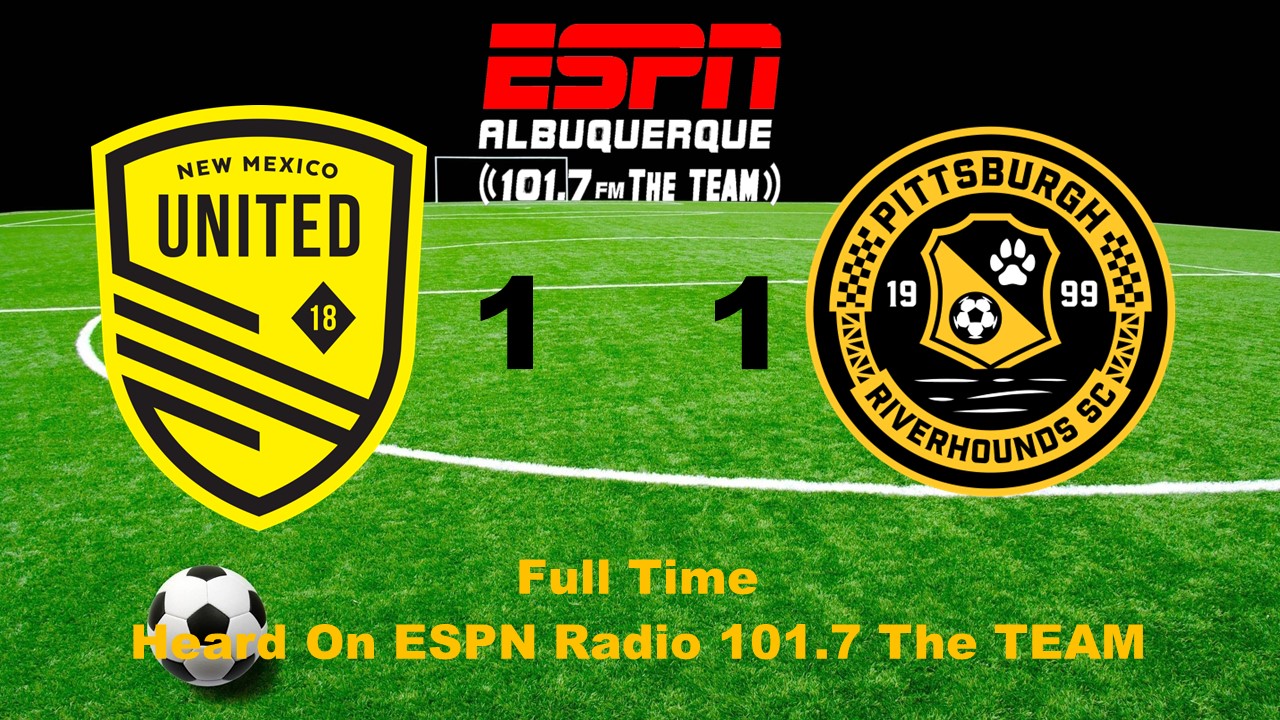 For the second weekend in a row, Jerome Kiesewetter found the back of the net, but it wasn’t enough for United to pull out a win.

Inside of a minute, United found a way onto the scoreboard. An interception by Will Seymore near midfield was enough to spring United forward. The trio of Seymore, Neco Brett, and Kiesewetter pushed into the final third against a lone Pittsburgh defender. Brett laid the ball off to Kiesewetter on the right side of the box who went back across the face of the goal to find the net. The goal went down as the fastest ever scored by United in the regular season at 50 seconds. Devon Sandoval holds the all-time record for United for his goal in the 2019 playoffs against Sacramento.

The one-goal lead was enough for United to hold throughout the first half. Josh Suggs looked dominant on the left and his crosses were causing issues for the Riverhounds early in the match. To their credit though, Pittsburgh continued to fight back. As the match continued, they were able to play themselves into the match. Between their ability to close on United players and the press they slid in and out of, they forced the hosts into quick decisions and kept them from pushing forward.

In the second half, Pittsburgh kept up their press and it paid off for them in the 75th. Dane Kelly, USL all-time goals leader, was played in behind the back line of United and found the equalizer. It was a flick from Russell Cicerone that sprung the veteran forward. The ball from Cicerone was sent towards goal and Kalen Ryden was unable to cover the run from Kelly. Kelly was able to neatly finish and got the ball just over the outstretched leg of Alex Tambakis and into the net.

United wouldn’t come close enough to finding the back of the net again for the remaining time on the night. The end result saw United extend their unbeaten streak to five matches, but once again drop points at home.

Alex Tambakis – Despite conceding the lone goal, Alex’s play kept the visitors from adding additional tallies throughout the match. His distribution was essential throughout the night.

After playing five matches in sixteen days, United gets a bit of a reprieve before hitting the pitch again. Their next match is on Saturday, July 23 when the club travels to Detroit to face USL newcomers, Detroit City FC. That match will take place at Keyworth Stadium.