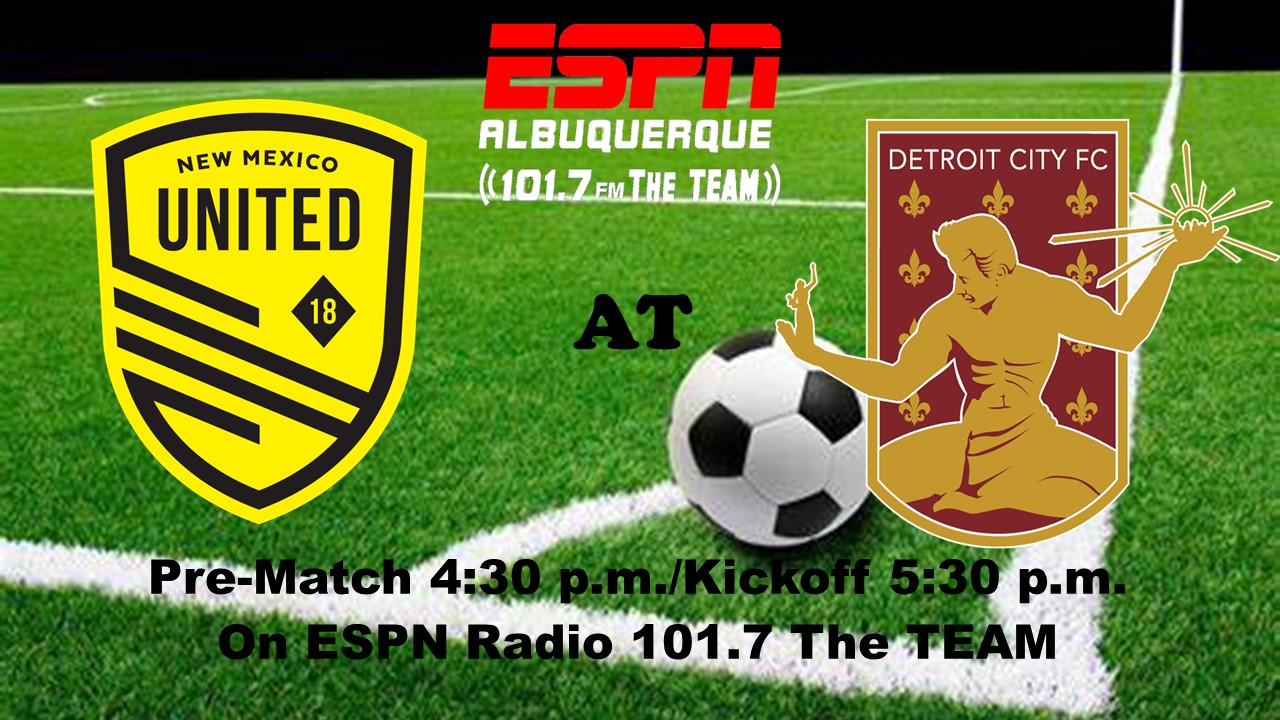 Both New Mexico United and Detroit City FC have been called the darlings of the USL Championship. Each side has been called the favorite of the league office, and a lot of similarities have been drawn between the inaugural seasons.

Detroit City FC made to switch from NISA to the USL Championship during the off-season and no one was sure how they would handle the transition to a bigger league. Halfway into the season, they’ve shown they can handle the competition in the Eastern Conference. They are currently sitting 5th in the East, on 34 points after playing a strong first half of the campaign. As successful as they’ve been against the East, they’ve struggled against the West, posting a 1-2-2 record.

They are a team that has caught most of the league off guard and has some talent on their roster that other clubs would love to sign. They brought in Antoine Hoppenot from Louisville City to lead their attack and trusted the back line to Nate Steinwascher, their long-time number one. Steinwascher has been the true star for DCFC this season, second in the league in clean sheets and third in the league in saves. The saves category is one area of concern for the hosts. Steinwascher has repeatedly bailed out the defense in front of him after giving up 76 shots on goal.

Nate Steinwascher – The number one will be the key for DCFC in this match. United has been very good on the road and throughout the season, they’ve put a lot of pressure on opposing keepers at times. Steinwascher will have to martial the men in front of him to limit the chances given up to United if they want to pick up a win.

Even after three and a half seasons, New Mexico United remains the road warriors of the USL. After 19 matches, United holds a 6-2-2 road record. Only San Antonio FC has more road wins this season. They’re also coming into the weekend riding a five-match unbeaten run. Three of those matches have ended as draws, but the run, still with matches in hand, has seen United rise to fourth in the West. Much of the success over that stretch can be attributed to Justin Portillo and Jerome Kiesewetter.

Kiesewetter’s status as a veteran and a nuisance in the final third has led to multiple goal opportunities for the club. Portillo has been just as involved, converting crucial penalty kicks and continuing to put the ball into the box when called upon. This weekend may see the introduction of new signing Romario Williams though. Away from the altitude of Albuquerque, Williams would provide a large target for Portillo and Swartz inside the danger area. If he plays, Williams will draw a lot of attention from the DCFC defense and will have to work hard to create space for himself. Inside the smaller confines of Keyworth, United should feel right at home and look to use every inch of the playing surface.

Sam Hamilton – Hamilton has gone largely unheralded this season, but he’s been called upon to play in multiple roles for United, succeeding in all of them. As a defender, Sam has shown an ability to track back and help cover runs from deep positions. The same could be said for his play in the midfield. Filling a role that was largely poor in 2021, Hamilton helps sure up a defensive midfield to control possession and turn play back upfield.

The first-ever match between New Mexico United and Detroit City FC is set to take place at Keyworth Stadium in Detroit. Kickoff is scheduled for 5:30 p.m. (MST) and will be available for streaming on ESPN+ domestically. Internationally, the match will be available on YouTube. Locally, the match will be broadcast live on ESPN Radio 101.7 The TEAM, via The TEAM app, and The TEAM website.