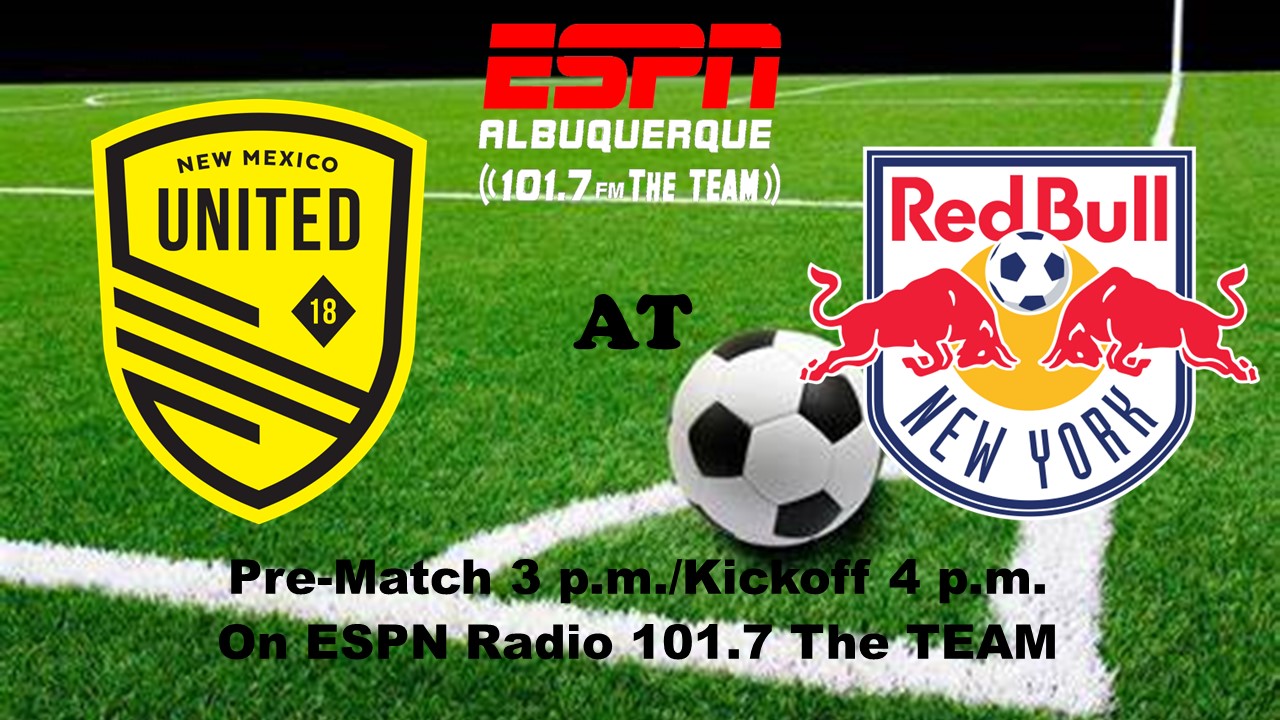 The run through the Eastern Conference continues on Sunday for New Mexico United. Their current two-match road trip ends this weekend with their trip to the Jersey shore to meet New York Red Bulls II for the first time.

The “Baby Bulls” as they are known, are having a season to forget. Sitting dead last in the Eastern Conference, NYRB has the worst goal differential in the entire league and are the favorites to win the Wooden Spoon at this point. There really haven’t been many positive moments from the hosts this season.

United presents yet another tough test for their opponents. While United hasn’t set the world on fire with their attacking prowess, the Red Bulls are extremely porous at the back. Without being able to tighten up their defending and their goalkeeping, they will likely fall once again. The Red Bulls lack of a cohesive attack doesn’t do them any favors either when facing a defense as sound as that of United.

Jeremy Rafanello – The former Nittany Lion stands out as the biggest threat that the Baby Bulls will throw at United. Rafanello has been the most consistent threat for New York up top and is near the top of club in each major attacking category. United likes to play three at the back and there will be space for Rafanello to potentially exploit, but if they remain compact, the experience of Kalen Ryden and Will Seymore will be able to contain the forward.

Once again, United heads into the weekend with matches in hand on the majority of the clubs around them in the standings and a chance to put some space between themselves and the clubs below them in the table. With the playoffs inching ever closer, every point is crucial as United nears the “safe zone”. Some projections have forty-five points as being safely in the playoffs, and United currently sit twelve points off that mark. With fourteen matches remaining there is plenty of time for United to hit that mark. Taking into consideration that this weekend could be the official return of Amando Moreno, United will gain yet another attacking option in time for the final push.

After missing a year with a torn ACL, Moreno recently rejoined the first team in full training sessions and is at the very least traveling to New Jersey. A return to the pitch for Moreno is likely to only be a cameo appearance as he continues to find his match fitness. Against the Red Bulls, United’s pace up top should be more than a match for the defenders. Working out of the wide areas will give United additional chances to get the ball into the box. No matter who is up top for the Black & Yellow, this match should work out in United’s favor.

Neco Brett – Brett picked up another goal during the last outing for United and hopefully that unlocks more opportunities for him going forward. Brett’s pace should both provide him with opportunities and also pull the attention of the Red Bull defenders. Paired with someone like Jerome Kiesewetter or Romario Williams, Brett will be able to roam more and pick up the ball in deeper areas if needed and play off of the guys who are stronger in the hold up.

Sunday afternoon’s match is scheduled to kickoff at 4:00 p.m. (MT) from New Jersey. The match will be streamed live on ESPN+ for domestic viewers. The match will also be broadcast live locally on ESPN Radio 101.7 The TEAM, via The TEAM app, and The TEAM website.