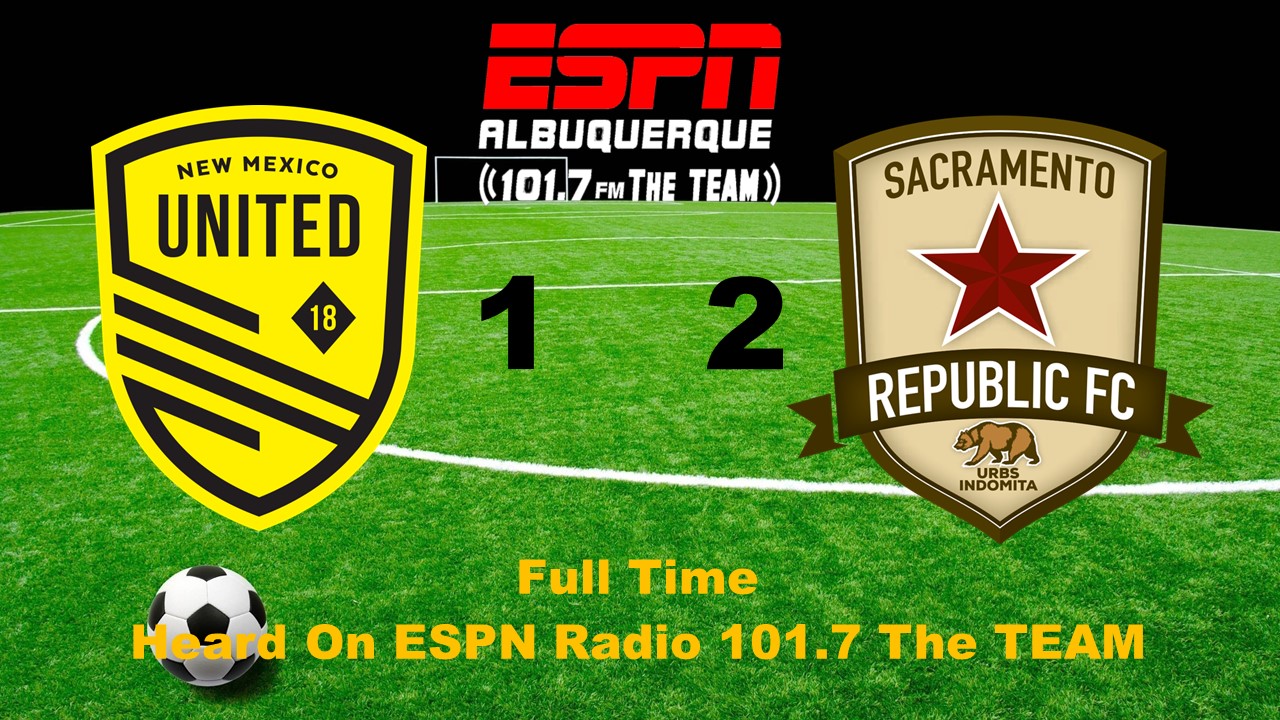 The return to The Lab for United started without much in the way of action to speak of. After a first forty-five minutes where United controlled possession and neither side truly threatened the opposing keeper, it looked like the crowd was in for another nil-nil draw.

Then the second half got underway. Inside of sixteen minutes, the complexion of the entire match changed.

United was the first on the board when an attack that appeared to have been stopped was given new life. Chris Wehan and Tabort-Etaka Preston worked their way into the box, but Wehan lost control of the ball while trying to make a pass. Sacramento Republic defender Conor Donovan seemed to misplay a pass of his own inside of the area. Preston leaped at the chance to pick up the loose ball. Snaking around the Republic keeper, Danny Vitiello, Preston found the back of the net to open the scoring.

Once the first goal found it’s way into the net, the match began to open up. Sacramento was the side to respond to the shift in the match. Only minutes after conceding, Keko took a cross from Rodrigo Lopez at the far post and had a free look at the goal. There appeared to be some miscommunication at the back as Keko made his run into the danger area and he was left completely unmarked for the cross. After getting behind multiple United players, Keko slotted home for the equalizer.

Lopez would add another assist to his tally just four minutes later after a mistake by Sam Hamilton in the defensive third. As he was attempting to dribble out of a dangerous area, Hamilton lost possession of the ball, unforced, allowing Sacramento to take over in the final third. Lopez found a way to get the ball to Douglas Martinez, who somehow managed to remain onside and get a shot off. Alex Tambakis came off of his line for the attempted save, but couldn’t come up with it. With the lead in hand, Sacramento began the gamesmanship. Taking every extra second they could manage, they ran down the clock in an attempt to limit United’s chances to find another late goal.

United continued to fight against their own movements on and off the ball and couldn’t get out of their own way at times. Errant touches and sporadic control kept them from finding a good enough opening to end a third straight match with late heroics. With the loss, United drops to 3-2-5 on the season at home and failed to extend the point gap between themselves and the clubs below them in the table.

Tabort-Etaka Preston – Preston was visibly the most dangerous player on the pitch for much of the night. He managed to pounce on a loose ball and opened the scoring for United, and it was a goal that was a long time coming for the forward. He’s been close for a while and his work paid off for him tonight.

New Mexico’s homestand continues on Saturday when The Miami FC enters The Lab. The match on Saturday night is scheduled for a 7:00 p.m. kickoff and will be broadcast live on ESPN+ and ESPN Radio 101.7 The TEAM.