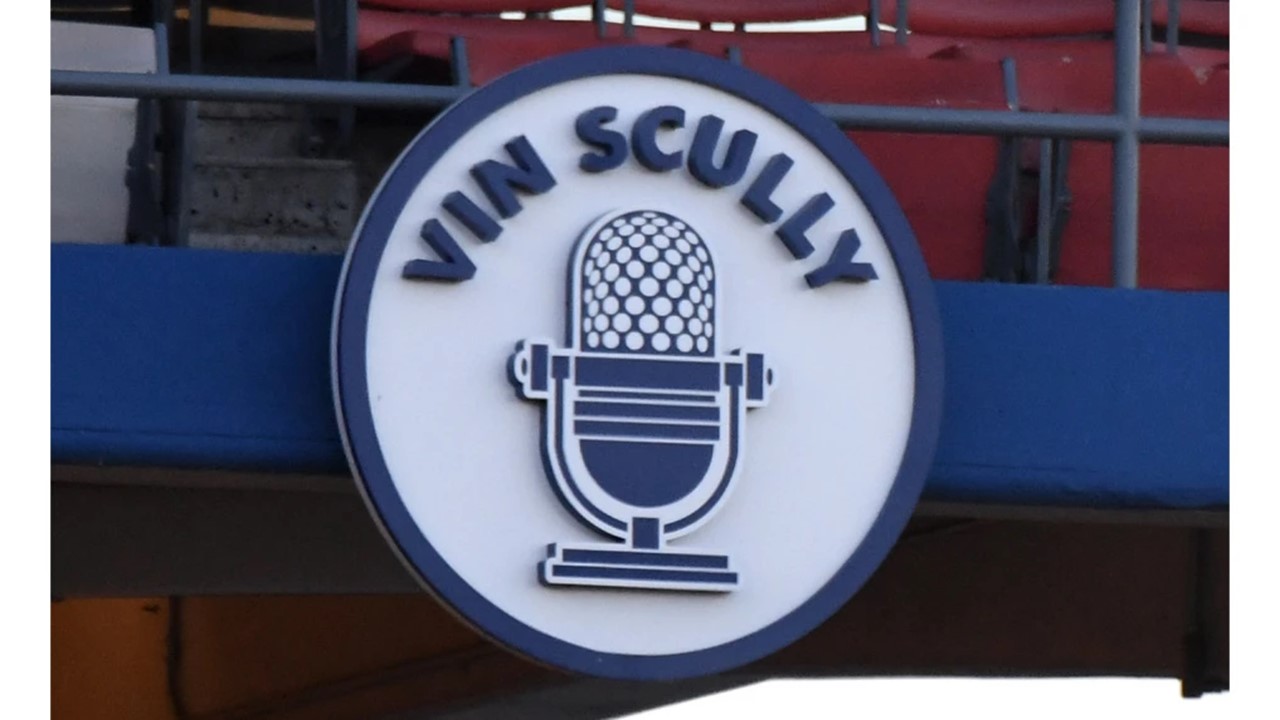 August 2, 2022 – a date that will forever be seared in the hearts of Dodger fans and baseball in general. On that day, we lost a legend.

Vin Scully, Hall of Fame broadcaster for the Los Angeles (formerly Brooklyn) Dodgers passed away at the age of 94. News of his passing quickly reverberated throughout the baseball community.

It is only fitting that the Dodgers were playing the rival Giants and that Oracle Park announced his passing since it was the place on October 2, 2016, that Scully signed off on his final broadcast.

Whether you are a Dodger or baseball fan, you have watched or listened to the voice that personified the sound of summer. Even if you don’t follow baseball but watch movies, you have heard Scully’s voice in various movies and television shows.

Many notable broadcasters have passed, but this one hit me hard.
I can count all of the Dodgers/Giants games I either watched or listened to over the course of my lifetime and as a fan of the game. This doesn’t include my over 20 years sitting in the press box as a radio sports director and newspaper writer.

It seems like everyone has a memory of Vin Scully. Some are personal contacts, and some are memories that he created for them. Vin Scully was one of the broadcasters who inspired me to be a play-by-play announcer.

When I was four years old, my father, using a reel-to-reel recorder, interviewed me. He asked what I wanted to be when I grew up and who my favorite broadcaster was. Even as a four-year-old, I was able to see greatness and I said, “Vin Scully.” I wanted to be a broadcaster just like that red head from the Bronx.

Growing up 18 miles from LA, the balmy summer days were accentuated by the crack of the bat, the roar of the crowd, and the East Coast drawl of Vin Scully.
In those days, we hooked our recorder directly to our “modern” stereo, circa 1970. I used these recordings to edit highlights and study the mastery of Vin Scully and his easy conversations with Jerry Doggett, Don Drysdale and Ross Porter.

The Dodger Radio Network also did a Dodger Daily Report with highlights of the game that I rarely missed. In fact, I’d listen to the hourly repeats until they no longer ran.

During the era before the cell phones, the transistor radio was the “must have” technology to hear Scully. It got even better when the Dodgers promotion was the baseball-shaped transistor radio giveaway. My parents always took me to that particular game to get one of these AM radio gems. I wish I would have kept it.

Later in my career, when I covered the Dodgers, I had the chance to see Vin in person, say hello and at times, talk. There was something special about the person I admired for so many years growing up.

Getting to know him and occasionally having the opportunity to sit in the back row of the radio booth with the engineer to take in Scully’s mastery was a huge perk. But listening to him throughout my life as a fan, including his famous Farmer John and Union 76 commercials, provided some of the fondest memories.

What was amazing about Vin Scully, is that he was just as good on a national broadcast as he was on a Dodger radio broadcast. He treated every broadcast as if it was the most important and created his infamous binders with stats, quotes, and stories. He meticulously and creatively gave narration to the game. If you closed your eyes, you could see the action.

His call of Dwight Clark’s touchdown pass from Joe Montana against the Dallas Cowboys was just one of those Hall of Fame calls.

But the most famous call was the Kirk Gibson homer against the Oakland Athletics. I was fortunate to be covering the game and didn’t hear the call. But when I got home to hear his call, it put the experience altogether. A broadcasting gift, that Scully wrapped with a Dodger blue bow.

I later asked him about the comeback before the next game. His response was simple, “unbelievable.”

To me, the word “unbelievable” describes Vin Scully. His calls, what he meant to millions of people, and what he meant to the broadcasting industry will never be replicated and never forgotten.

In a word, Vin Scully was unbelievable.