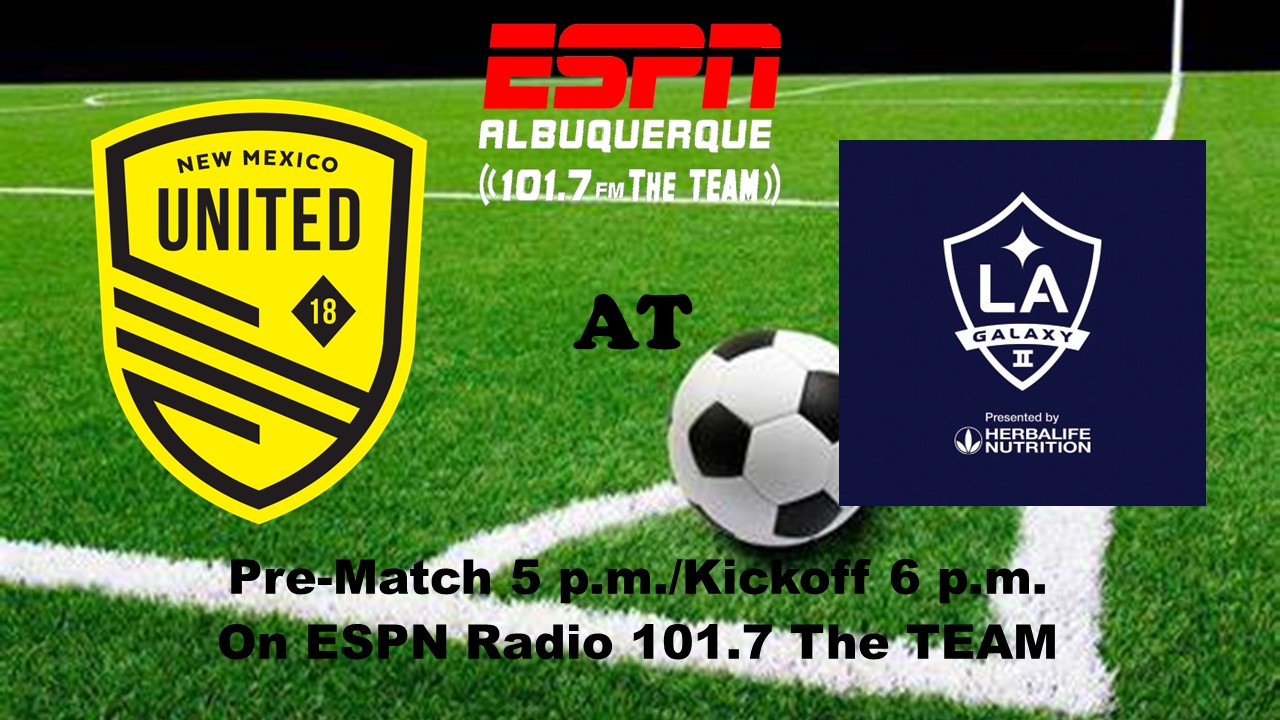 Los Dos has been in the news recently, and not in a good way. While New Mexico United is looking to build their own stadium, LA Galaxy and LA Galaxy II were caught trying to steal one.

The parent club and the City of Irvine had intended to have a hearing about the future of Dignity Health Sports Park until they got caught and called out on social media. In the aftermath of the news leaking, the parent club attempted to walk back the story, but the damage had been done. For now though, Dignity Health Sports Park will remain the home of Orange County, Los Dos, and Cal United Strikers.

It’s also the site of this Sunday’s match between Los Dos and United. The two sides are in the thick of the playoff hunt, with the hosts sitting just outside the picture. They’re two points off the pace of Las Vegas Lights FC and seven behind United. With as tight as the Western Conference standings sit, anything could still happen and with the results from around the conference over the past two weekends, no one is out of the race yet.

Los Dos has been a Jekyll and Hyde club this season, with their results being all over the map. Recently they’ve gotten mired in a four-match winless streak, including three losses. The biggest issue they’ve faced over this stretch has been their defense, conceding twelve times in four outings. This is a team that has the talent to beat United, but they will have to put forth a monumental effort to slow down a reinforced attack from the Black & Yellow.

Preston Judd – The young forward has been splitting time between the USL and the MLS this season, but has been dominant while with the II side. He leads the club in goals and is fourth in the entire Western Conference. A talented player, he caught the eye of the of LA Galaxy ahead of the 2021 MLS Super Draft and signed with the club shortly after.

New Mexico United has been fortunate that their poor form of late hasn’t hurt them any more than it already has. They still sit fourth in the West and are well within striking distance of the third seed in the playoffs if they can pick up a few results. Poor runs of form from all the other clubs around them in the standings have kept the Black & Yellow in a solid position despite squandering chances to pick up points from their matches in hand. Fortunately for United, the club is back on the road where they sport an impressive 7-2-3 record during the 2022 season and they just resigned forward Kevaughn Frater until the end of the year.

Frater’s return brings another attacking threat in for United, who has struggled to find the net at times throughout the year. Despite only playing for the club for only one year prior, Frater is third all-time in goals scored for the club. He is a proven entity and understands how to play against these Western Conference clubs. With him in the team sheet, it will allow players like Chris Wehan and Cristian Nava to get more opportunities to play the ball from deeper on the pitch and go back to being true engines for the club. The addition of the Jamaican will also help to open up more opportunities in and around the box for Romario Williams and Neco Brett, while most likely pushing Tabort-Etaka Preston out wide into a more familiar position for him.

Frater – It’s unclear whether or not Frater will see his ’22 debut with the club this weekend or not, but should he be there, he will be a dynamic player on the pitch. United supporters will recognize the ability to create runs and work behind defenders. He will outpace all of the Galaxy II defenders and hopefully disrupt what they want to do at the back.

Sunday evening’s match is set to kickoff at 6 p.m. (MST) from Dignity Health Sports Park. The match will be streamed live domestically on ESPN+ and for international viewers on YouTube. The match will also be broadcast live in the metro area on ESPN Radio 101.7 The TEAM, via The TEAM app, and The TEAM website.