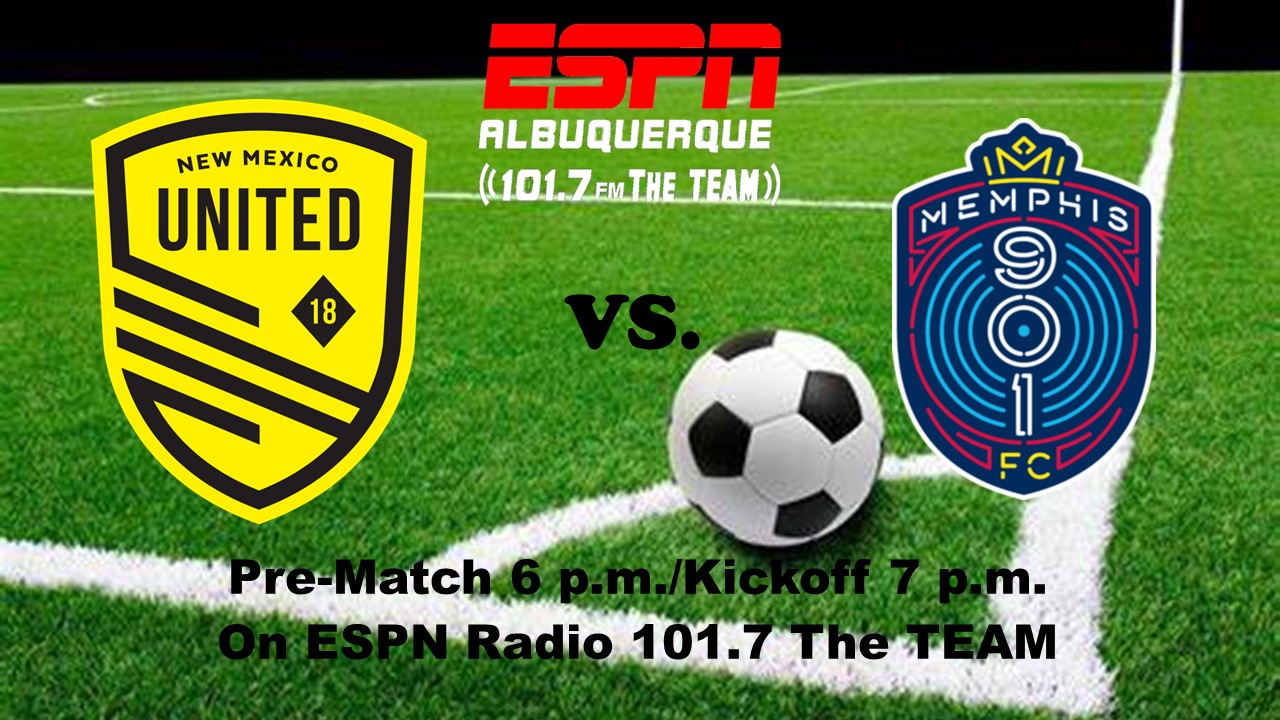 The playoffs are fast approaching and New Mexico United’s form is leaving a lot to be desired. They’ve won once in the last five tries and only picked up seven points in that time frame. The bigger issue was the failure of the club to take advantage of the matches they once held in hand.

United’s push to the playoffs doesn’t get any easier from here on out. Seven of the remaining matches, starting with the midweek against Memphis 901 FC, will be against clubs currently in playoff positions. Memphis has already all but secured its playoff berth and is pushing for the number one seed in the Eastern Conference. Coming into the match, they’re unbeaten in four and their only loss in the previous five matches is to the current number one seed Louisville City FC.

Memphis has run over each of their first five Western Conference opponents by a combined score of 13-3 while picking up a perfect fifteen points. They’ve been led all season by the combined prowess of Phillip Goodrum and Trey Muse. Goodrum has been the man at the point and leads the club in scoring with thirteen goals in twenty-two appearances. Muse meanwhile, is conceding just over one goal per appearance and has earned five clean sheets for the club so far.

Aaron Malloy – The former PDL Young Player of the Year has been impressive in his time with Memphis and has been a key part in getting the ball forward. Between his ability to run with and without the ball, Malloy is nearly as dangerous as Goodrum. He leads the club in assists and is second in goals scored. United’s recently porous back line will have issues containing Malloy on Wednesday.

United continues to be United. They surrender leads and what was a solid defensive unit for much of the season has suddenly lost its way. Kalen Ryden has looked lost at times and the defensive play as a whole has been missing rotations and had some issues with communication. Both issues have led to goals being conceded. Coming into what is likely the toughest stretch of the season, that doesn’t bode well for the Black & Yellow unless they can fix the issues.

The problems don’t stop there. The midfield has been lacking, yet the club decided to let Carl Sainte go out on loan with North Texas for the rest of the season. One of the biggest issues all season has been the lack of link-up play between the midfield and the forwards, but the forwards are doing the best they can with the service they are getting. The front office decided to bring in two more forwards to help solve the scoring issues, but so far, it hasn’t been enough. Zach Prince has to figure out something tactically in order to get more out of the entire pitch if United wants to host their first home playoff match in the club’s history.

Cristian Nava – In his return to the team sheet after a mysterious absence, Nava eased his way into the match before making his mark. His ball movement and his energy were an improvement over what has been seen from the club in recent weeks. Given another chance on Wednesday, Nava could be instrumental in helping to break down the stout Memphis defense.

Wednesday night’s match is scheduled to kickoff at 7:00 p.m. (MST) from The Lab. The match will be streamed live on ESPN+ domestically and YouTube internationally. Locally, the match will also be broadcast on ESPN Radio 101.7 The TEAM, via The TEAM app, and The TEAM website.