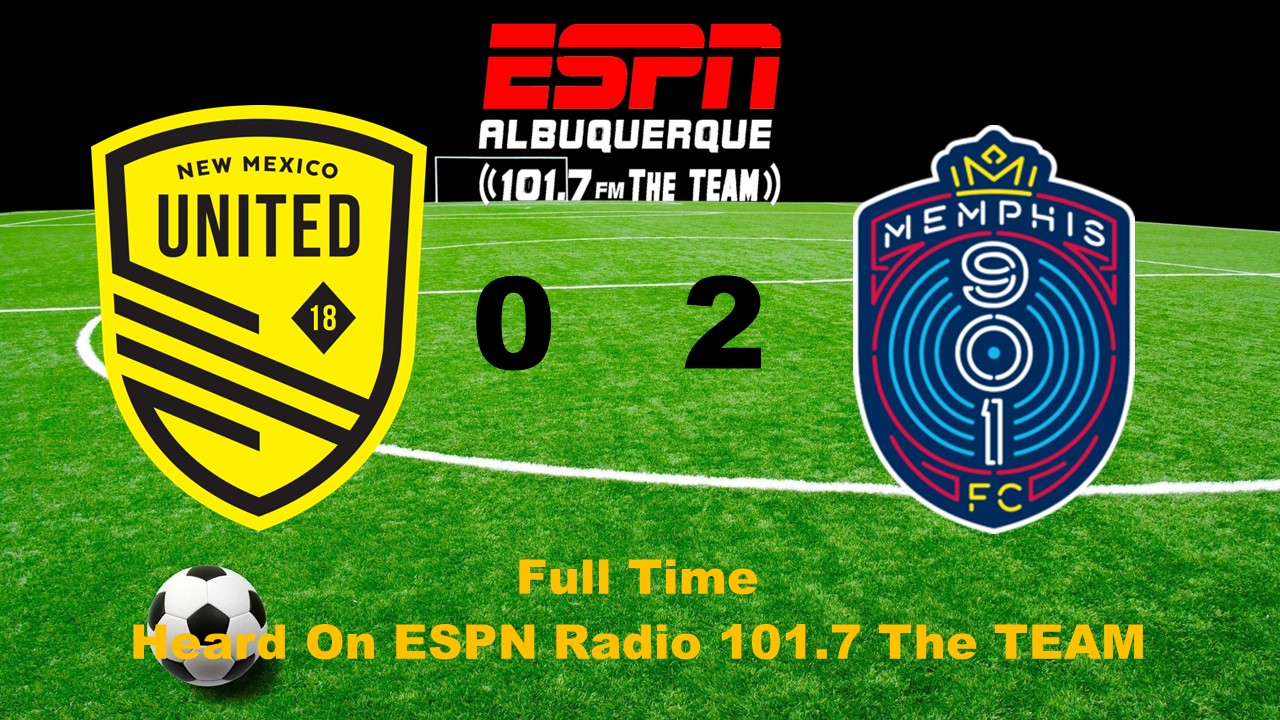 This one wasn’t going to be easy. That was apparent before the night even began. Memphis was coming into The Lab as one of the best clubs in the entire USL Championship and United wasn’t playing like a playoff side.

In a throwback to 2019, Zach Prince put out a teamsheet featuring Kevaughn Frater and Devon Sandoval as the starting forwards with Chris Wehan playing underneath them. For a while it looked like United had something working for them finally. The pace and creativity of a midfield setup with Wehan, Amando Moreno, and Cristian Nava looked promising. Going forward, United looked more fluid than they had in a number of matches. They still couldn’t find the back of the net though.

There were other positives on display prior to the concession. As a unit, the side was tracking back in defense and picking up each other when Memphis was able to get a run into a dangerous position. Even the forwards were involved in defending the defensive half and trying to flip the play on the pitch.

Just after the half-hour mark, Memphis finally find a solid opportunity to get the opener. After a giveaway by Rashid Tetteh near midfield, Memphis turned upfield and made a run at the back line of United. United appeared to have played Phil Goodrum offside, but they didn’t account for Luiz Fernando coming in off the right. Fernando beat Harry Swartz down the channel and held his run just long enough to get in behind when Kalen Ryden stepped up to attempt to stop the pass. Aaron Molloy had enough on the through ball to get it past the defenders and into the path of Fernando. The midfielder was able to skip around Alex Tambakis, who despite his best efforts, couldn’t prevent the ball from going into the back of the net.

United would come close throughout the night while sending twenty-nine crosses into the area. Unfortunately, the near-post runs weren’t there to pull defenders out of position and open up space for the forwards.

It was the visitors that would take the final goal of the night. Phillip Goodrum got away on a break two minutes into stoppage time. Molloy was once again involved, sending the ball over the top. Taking the ball in stride, Goodrum ended up one-on-one with Tambakis. The keeper came off of his line and attempted to make himself as big as possible. It wasn’t big enough though, as Goodrum chipped the ball over his head and into the net to secure the three points for Memphis.

Will Seymore – Seymore was one of the better players on the pitch for United. He stood out in both the attacking and defensive aspects of the match. With any luck, the injury he picked up won’t preclude him from playing this weekend.

United returns to action on Saturday when Monterey Bay FC makes it’s first trip to The Lab. That match is set to kickoff on Saturday at 7:00 p.m. MST.