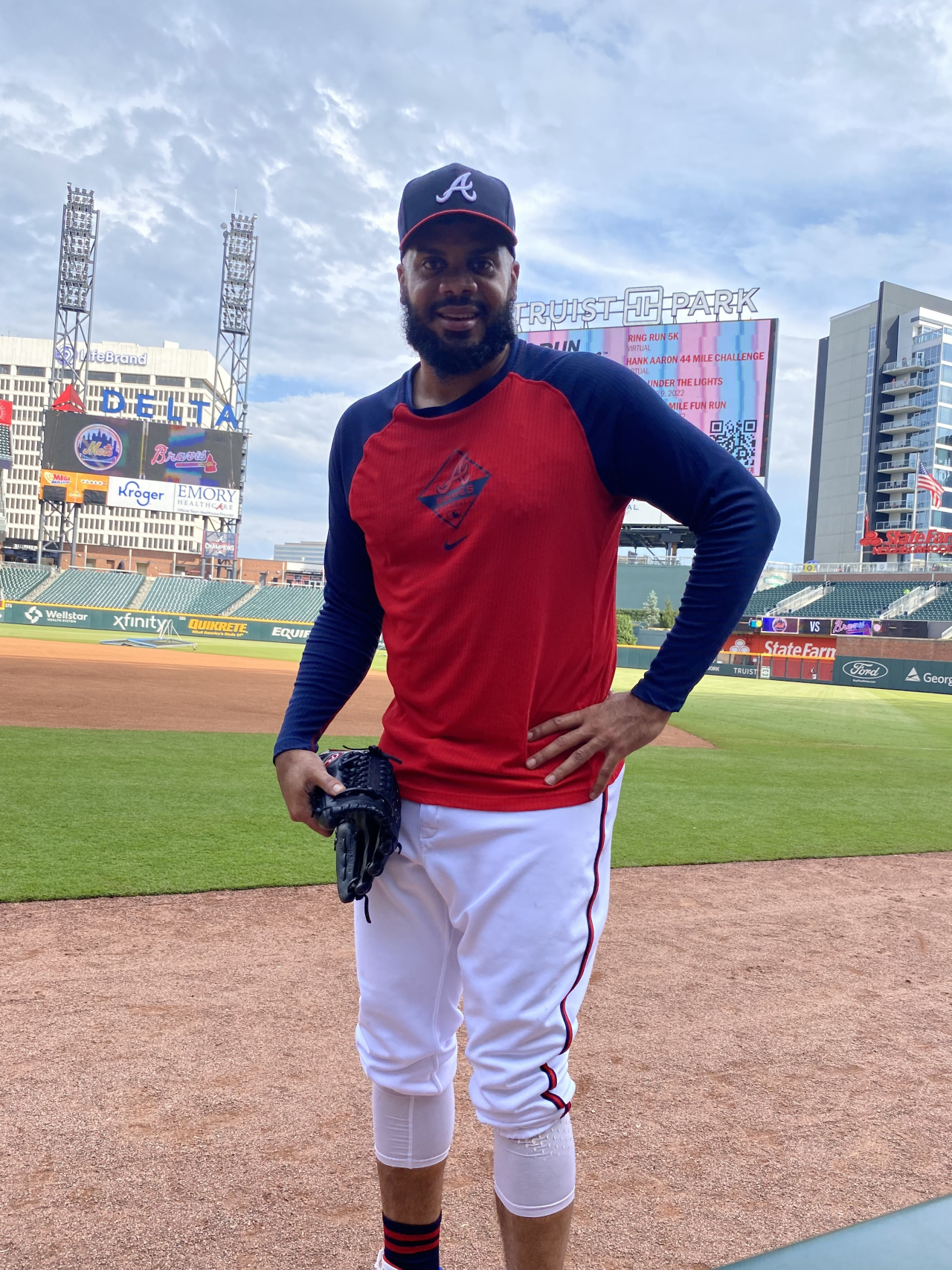 Leaving a championship team is never easy to do for any player, especially a player who started in their farm system and made it to the big leagues in 2010. The Dodgers was the only major league team Kenley Jansen knew until joining the Atlanta Braves.

Going from one championship team to another is not standard practice, but Jensen was never standard.

After spending his entire career with the Los Angeles Dodgers, who convinced him that his arm could be better used from the mound than behind the plate, Jansen continues to impress and notch accolades for his cool-headed saves. He also moved from one team trying to repeat as World Series champions to another.

Jansen is in his first season with the Atlanta Braves after signing a one-year $16 million contract on March 18, 2022.

Although he was given a new opportunity, he went to Atlanta with a heavy heart.
“It was tough,” Jansen said. “To be honest with you, it’s not a decision that I could’ve made between the Dodgers and the Braves.
It’s really a decision to make that what you have on the table and what the opportunity is. That’s why I chose. I couldn’t wait for too long and let other opportunities walk away.”

“For me to do that, you accept it and it went a little bit easier, but, you know, it’s always tough to just leave a great organization like that I’ve grown up and played a total of 17 years,” Jansen said. “Of course, it’s tough because that’s the only thing you know.”

Jansen has a bit of history involving the Braves. His brother Ardley Jansen was an outfielder in the Braves system for seven seasons (2000-2006). And the team has made Jansen feel right at home.

“I came here and all my teammates, coaches, and everybody around make it so much easier,” Jansen said. “Man, since then, I feel home here, and I love it here.”

The 34-year-old right-hander continues to sign his name in the history books.

He is 12 saves away from tying Hall-of-Famer Dennis Eckersley for the eighth most career saves in baseball history.

Ironically, Jansen recorded his 20th save of the season on June 26 against the Dodgers.
With that save, he became just the 14th players in history to record at least 20 saves in 10 different seasons.

Another piece of irony, Jansen’s 378 career saves, second most among active pitchers, trails current Dodger closer Craig Kimbrel.
He is also tied for 9th on the all-time save list with his 19 career postseason saves, second only to former New York Yankee Mariano Rivera.

His goal for this season is simple, another ride through the postseason and helping his current team repeat as World Series champions.

“Both teams that I know are going to be a contender team,” Jansen said of the Dodgers and Braves. “The Braves are going to be a contender so I want to be on a contender team, and right now, all I care about is how many more championships we can get. And I’m ready here to help the team repeat it.”
It’s awesome to see how we play together as a team, and everybody’s locked in for another championship. So, let’s hope everybody stays healthy and we just compete.”

But as Jansen continues that quest, he reflected on a man who called many of his games, Vin Scully.
“Such an unbelievable man and unbelievable person,” Jansen said of Scully. “I’m glad that I can say that I was a part of him. He announced many, many games of mine and that’s the one thing that I can cherish with my kids and tell them how great he was and what kind of legend he was for not only the Dodgers, but the whole baseball community and sports overall.”

Jansen was not in Los Angeles, or the Dodgers Organization as long as Vin Scully, but after his signing as an undrafted free agent on November 17, 2004, Jansen spent 17 memorable years with the Dodgers.

On Thursday, August 18, he collected his 28th save of the season with the Braves and came one save closer to catching another one of the all-time greats.