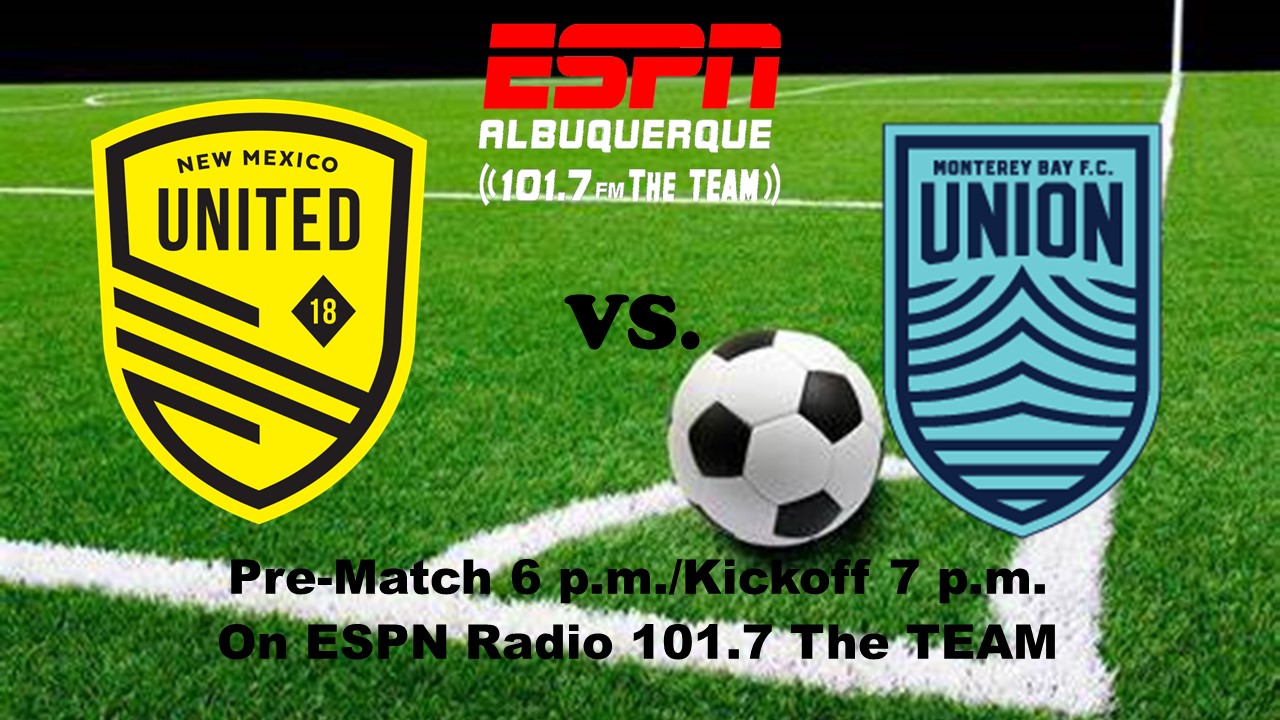 Since the club’s inception, each season has come down to the wire for New Mexico United. This season is turning out to be no different. Had United managed to keep up their form from July, they would be in a much more secure position. Fortunately, the majority of the Western Conference has fallen off the pace as well and allowed United to keep their grasp on a playoff position.

Monterey Bay FC comes in on a bit of a turn-around. Since their early season woes, the expansion club has been in the middle of a strong run of form, enough so to keep them only five points outside the playoff race. They sit eleventh in the table, but with matches in hand on all of the clubs above them, they have room to make a run.

Some familiar faces will be back at The Lab on Saturday, the most familiar one is Sam Gleadle. The former Lobo and Sol midfielder has found a new home with Monterey and is putting together one of the best careers of his professional career. Gleadle is a player who can stretch the field and allow those around him the opportunity to work in space. Sam can play the box-to-box role and will provide the visitors with a solid base in the middle areas.

Christian Volesky – Another face that United is familiar with from previous encounters, Volesky has plied his trade around the league and the Icelandic first division. He’s been successful at every stop in his career so far and provides Monterey with a veteran presence and scoring threat every week.

The Black & Yellow are beginning to feel themselves with their backs to the wall. On and off the pitch. On the pitch, they haven’t won in three weeks, which has lead to some supporters questioning whether or not Zach Prince is the right man for the job. Despite the poor results, United has continued to play well for large stretches of time. Now, with the return of Kevaughn Frater the club should have more than enough firepower to pick up some wins to close out the season.

On Wednesday, United put in twenty-nine crosses trying to break into the back line of Memphis. The balls came frequently enough that they looked promising. If the new look midfield can create more havoc or induce more near post runs, the wide play will begin to pay off. Opposing clubs have been playing narrow at the back against United, ceding most of the wide spaces. United will have to find a way to break down a good Monterey defense in order to pick up points on Saturday.

Kalen Ryden – Ryden has struggled at times this season and this could be the match for him to solidify his play again. Monterey hasn’t scored an enormous amount of goals and a veteran line anchored by Ryden could completely shut them out.