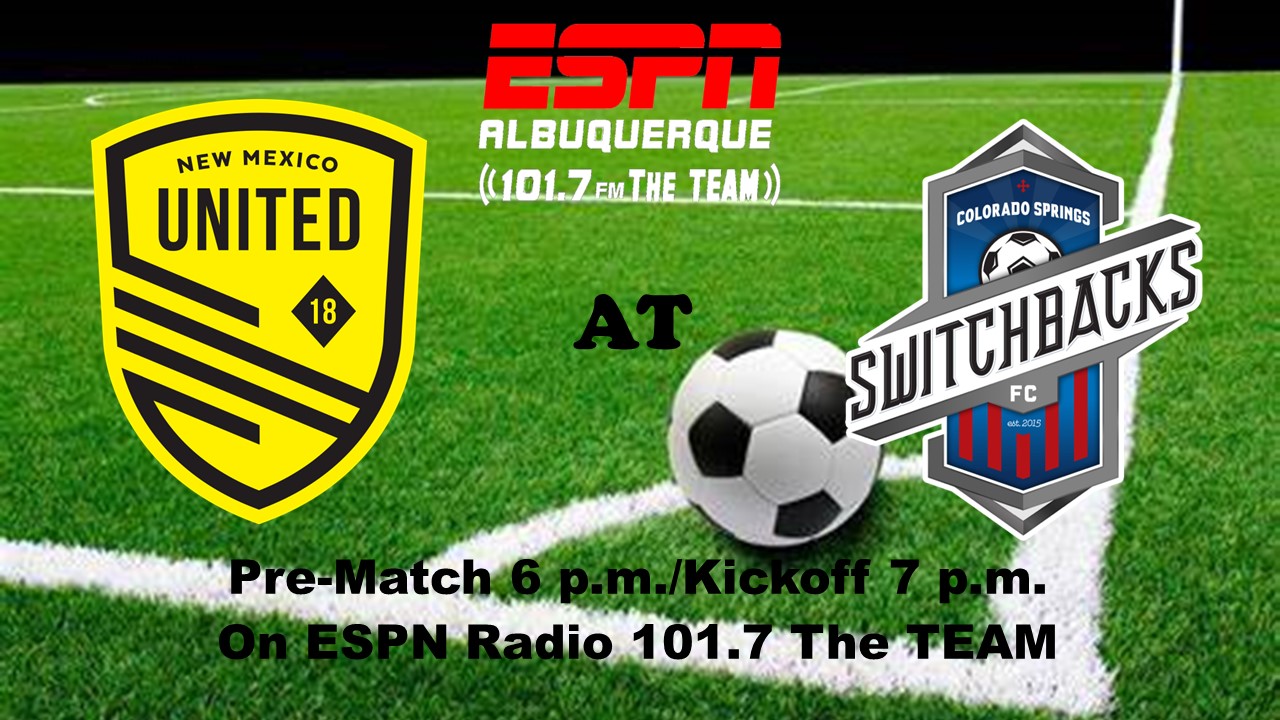 August is almost nearly finished, but United and Colorado Springs are just now meeting for the first time in the 2022 USL Championship season. The two matches coming up between the two sides could be instrumental in determining who potentially makes it into the playoffs as the third seed in the West. With the second seed likely out of reach for both clubs, finishing as the third would ensure their club has the opportunity to host at least one match during the playoffs this season.

Despite their losing record to United in 2021, the Switchbacks have become one of the more exciting clubs to watch since their coaching change. A late-season surge carried over into 2022 and the Colorado Springs side has been in the playoff hunt for the entire year. Earlier this season they seemed to have a balanced game plan, but all of that went out the window in July. Between July 18 and this weekend, the Switchbacks allowed twenty goals while only scoring eleven times and only winning once.

The thing about Colorado Springs is that they returned several players from the 2021 campaign, and the veterans are why the club is where it is today. Hadji Barry and Michee Ngalina both returned for another run at the USL Cup. With the addition of Cam Lindley and Elvis Amoh, club leadership made a strong statement about where they wanted to take the club. As in the past, its strength lies in its ability to play with pace. When the forwards are able to dictate the pace in the attacking third, Colorado is deadly.

Hadji Barry – One of the most prolific goal scorers in the league over the past two seasons, Barry is the target man in the Switchbacks game plan. This season he has help underneath which has opened up opportunities for him. If he’s allowed the opportunity to showcase his pace and get behind the defense, Barry could be in for a big day.

At the same time that the Switchbacks were going through their winless streak, United was as well. Both clubs picked up a win over the weekend and it’s debatable which one is more impressive. The Switchbacks beat Eastern Conference powerhouse Pittsburgh, while United defeated a surging Monterey Bay FC. One of the key pieces that United used against Barry in 2021, Austin Yearwood, continues to be out with an injury this weekend that has kept him sidelined for a few weeks. One thing that United has done well with in the past and this year is handling the pace from opposing attackers. Rashid Tetteh will have to be that guy this time out or even Raddy Ovouka, should he get the start.

The real issue for United though is the attacking form. Zach Prince’s side has shown moments of clarity where things start to click. It hasn’t quite come together yet, but the chemistry between the returning Kevaughn Frater and the rest of the side is quickly returning and will be a big help to the club down the stretch. Now that Neco Brett is missing time with an injury as well, Frater’s role takes on a new level of importance. With steady delivery from the midfield, Frater will either get himself on the scoresheet or pull enough attention away to open opportunities for others.

Alex Tambakis – With the shutout against Monterey Bay FC, Alex now holds the club record for clean sheets. His play and read of the attack will be crucial on Saturday evening. Colorado Springs presents what is likely the most dynamic attack that United has seen all season and can come at goal from different angles. A strong performance from the native of Greece will give United a very good chance at picking up a crucial win on the road.

Saturday evening’s match is scheduled to kickoff at 7:00 p.m. (MST) from Weidner Field in Colorado. The match will be streamed live domestically on ESPN+ and internationally on YouTube. Locally, the match will be broadcast live on ESPN Radio 101.7 The TEAM, via The TEAM app, and The TEAM website.