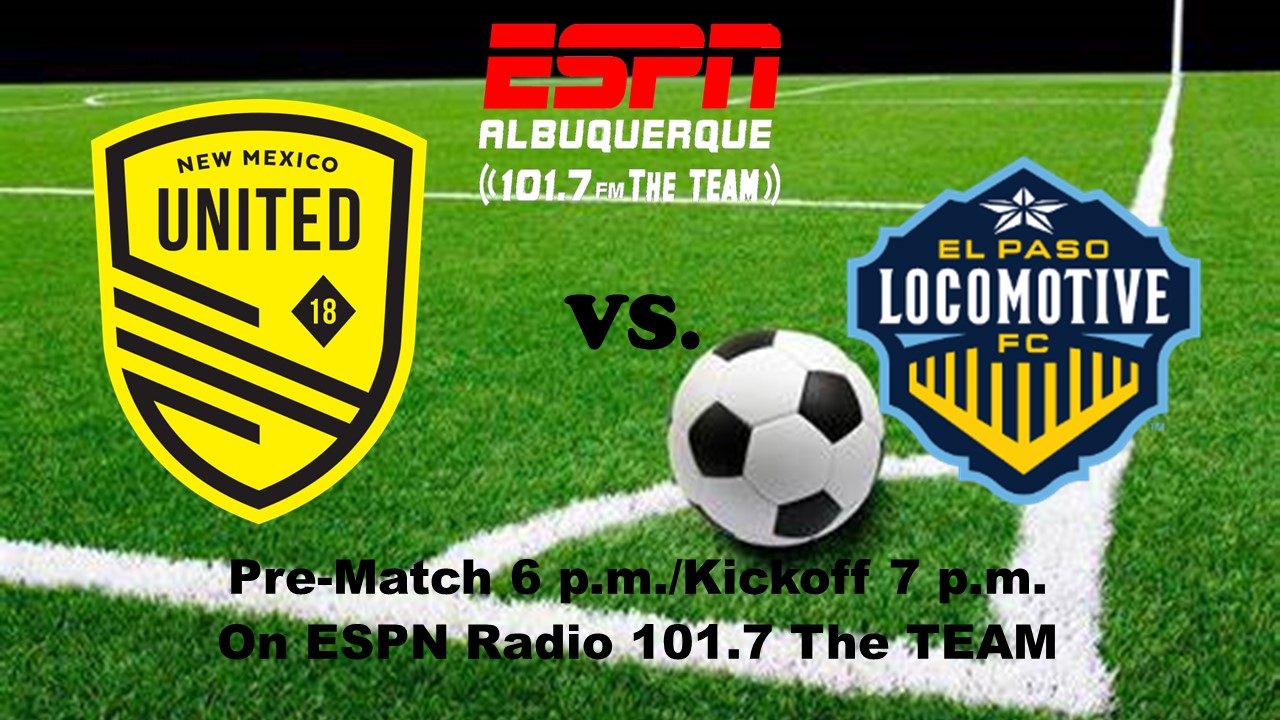 On Friday night New Mexico United and El Paso Locomotive FC meet in the second leg of the Derby del Camino Real. After the season series got started in El Paso, the two sides meet once again as the season nears its end. During the opener in El Paso, United came out on top, scoring twice to come from behind on the road.

Coming into the weekend, El Paso has had a tough run of late. They’ve only won twice in the previous ten outings and are barely holding onto a playoff spot. Manager John Hutchinson hasn’t come close to unlocking the potential of his club and with some mid-season departures they’ve been scraping by. At times they’ve shown that they still have some offensive firepower, such as in the match against the Switchbacks. At the same time though, keeper Evan Newton and the defenders in front of him have been at their worst.

In order to try and help stem the tide, Hutchinson has attempted to play Yuma in the back as a true defender. While Yuma has always been a solid player for the Locomotive, he alone hasn’t been enough. Quite possibly the most disappointing part of the El Paso club has been their midfield. Once they were solid under the leadership of players like Richie Ryan, but as a whole, the group hasn’t been good enough in any aspect of the game this season.

Luis Solignac – The Argentinian forward has been the best player for El Paso this season. Despite missing nearly a third of the season so far, Solignac has been the biggest danger for the Locos. After scoring four goals in the three previous matches, Solignac appears to have rounded into form and will be someone to keep an eye on.

United hasn’t fared much better than the Locos in their last ten matches. During the same stretch, United has gone 3-4-3 and just barely tread water to stay above other clubs in the Western Conference. Zach Prince’s men squandered chances to put space between them and the playoff line with their matches in hand and now find themselves only five points clear. A win on Friday would go a long way to finally securing their playoff berth this year. The magic number currently sits at fifteen points after the midweek results.

The issues for United have been the same all season long. A lack of creation in the midfield and failing to finish in the final third continue to be the sticking point for the Black & Yellow. Even with the hope that came along with the signings of Romario Williams and Kevaughn Frater brought, the issue persists. That lack of attacking momentum bit United against Colorado Springs where they only managed four shots. If the midfield can’t do better connecting going forward, El Paso could steal a point, or more, at The Lab.

Will Seymore – If he’s healthy, Seymore could play an integral role against El Paso. Whether he’s in the midfield or defense Will has been one of the best players for United this season. Stopping the midfield of El Paso will make an impact on the outcome of the match.

The rivalry continues on Friday night from The Lab. Kickoff is scheduled for 7 p.m. (MST). The match will be streamed live on ESPN+ domestically and on YouTube internationally. Locally, the match will also be broadcast live on ESPN Radio 101.7 The TEAM, via The TEAM app, and The TEAM website.