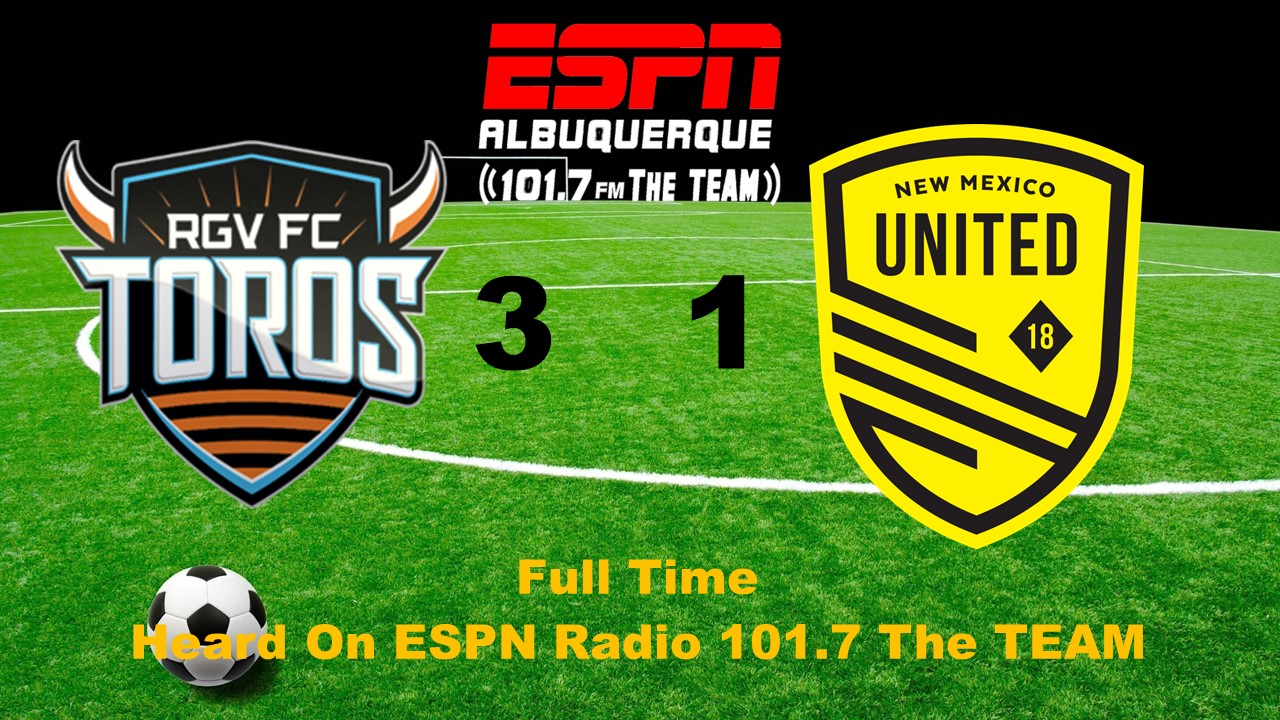 Rio Grande Valley proved to be more than a match for New Mexico United as they defeated the Black & Yellow by a final of 3-1. With the win, the Toros pull within two points of the playoff line while United’s hopes continue to diminish.

The night started off well for United, but they couldn’t keep the momentum throughout the entire night. United looked like they were on the right track early leading to a goal for Amando Moreno. When a square ball into the area took a deflection, Moreno was able to pull the ball down and drive a right-footed shot into the back of the net in the eighth minute.

Emilio Ycaza answered for the hosts seven minutes later. Wahab Ackwei played route one football, sending the ball over the top. Ycaza was able to beat Alexis Souahy off the run and on a one-timer put the ball across the face of the goal and into the far right corner.

With the score now level, the athleticism of RGV started to take over the match. It didn’t take long for RGV to put itself in front. Christian Pinzon took possession at the top of the box in the 22nd minute after United couldn’t clear their lines. Putting the ball onto his left, Pinzon laced a shot into the right side of the netting to go up 2-1.

Just when United looked to have a chance to square the score line, a mistake in the attacking third ended up giving the Toros their third goal of the night. Rashid Tetteh was played into the right side of the box before trying to square the ball to Devon Sandoval. Tetteh’s pass was off target and went clear to the other side of the pitch. Moreno forced his way back into the box before giving up possession and RGV went on a counter the other way. The Toros had a two-on-one scenario before them with only Souahy back on defense. Ricky Ruiz and Jonas Fjeldberg played the counter perfectly, allowing Fjeldberg to slot home the third and final goal of the night for RGV.

Emilio Ycaza – Ycaza played well against a defense that had at times been very stout. One goal, one additional chance created, and a positive duels won stat helped lead RGV to their first win over United this season.

United continue their road swing next weekend when they head to San Antonio. There they will face off against Western Conference leaders San Antonio FC in a match that they have to walk away with points from. The two clubs will meet on Saturday, September 17 at Toyota Field for a 6:30 p.m. (MST) kickoff.