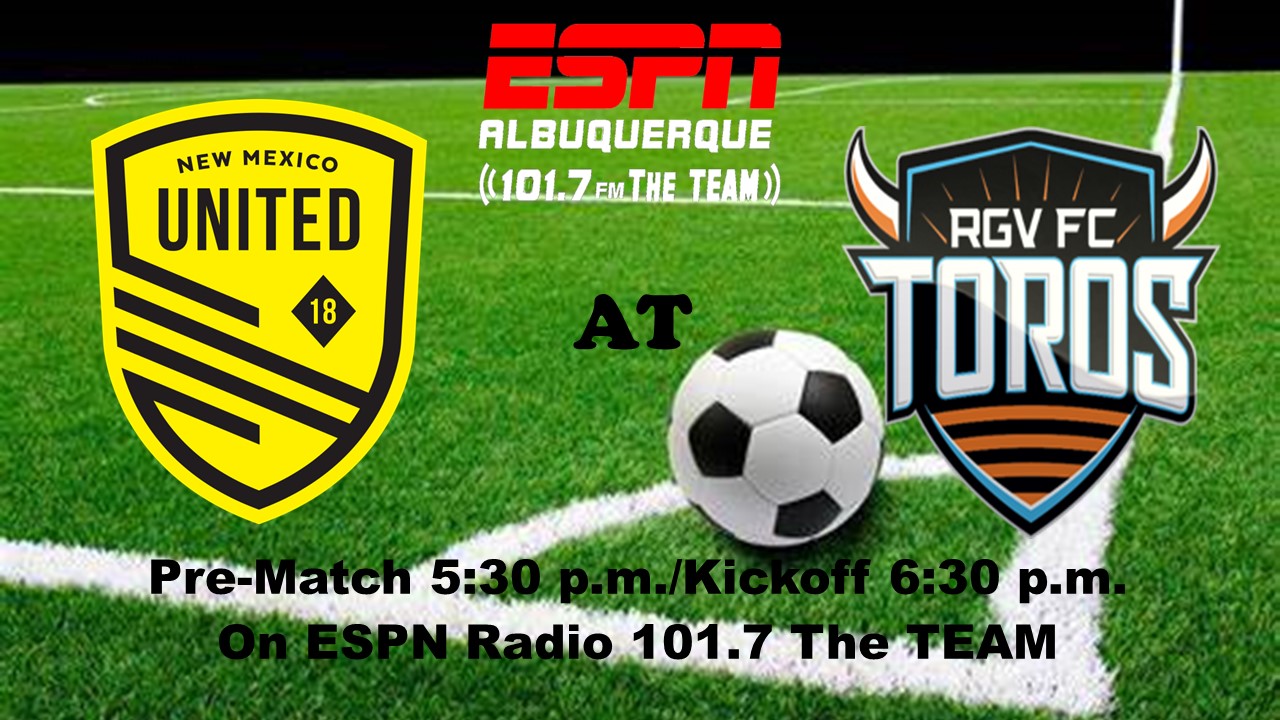 Even though New Mexico United didn’t do themselves any favor last weekend with their loss to El Paso, their playoff hopes were bolstered by other results. Somehow the results for the clubs around United in the standings continue to work out in their favor. The most recent bump to their playoff aspirations came at the hands of Rio Grande Valley FC. The Toros picked up a surprise win on the road on Wednesday against El Paso, keeping them at bay from closing the gap to United.

While the Eastern Conference playoff picture is narrowing, the Western Conference could be up in the air until the final weekend. Every club is still mathematically alive in the playoff hunt. Both RGV and Monterey helped their odds with wins during their midweek matches. The Toros started the season with six wins between opening weekend and the beginning of June, but in the three months since, they’ve only added three more tallies to the win column. Wilmer Cabrera’s club has been underperforming for much of the season and the backend of their schedule could easily break their run at the playoffs.

Christian Pinzon and Frank Lopez both picked up goals during the match against El Paso, taking advantage of El Paso’s difficulties dealing with pace. A case could be made that Lopez is the player of the season for the Toros since he’s been their top goal-scorer. The case could also be made for Chelo Martinez who leads the club in assists. The problem with trying to determine the top player for the club is that no one has been consistent enough to truly stand out. In a way, that plays into the hands of United on Saturday. Since the club won’t have to attempt to narrow their focus, the defense can remain fluid and adjust to every threat that Cabrera can throw at them.

Frank Lopez – The Cuban forward is reaching what should be the prime of his career, but he’s never really shown the sort of consistency required for his role. He’s a player that is capable of taking advantage of opportunities inside of the area, but lacks the finishing touch to be a significant threat. Against United, Lopez will need to play off the shoulders of the defenders and look for poaching opportunities.

United played well in their last outing, but couldn’t do enough to pick up even a point against El Paso. At the time, their odds of making the playoffs dropped significantly and the gap between them and the Locos narrowed to an uncomfortable margin. Still, with two matches in hand on the rivals from the south, United has a chance to put some more space between them before the regular season ends. They just have to find a way to put the ball into the back of the net.

Kevaughn Frater picked up a goal last weekend and looked dangerous the entire night. The player that really stood out though was Raddy Ovouka. The loanee was devastating on the dribble and created several opportunities for United. That sort of creativity and aggressiveness from the outside could be the key to unlocking the RGV defense. United will need to insert a counter-balance to Ovouka though, either through the middle or off the right wing to allow him chances to continue to create. The pace up top from United should also cause issues for RGV, who can be a bit slow to react at times.

Alex Tambakis – Tambakis hasn’t seemed as sharp as he did earlier in the year and he’s let a few more goals in than most would expect. He could have done better against El Paso, but the shots taken by the visitor were low xG attempts and well-placed. Against RGV, Tambakis should have an easier go of it, and if he’s able to react, United will walk away with a win.

Saturday evening’s match is scheduled to kickoff at 6:30 p.m. (MST) from HEB Park. The match will be broadcast live on ESPN+ domestically and on YouTube internationally. Locally, the match can also be heard on ESPN Radio 101.7 The TEAM, via The TEAM app, and The TEAM website.