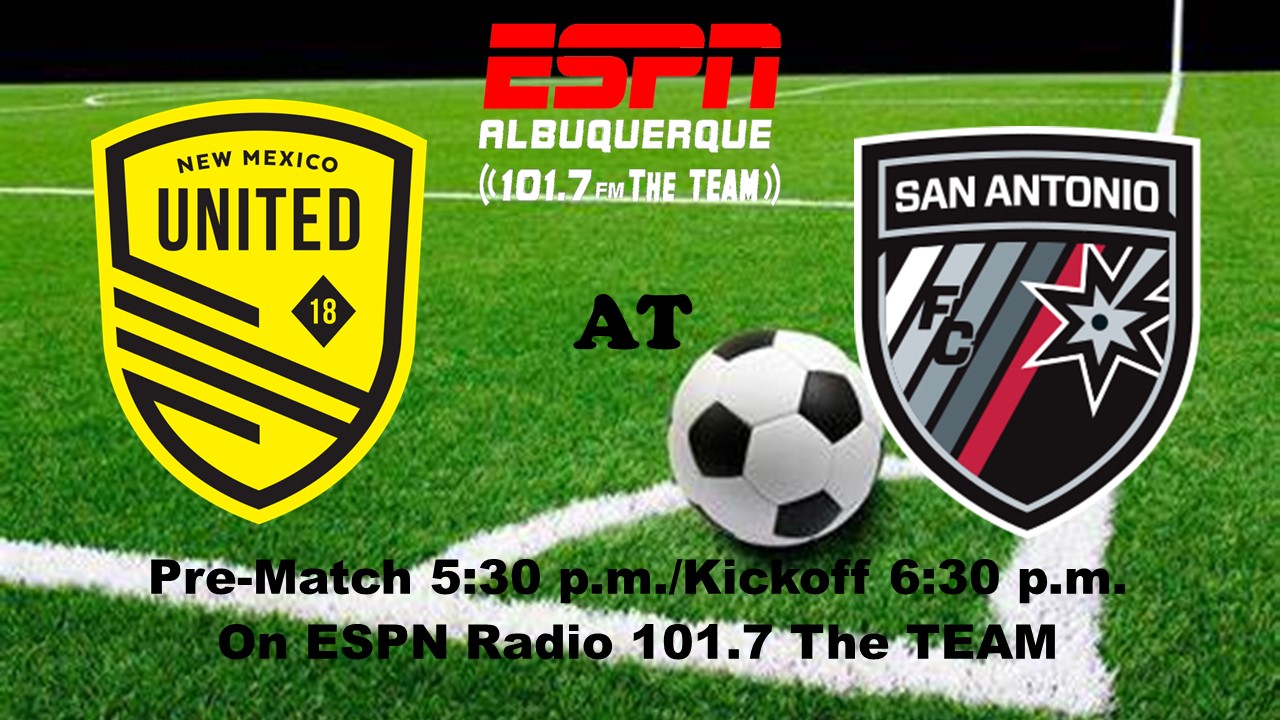 With three consecutive losses at their back, New Mexico United sits dangerously close to falling out of the playoff positions in the Western Conference. Six points are all that separates United from missing out on the playoffs for the second year running.

While United is fighting to hang onto a berth in the playoffs, San Antonio FC could potentially clinch home-field advantage this weekend. SAFC still needs some help in order to clinch this weekend, but they aren’t far off. San Antonio has been one of the best clubs in the USL Championship this season and is in contention for the Supporter’s Shield. Their wins haven’t always been easy, but they fought to an impressive 20-5-3 record.

San Antonio has no shortage of goalscorers at its disposal. Samuel Adeniran has notched nine goals in only sixteen appearances this season and has been a highlight for the club. After some early season struggles, San Antonio got healthy and signed some playmakers to help close their season. In limited appearances, Cristian Parano has been an important cog for Alen Marcina’s side.

Jordan Farr – The emergency keeper from 2021 is among the league leaders in 2022. Farr and the defense in front of him have only allowed twenty goals on his watch. Against a side that struggles to score, like United, Farr is in line to pick up another clean sheet.

United’s scoring woes are well documented in 2022. If not for the home performance against Phoenix Rising, United would be in the bottom half of the league in scoring. Even with the added threat of Kevaughn Frater and Romario Williams, the conversion rate hasn’t improved. The issue of finishing is compounded by the hit-or-miss nature of the chance creation from those playing deeper on the pitch. Under Zach Prince, the club has lacked consistency and that failure has United floundering at a time when they need it the most.

Even the defense has fallen off in recent weeks. United had one of the best defenses early on, but lapses and getting caught out of position have cost them dearly. Kalen Ryden’s performances have left a lot to be desired. Since his return from injury Ryden hasn’t looked the same, resulting in mistakes at the back. Alex Tambakis has attempted to make adjustments but has been hung out to dry too often. United’s core will need to be at its best in order to have a chance at dealing with the multiple threats from San Antonio.

Chris Wehan – Wehan put the dagger into the hearts of SAFC supporters during the 2020 playoffs and they haven’t forgotten about it. He hasn’t been as dangerous this season as we’ve seen in the past, but his set piece finishing could be what United needs in the attack on Saturday. Without a consistent scoring threat up top, a set piece may be the difference before the final whistle.

Saturday night’s match is scheduled to kickoff at 6:30 p.m. (MST) from Toyota Field. The match will be streamed live on ESPN+ domestically and on YouTube internationally. Locally the match can also be heard live on ESPN Radio 101.7 The TEAM, via The TEAM app, and The TEAM website.