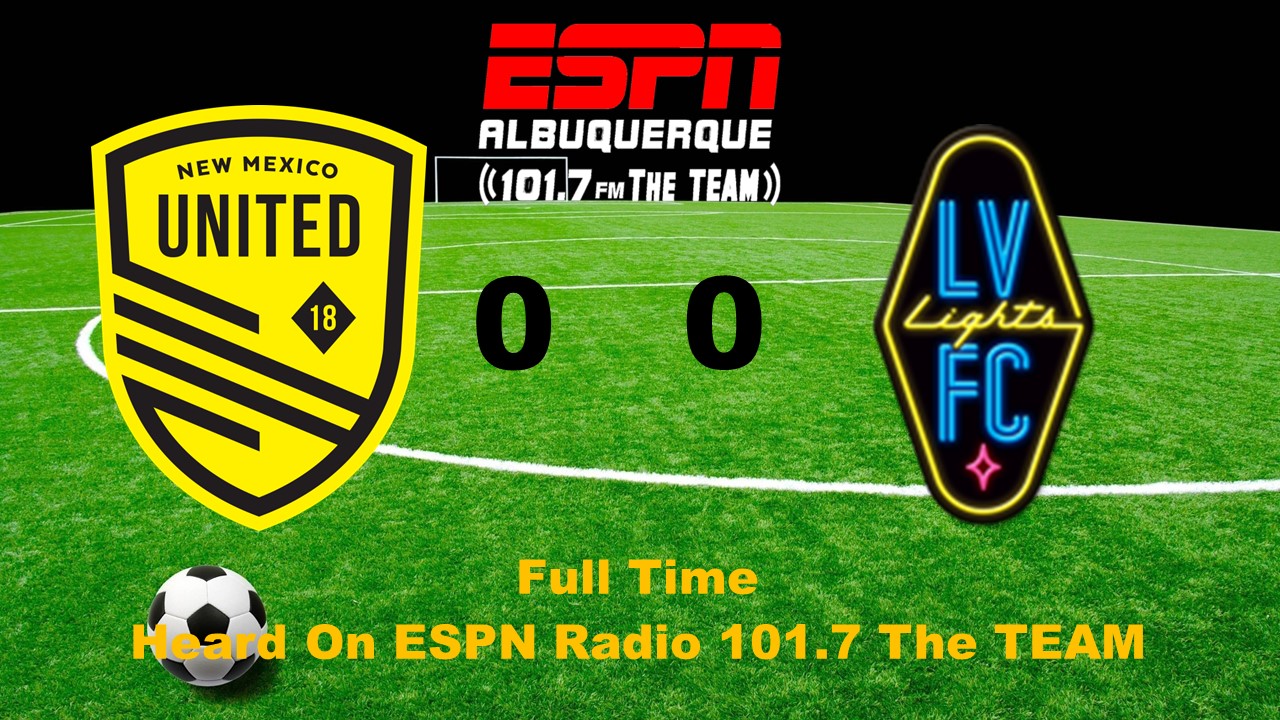 A win would have all but secured United’s return to the playoffs. An uneventful first half and a lack of finishing forced United into walking away with a single point after the 0-0 draw came to a conclusion.

Zach Prince knew that in order to come away with a result against Las Vegas Lights his side would need to slow down Cal Jennings and Danny Trejo. While the entire back line performed well, Will Seymore completely shut down Trejo for the entire match. Playing as a right back for the night, Seymore continuously matched up against the forward. Using his size to his advantage, Seymore’s pressure prevented Trejo from getting comfortable and caused him to be visibly frustrated.

The slower pace of the half came as a surprise to those watching. Both clubs are known for employing their speed and playing on the counter. Neither side would find that opening in the first half and only managed two shots a piece.

Even after the break, it took a while for the match to open up. Once it did though, the two sides began to find small openings. Of the chances that were being created, United had the majority of the good ones. The Lights barely threatened the goal other than a miss on a sitter from Jennings.

United looked more threatening as the second half neared its conclusion, forcing saves out of the Las Vegas keeper. The Black & Yellow appeared to have won a penalty in the 87th but according to the referee, it wasn’t to be. Chris Wehan drove toward the goal and was taken down as he entered the area by Dekel Keinan. Keinan received a red card for the DOGSO offense, but the referee ruled that the contact occurred outside the box, forcing United into a free kick. Despite their opportunities at the end, United couldn’t find a winner.

Will Seymore – Seymore was a man on a mission in Vegas. His physical play completely disrupted what Trejo wanted to do and he had an impact from whistle to whistle. Four tackles, four clearances, and three interceptions made up his stat line for the evening, but his play went well beyond the stats. This was a performance that showed how United could potentially play in the final matches of the season.

United returns home for a midweek match against LA Galaxy II. The match was previously unscheduled and wasn’t set until midway through the season. Like United, LA is fighting for a playoff position and this match is another must-win for both sides. That match will take place on Wednesday, October 5 at Isotopes Park.